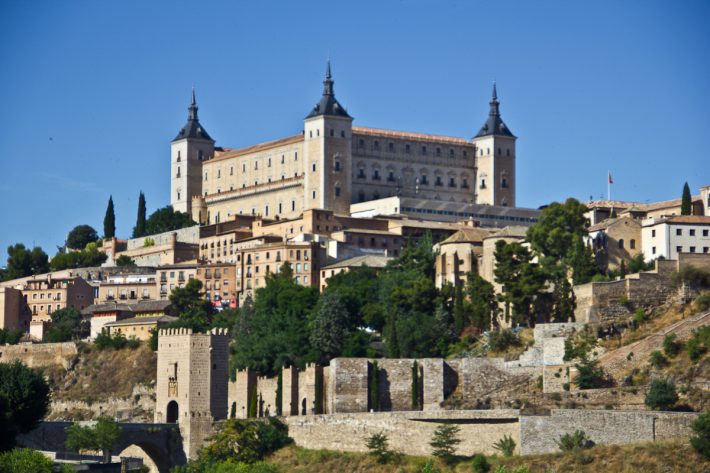 After a night out in Madrid, we awoke just 4 1/2 hours later to set off on our day trip to the city of Toledo. Toledo is a historic city that developed under the influence of multiple cultures and religions, turning it into one of the most unique cities I’ve ever seen. I’m not the only person to recognize its significance, as it is also a UNESCO World Heritage Site, and the seventh of such sites, that I’ve visited since the start of this blog.

Toledo is a city with influences from multiple cultures (Roman, Visigoth, Emirates of Cordoba, and of course the Spanish), religions (Judaism, Christianity, and Islam), and time periods. If you read up on Toledo before visiting you can actually see the different periods of time that the city went through and the way they affected the architecture. If you’d like more information on the Historic City of Toledo you can read the official description from the UNESCO website here. Here are a few photos I was able to take during our time there.

As always you can click the photos to enlarge them. 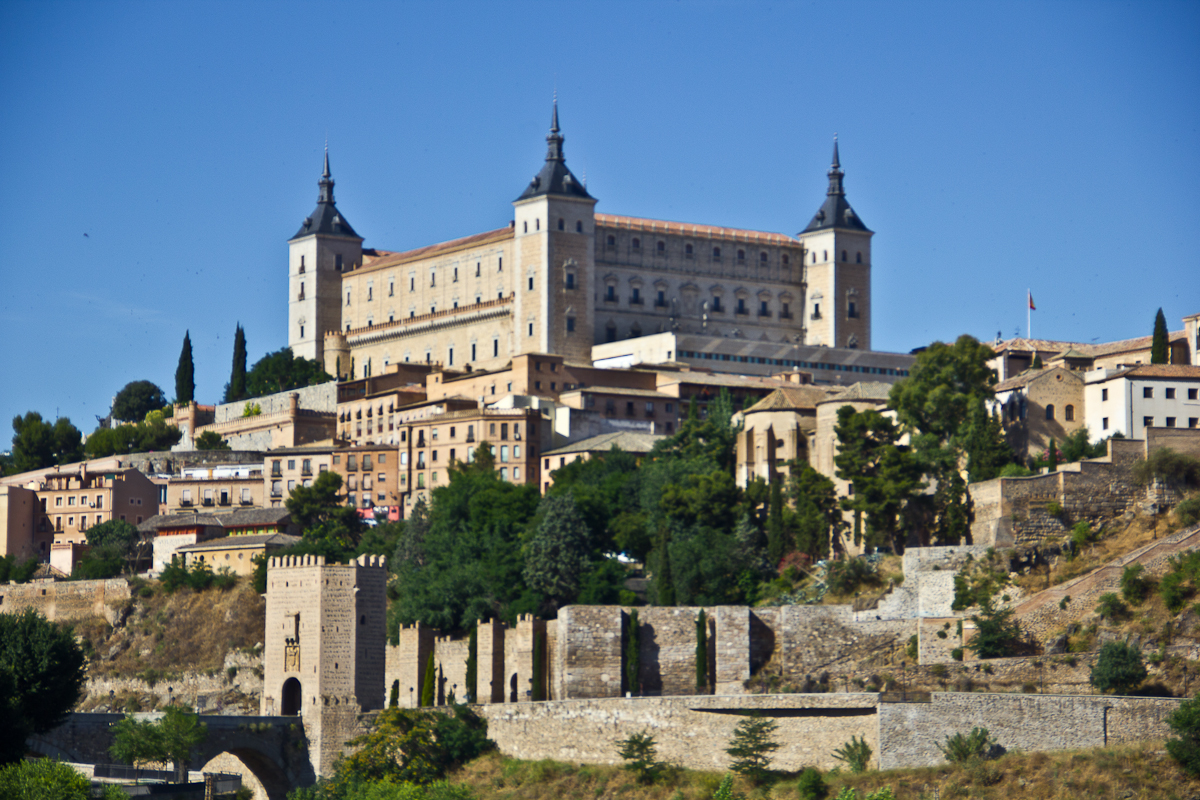 The Alcazar stands at the top of the main hill of the city, and was originally built by the Romans, but used by subsequent ruling cultures. It currently houses government departments and also an outstanding museum that we were fortunate enough to get into for free because it was Sunday. 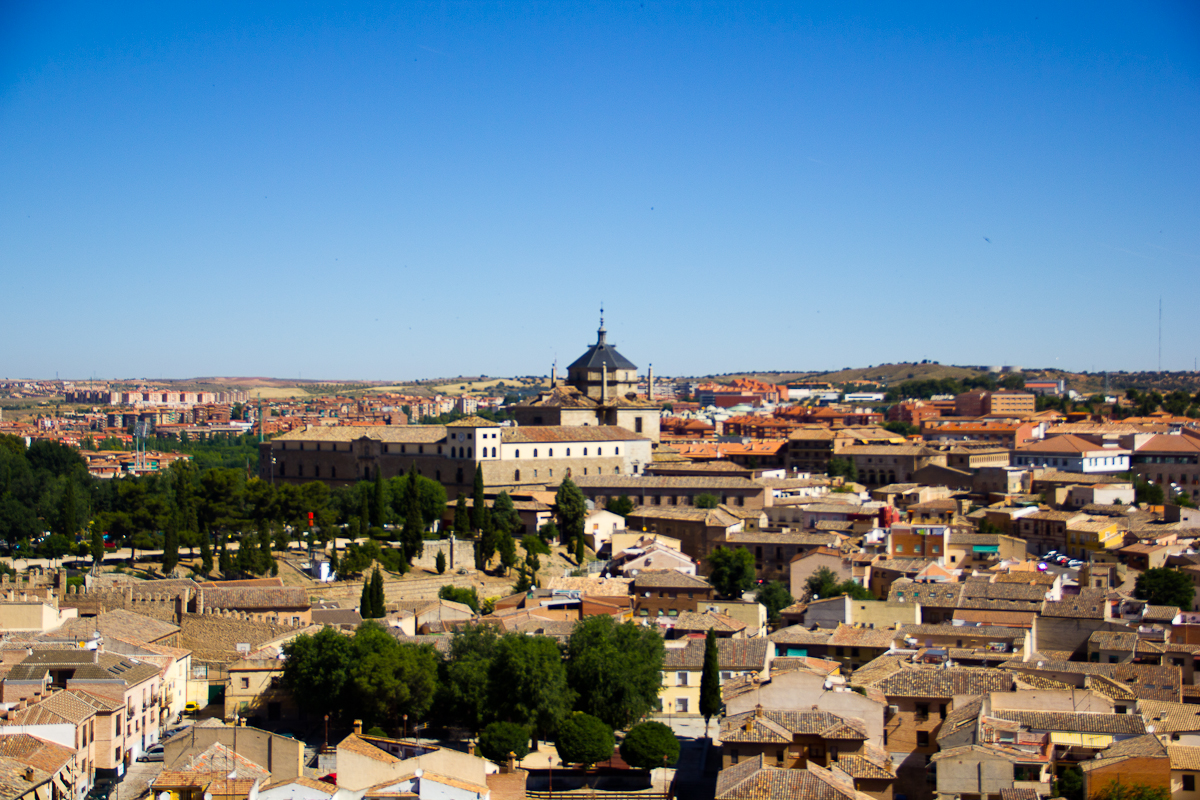 As you climb the main hill of the city you get an amazing view over the rest of the city. 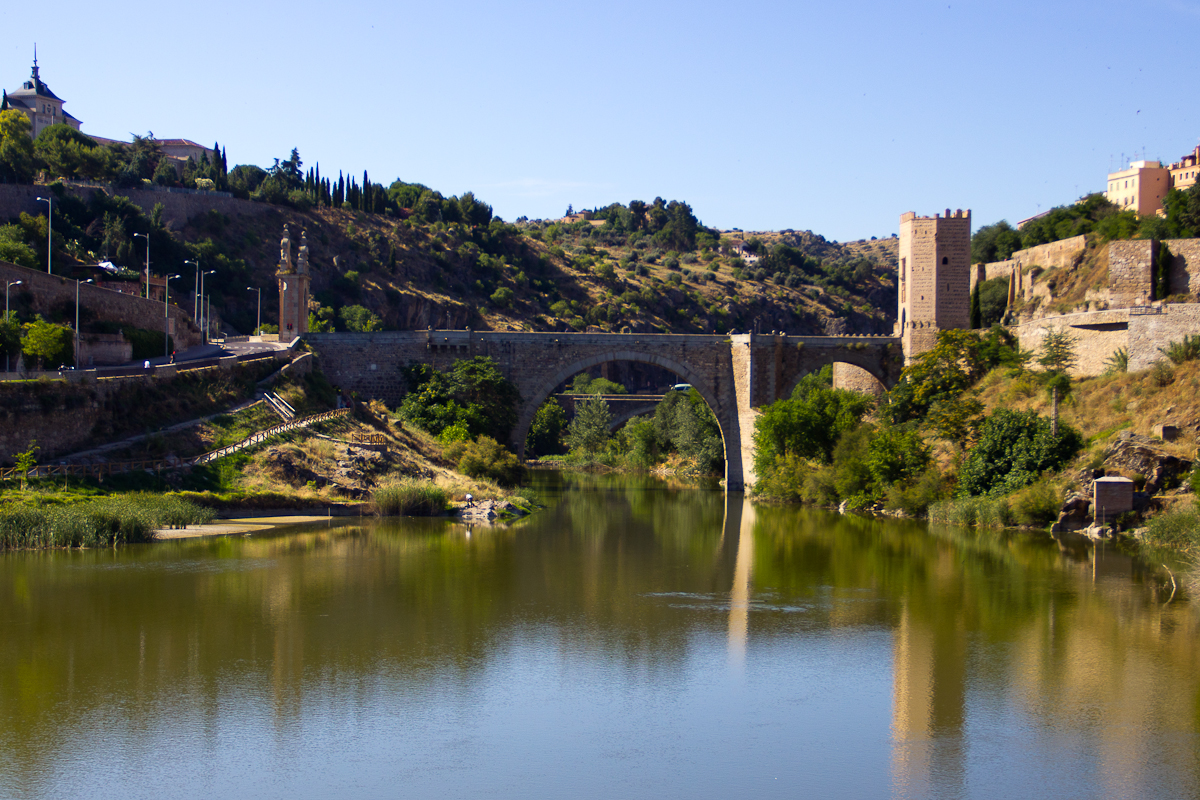 A bridge crosses a river that runs through one part of Toledo just down from the Alcazar. 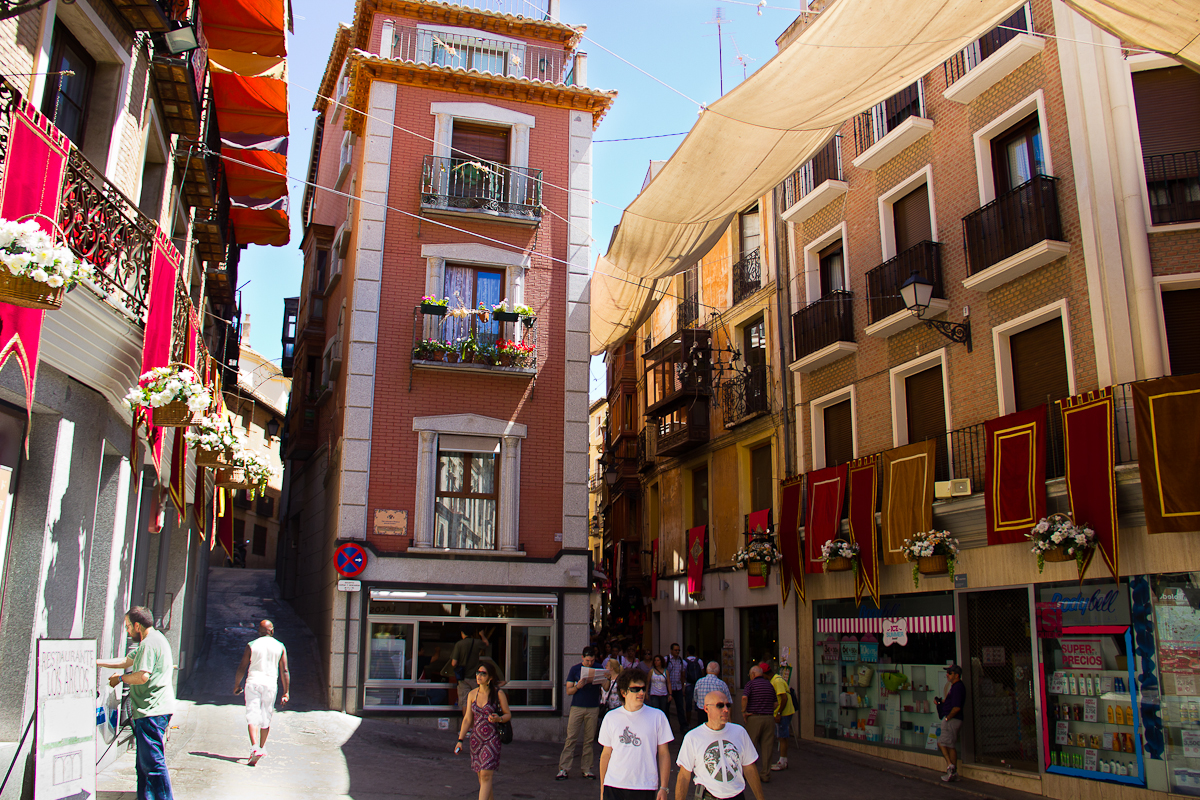 The streets of Toledo were small and winding. Danielle said they reminded her of Venice, but I’ve never been so I can’t say much on that.. They were elaborately decorated, and many had fabric hanging across the top. I’m not sure if this was decorative or meant to provide shade, but it did both. 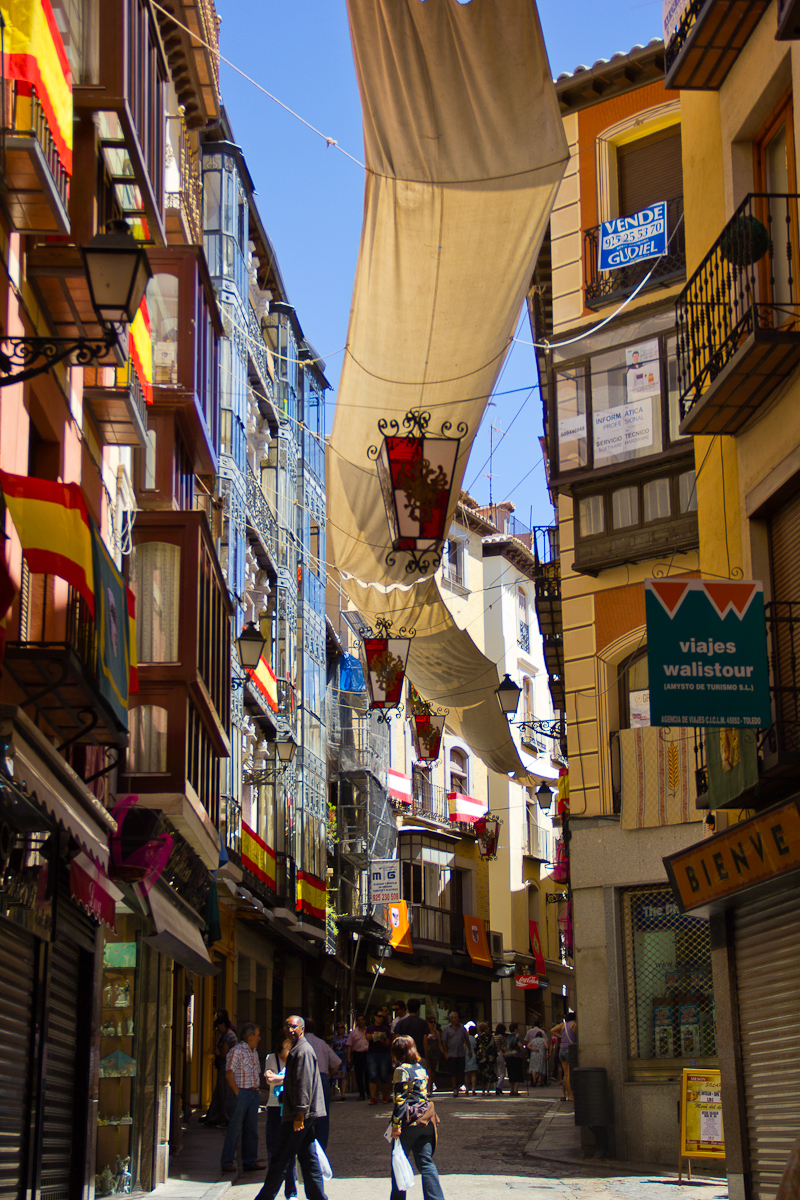 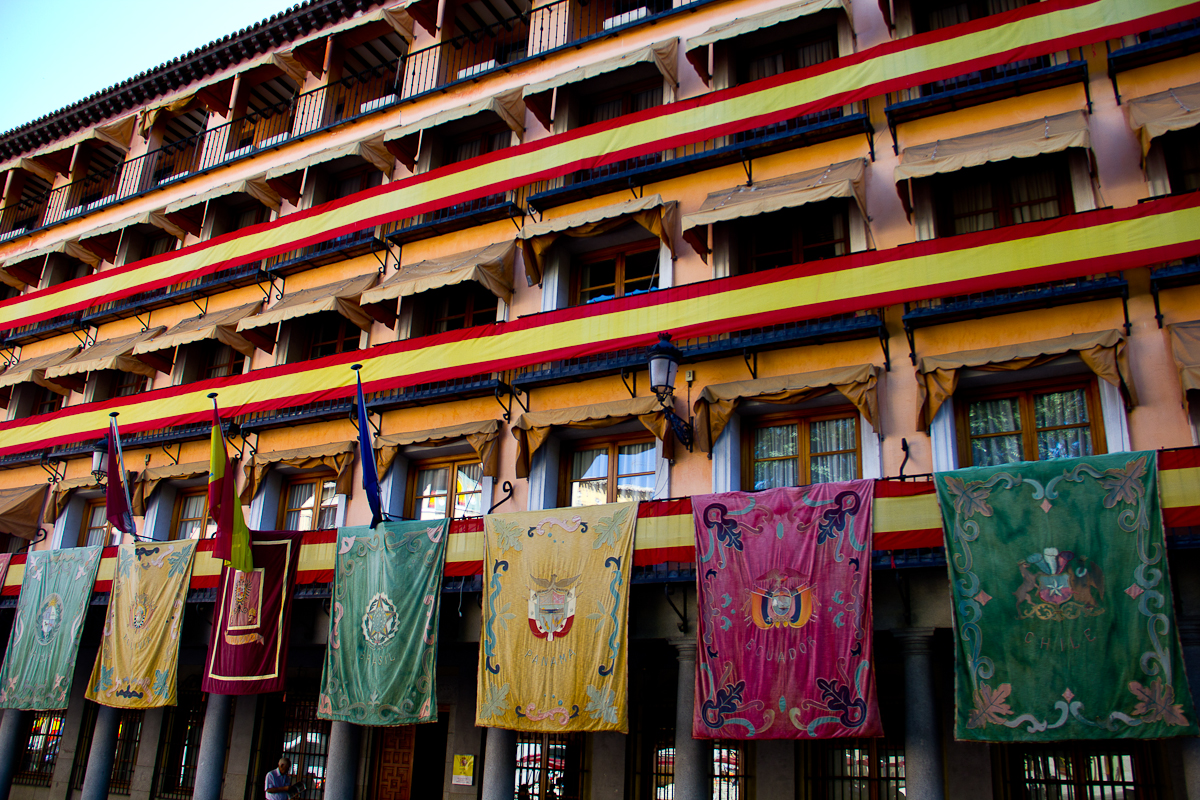 A building (which I believe to be a government building) is decorated with banners for many Latin American countries from Central and South America. I’m not sure if they were all accounted for but I saw quite a few. 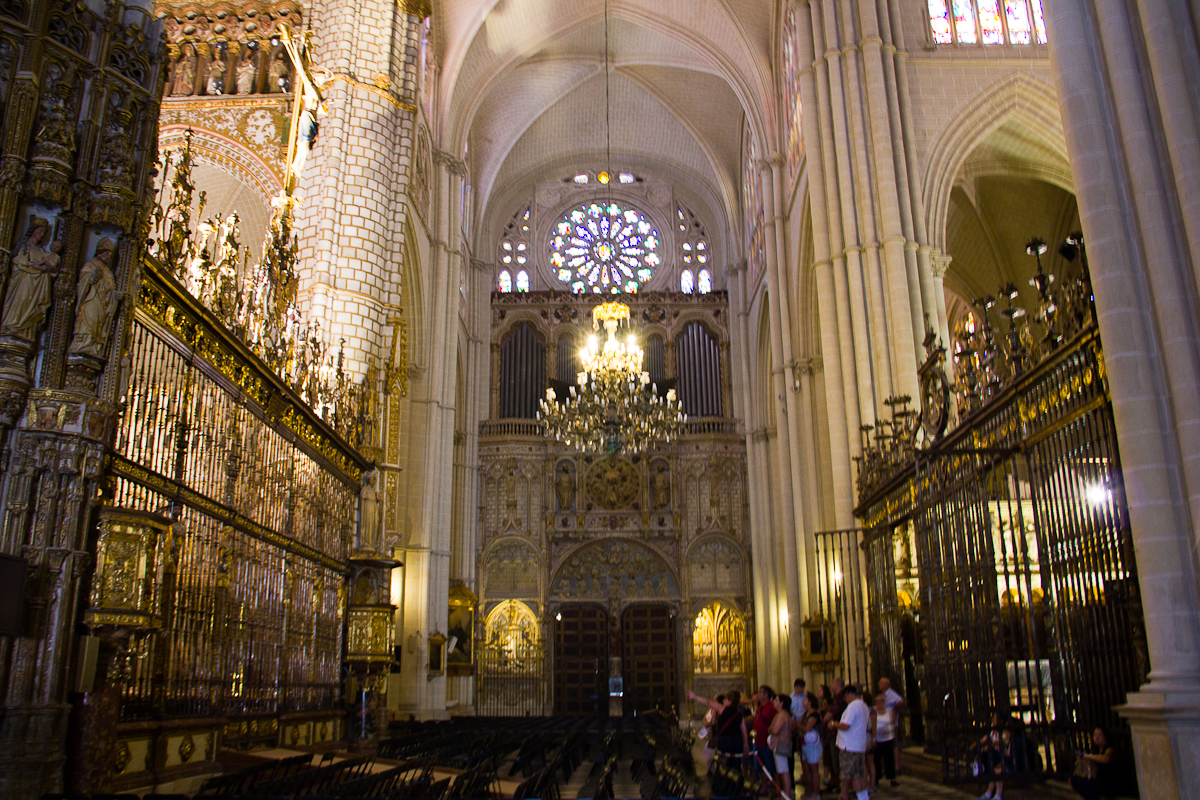 The Toledo Cathedral is the most impressive cathedral I’ve ever laid eyes on. The main portion of the building required an entrance fee but we managed to find an area we could get in for free. What you see in this picture is the main light in the center of the cathedral. To the left is the alter which is surrounded by an ornate and (as you can see) expensively decorated “cage” and to the right is additional seating. The area to the right has a specific name but I can’t remember, anyone out there know it? 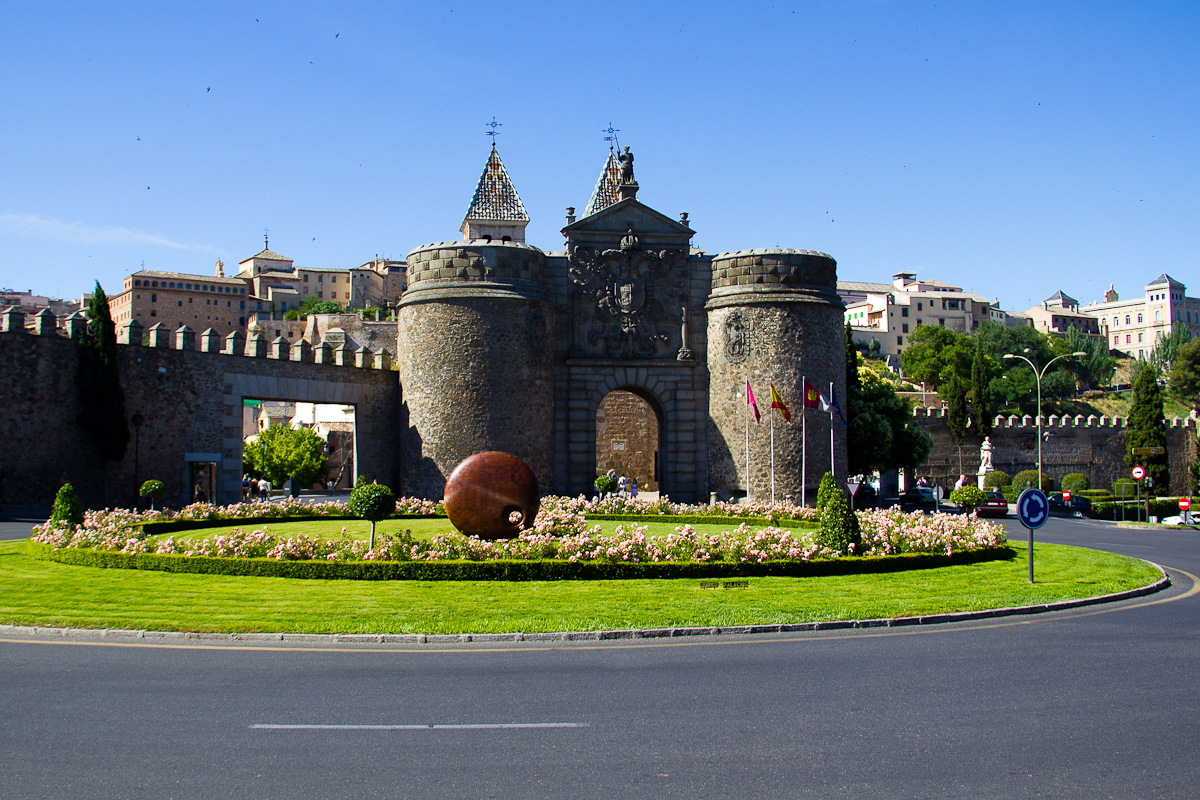