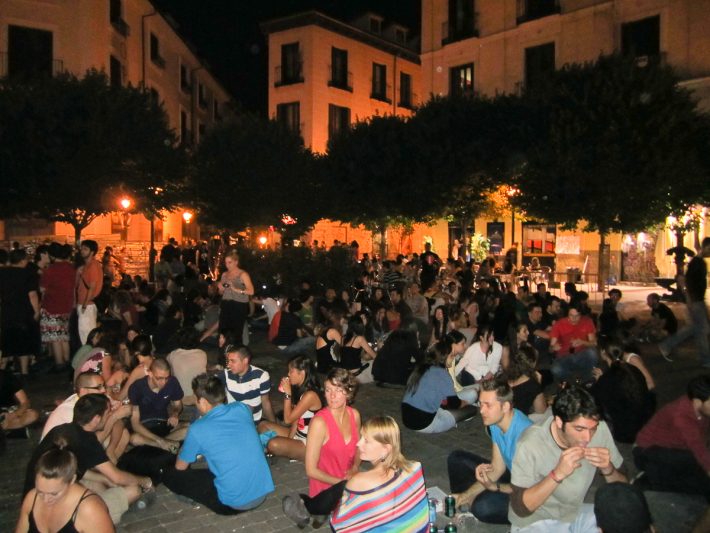 Danielle (my girlfriend) and I, arrived in Madrid this past Saturday at around one in the afternoon local time. It was our first time to Madrid, our first time to Spain, and my first time ever setting foot in Europe! After an overnight flight on a discount airline with fellow passengers competing for the “who can talk the loudest at 3am” award, we arrived exhausted, but very excited for the 3 Â½ months ahead of us.

Our time in Spain began with us stumbling through our first attempt at the Madrid subway system. It’s bad enough that we are from Florida and underground transportation is as familiar as walking on the moon, but add in a language barrier, and you can easily see why we spent a vast majority of the adventure staring blankly at each other, unsure of what to do (I’m happy to report a full three days later we are now professionals). Our subway (or metro, as it is called here) ride took us into the heart of downtown Madrid to the home of our couchsurfing host (we’ll call him Leopold) who we’d be staying with for our first two nights in Madrid. We were greeted with open arms, and, for Danielle, some cheek kissing, which definitely caught her off guard. I laughed at her a bit, but it wouldn’t be long before I was the one forgetting this custom and looking like a silly American…

We could have easily dropped to the floor and slept for hours right then and there, but we were invited out for some exploring and a typical lunch with Leopold and another guest of his, a girl from South Korea. We couldn’t possibly turn it down and we were told not to worry, after lunch we would have a siesta before the nights events. It was at this moment, that I began to fall in love with that six letter word… S-i-e-s-t-a would become my favorite letters over the next few days! We headed out and were treated to a lunch including fresh apple cider that had to be poured in a certain way to get the correct taste, potatoes covered in a grayish aged cheese that had I taste I will probably never be able to put into words, and a few other traditional dishes from the region. It was a great time, and only the beginning of a truly memorable night.

Back home, when getting ready for a night out on the town, it’s common to get together at around 9 or 10 to drink a bit and socialize before heading to the bars and clubs at around 11. Here in Spain a very similar chain of events takes place, the only difference is the time of day that they take place at. We met a group of friends of Leopold’s, and other couchsurfers living in Madrid, at around 11pm in a square in one of the many entertainment districts of the city. Here we drank, socialized, and enjoyed the beautiful surroundings. At about 1am (an hour before closing time back home) we started to walk towards the club we were going to that night. Immediately upon seeing the front of the club the people with us started commented about how we were so early that there wasn’t even a line yet. Danielle and I were in shock. â€œEarly?!?!? What do you mean early? It is 1:30 in the morning!â€ I found out 1:30 in the morning is early when the clubs stay open until 6am. We were some of the first people to even walk into the place, and we were so exhausted that we left about an hour later, just as people began to arrive. 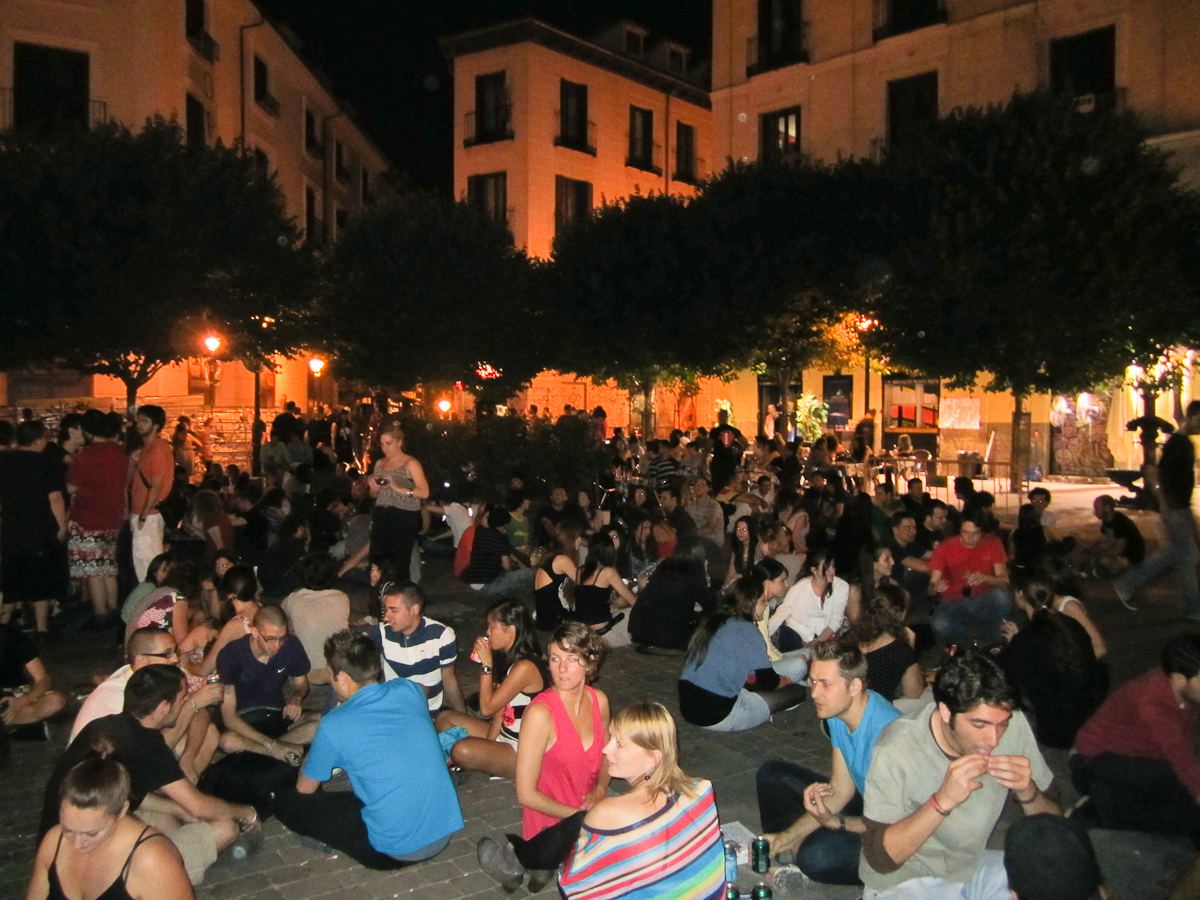 taken with a point and shoot camera

As entertaining as the club was, it was our time in the square, drinking, that was most memorable for us. Picture any public square or park in whatever city you live in. Now picture 500+ young adults scattered in every single direction you look. Some sitting, some standing, a giant movie screen playing music videos, and the local chinese population scouring the crowd selling beers for a euro each out of plastic grocery bags. That is exactly what was taking place on our first night in Madrid, and, apparently, it is a usual occurrence.

As we sat and sipped and discussed life and the way of the world I noticed a few cops meandering about the crowd. I started to wonder about this whole drinking in public thing, as it is a pretty big no-no back home but these cops seemed to be tolerating it. I asked if it was ok and the people around us laughed and replied, “No, this is completely illegal. (Explicit) those cops.” â€œWait, what?â€ I replied. My first night in Europe and Iâ€™m already breaking the law? At least give me a week to get settled in! But there we were, drinking our one euro beers, meeting people from around the world, and breaking the law as cops looked on. Weâ€™d later find out this was just one of the many ways the current youth are protesting recent actions of the government, but then and there, for us, it was harmless fun, and a chance to truly experience what it is like to live in the city of Madrid.