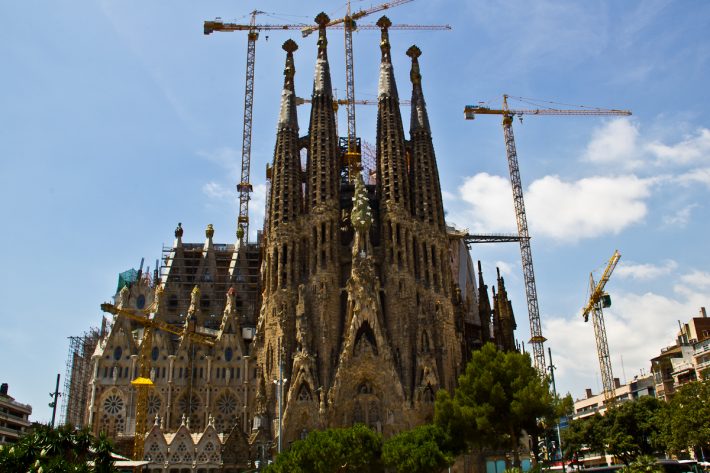 If you are fortunate to have visited Barcelona, then it is almost certain that you have been witness to some of the most famous architecture in Spain, the works of Antoni Gaudi. Gaudi was known for his mind-numbing uniqueness that went many steps beyond the imagination of architects of his day. The city of Barcelona was fortunate enough to be the playground of Gaudi, and throughout the city and the surrounding areas lie seven structures designed, at least in part, by Antoni Gaudi. Some of the most famous of these include Casa Vicens, Parc GÃ¼ell (originally the GÃ¼ell estates), and the most famous of all, his contribution on the church of Sagrada Familia. Although I didn’t have time to truly explore, or even make it to, all seven of these properties, I was able to visit the Sagrada Familia on multiple occasions to take in its wonder during both day and night. 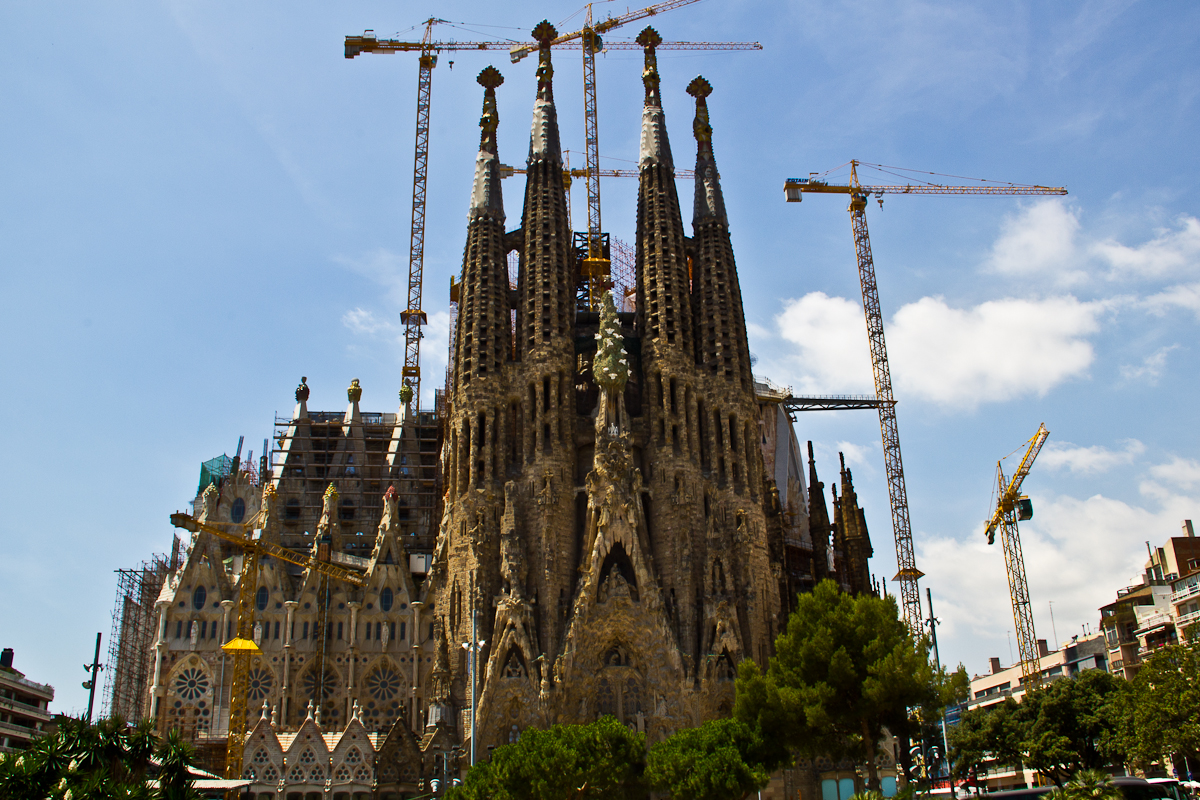 Construction on the church of Sagrada Familia began in 1882, and, as you can see in the photo above, still continues to this day. The original architect was replaced by Gaudi in 1883, and the original plans where quickly replaced and revitalized with the visions of Gaudi. At the time of Gaudi’s death, in 1926, only one quarter of the church was complete, and since then, progress has slowly moved forward through war time and budget loss. Present day, the church construction is progressing increasingly fast and although it was originally expected to take several hundred years to complete, there are now estimations that it could be finished between 2017 and 2026 (the centennial of Guadi’s death).

The Sagrada Familia has become the symbol of Barcelona, and many citizens and politicians are torn as to whether or not the new additions should even be made. Even in my photos you can see some striking differences between the Nativity facade (designed by Gaudi and pictured in the middle) and the areas around it. The other facade on the opposite side shows striking differences in design as well. No matter which side of the argument you may fall on though, it is impossible to argue against the current architectural feat that is on display in the heart of Barcelona.

Here are a few more shots of Sagrada Familia, and if you want more info and a much more in depth history, check out the the official description from the UNESCO website. You can also just google or check out the wikipedia page, which I highly recommend. 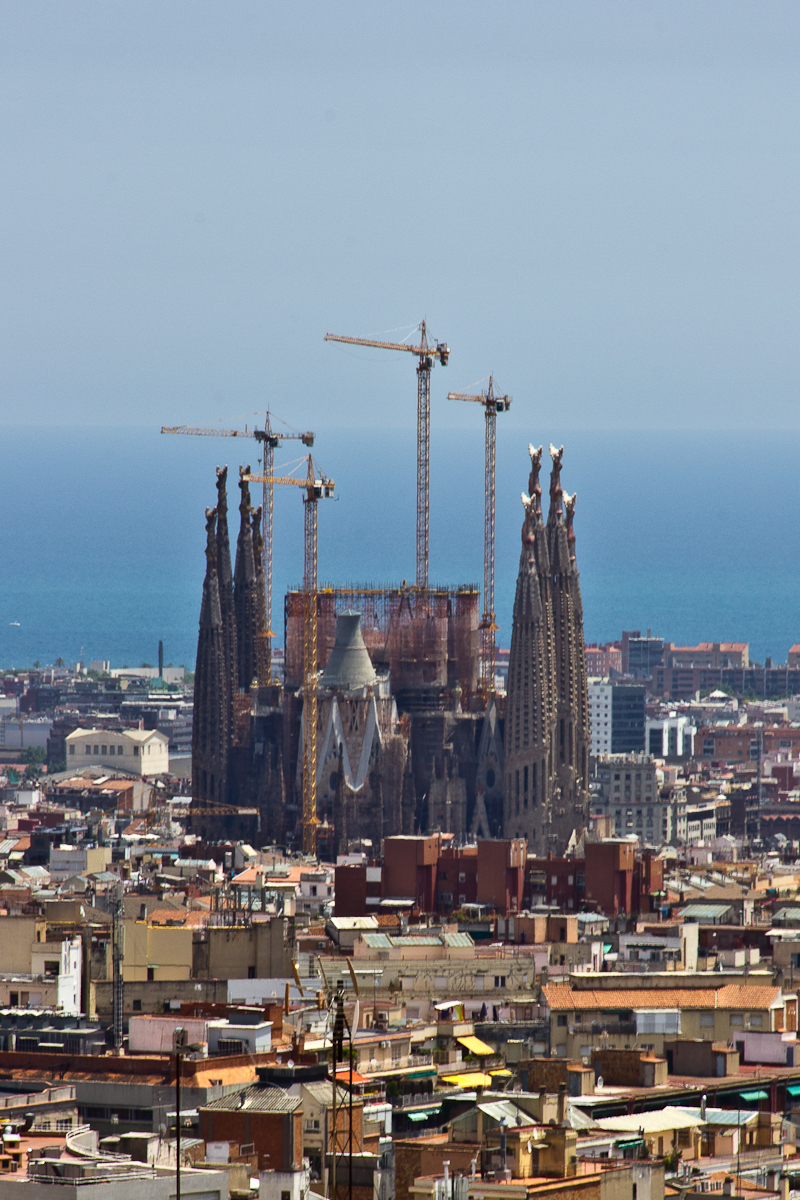 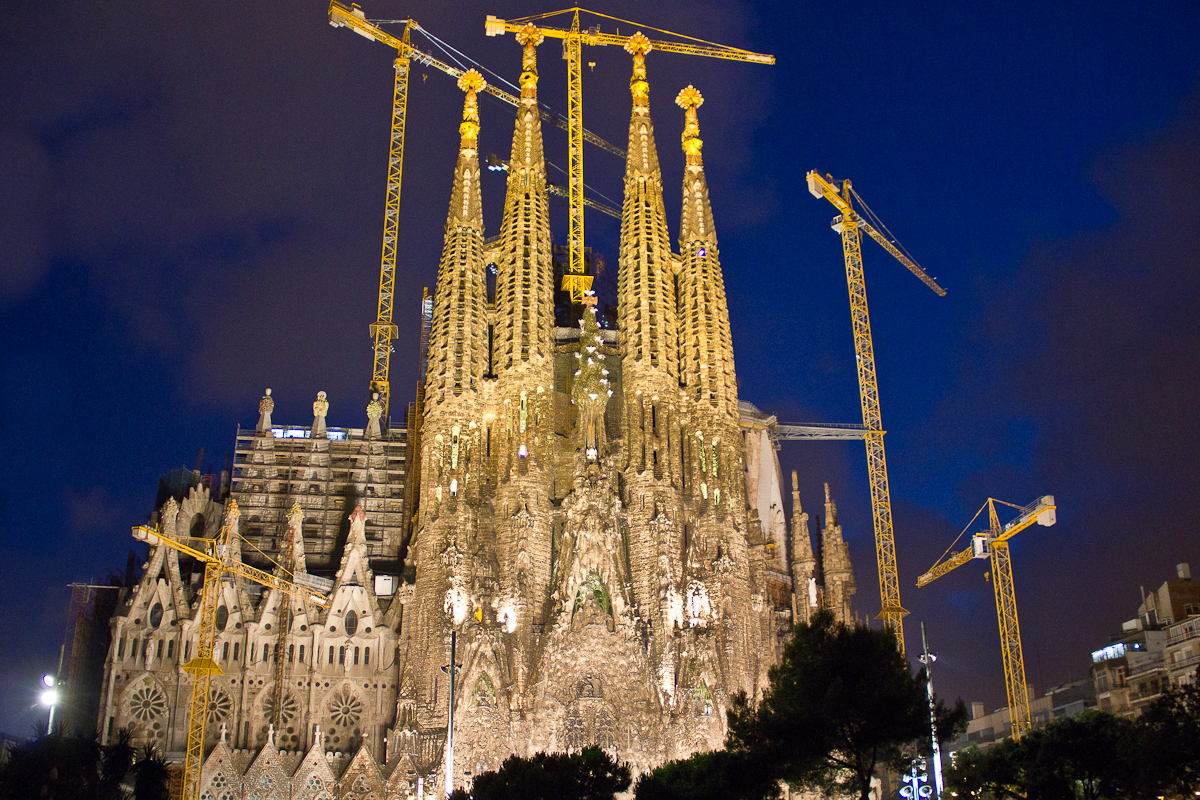 Each night the building is lit up with lights, creating a stunning scene that you can spot from many blocks away. 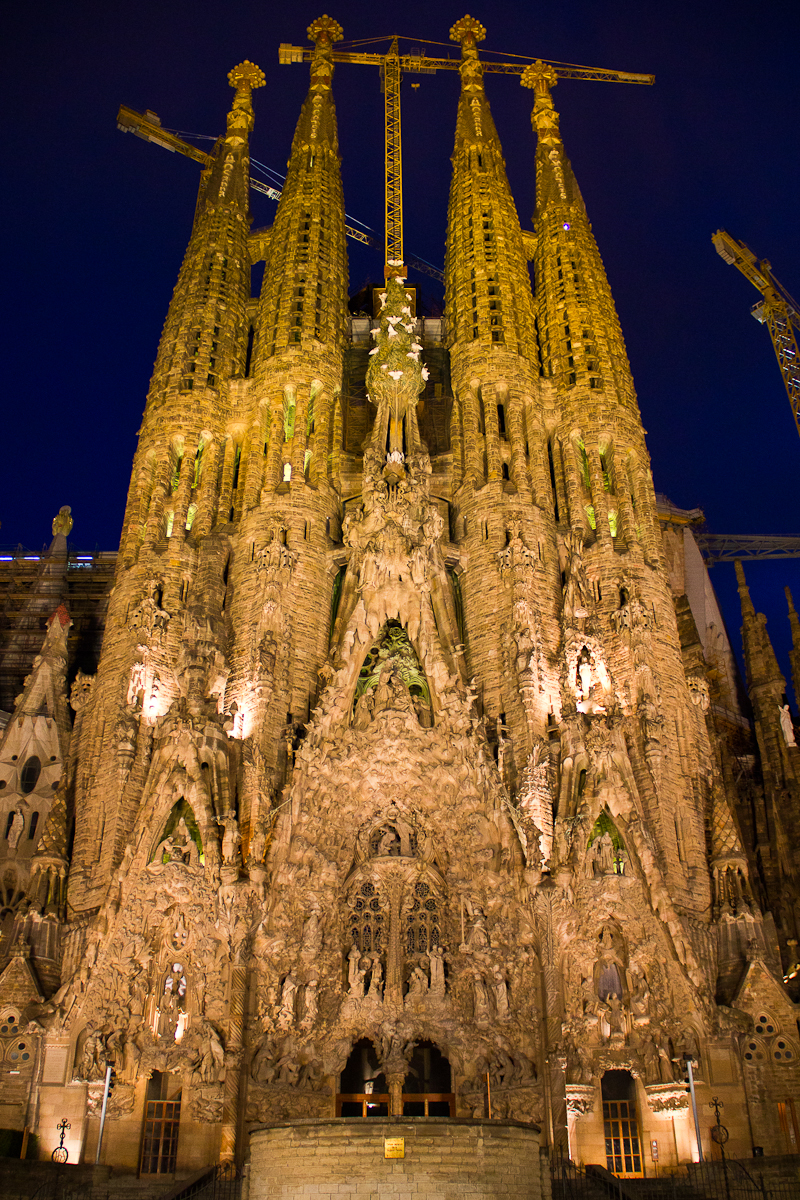 An up close night shot shows the stunning amount of detail that went into the Nativity facade designed by Gaudi. Seeing this makes it easy to realize why the first quarter of the structure took over forty years to complete.