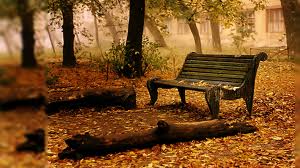 Summer may be the ultimate holiday season but there are many advantages to an autumn trip, which is good news if youâ€™re still out on the backpackerâ€™s trail. As well the beauty of the transitional season, as berries ripen and colours of red, purple and orange bloom, itâ€™s also much easier to escape the crowds, even in popular destinations. 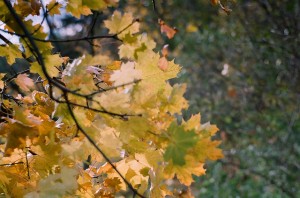 Price reduction of holidays during the autumn months is a major plus. The peak summer months and busy school holidays are over, and this is when hotels and travel agents start giving out the discounts. Reductions can be as much as 50% to 70% off so you can include long-haul trips like Mexico or Bali on your itinerary for much less than you would normally pay.

The Greek Islands receive high levels of sunshine year round and temperatures will still be around 27Â°C during autumn. Islands such as Corfu and Rhodes are more relaxed during the autumn, and you can explore the Ottoman heritage and Medieval districts of Rhodesâ€™ Old Town in relative peace. Warm rather than hot weather, uncrowded beaches and sea waters still warm enough to swim in, this is the perfect time to visit the Greek Islands.

Central European countries such as Czech Republic and Hungary are inexpensive destinations year round but a travellerâ€™s favourite during the months of September-November. Cities such as Budapest and Prague are especially romantic at this time of year and autumn visitors to Prague will be rewarded with leaf-strewn plazas and windswept lanes as they admire the ancient architecture of the castle andÂ St. Vitus Cathedral.

Head to the famous Italian Lakes during autumn to witness the transformation from lush summer greenery to autumn foliage. Lake Como, Lake Garda and Lake Maggiore are particularly beautiful at this time of year as is the weather; the temperature will be around 25C with seven hours of daily sunshine. This is the perfect season to cycle around the lakes, visit the many traditional villages and drop in on the Bardolino Wine Festival during October.

New York is one of the most desired holiday destinations and autumn, known as the â€˜fallâ€™ in USA, is one of the best times to visit. Central Park is the place to enjoy the maple and elm trees with their leaves on the turn. Prices do increase closer to the Christmas and New Year period, but an autumn visit will also be less expensive, saving more of your budget for a bit of designer discount shopping around Soho and Williamsburg or discovering a few of the famous speakeasy bars. 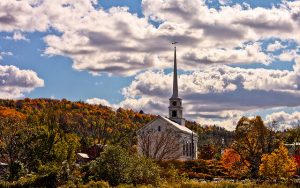 Visitors from all over the world travel to states such as Vermont, Rhode Island and Massachusetts in New England to witness one of the most spectacular autumnal displays. Billions of leaves change colour in New England and tourists and locals alike take weekend trips out into the country to witness this amazing natural masterpiece. If you are a lover of autumn then this spectacle has to be seen at least once in your lifetime.

Trevor Eades is a year-round traveller who is currently writing his way through Central and Eastern Europe.