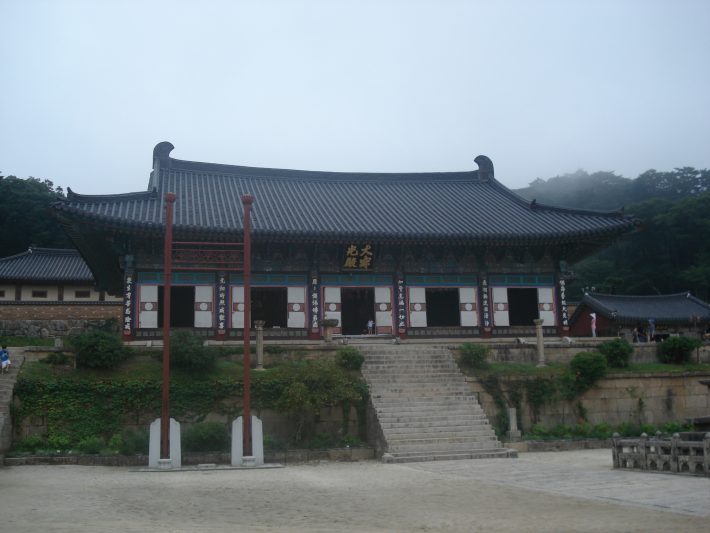 With a long history of Buddhism, and about a quarter of the population identifying as such in the 2005 national census, South Korea has over 900 Buddhist temples across the nation. Many of these are nestled within the countryâ€™s mountains, in locations believed to have the best feng shui of the area. As a result, these temples provide a haven and a welcome escape from Koreaâ€™s bustling cities. However, this doesnâ€™t mean they are difficult to get to, as most are readily accessible by the countryâ€™s efficient bus network.

Donâ€™t let the vast number of temples daunt you. Hereâ€™s a pick of the top five Buddhist temples to visit during your stay in the â€˜land of the morning calmâ€™. 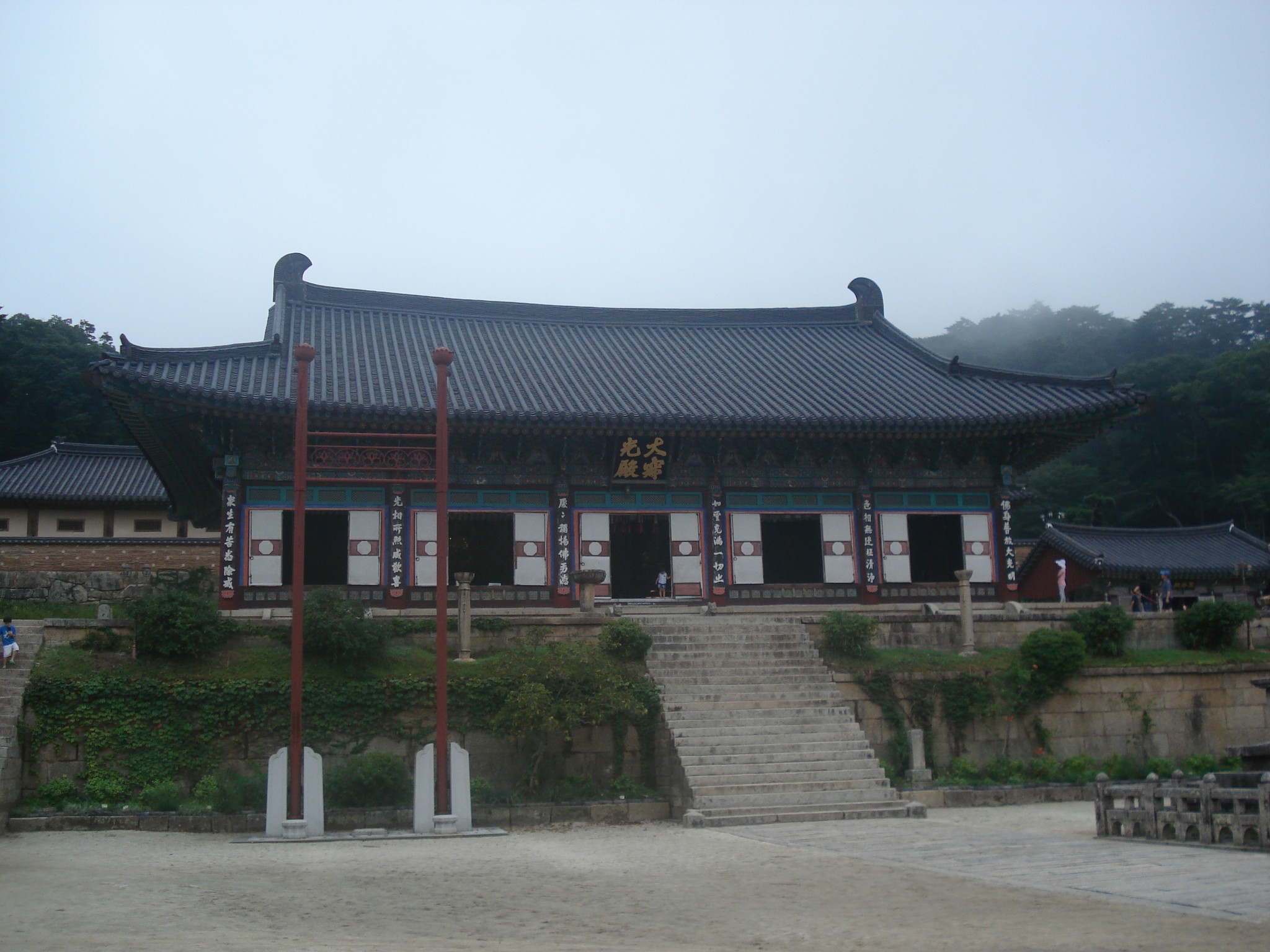 Situated within Gayasan National Park, Haeinsa Temple sits high up in the mountains surrounded by forest. First built in 802 and renovated numerous times since, Haeinsa is considered one of the three â€˜Jewel Templesâ€™ of South Korea, along with Tongdosa and Songgwangsa Temples. In 1995 it made the UNESCO World Heritage List along with the â€˜Tripitaka Koreanâ€™ – 81 258 woodblock carvings of Buddhist scripture that are housed within the Janggyeon Panjeon complex (the oldest part of the temple). Miraculously these woodblocks survived the fire in 1817 that destroyed most of the temple complex, as well as the Japanese invasion. 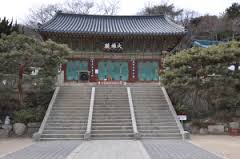 Beomeosa Temple in the busy port city of Busan, was one of the largest temples built under the Silla Dynasty. It was completely burnt down during the Japanese invasion of 1592, but reconstructed in 1613. At its largest, it had over 360 rooms and more than one thousand monks in residence. Nowadays, itâ€™s one of the countryâ€™s busiest and most popular temples for tourists to visit and is easily accessible by bus from Beomeosa subway station in Busan. 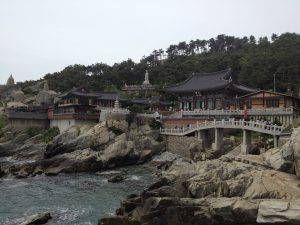 Another temple within reach of Busan is Haedong Yonggungsa. Built on the North-East coast of Busan, the temple is one of the few built on the shoreline. This makes for superb ocean views, but be sure to arrive early to make the most of them as this temple gets busy, especially during the warmer months and around public holidays and festivals.

Easily accessible from Gyeongju, Bulguksa temple is considered a masterpiece of Buddhist art. The temple itself has been destroyed by fire and theft many times over the years, but has since been restored to its former glory, all in historical accuracy. Bulguksa contains seven National Treasures including Dabotap and Seokgatap stone pagodas. Make sure to visit Seokguram Grotto nearby by catching the regular shuttle bus between the two. 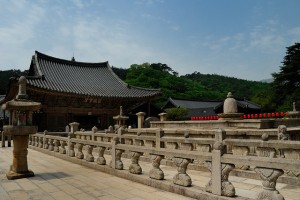 Tongdosa is Koreaâ€™s largest temple and is often referred to as â€˜the temple without a Buddhaâ€™ as there are no outdoor statues of Buddha on the temple grounds. Instead, the temple is arranged around several stupahs (mounds), which are believed to contain the relics of the Sakayamuni Buddha, including his robe, begging bowl and a bone from his skull. Tongdosa is considered a National Treasure and is another one of Koreaâ€™s three Jewel Temples.

This article was contributed by Elizabeth Somerville.