Iran is often a destination neglected by Western tourists because of international relations. Â Beyond the prejudices travellers will be surprised at the genuine warmness real Iran not depicted in Western Media. From the beautiful ancient cities of the Persian Empire to the rugged mountains, there is so much to be discovered about a country many donâ€™t really know anything about.

This beautiful work of art is located in the former capital of Isfahan.Â It is regarded as one of the great works of Persian Architecture. It is registered, along with the Nagh-I Jahan Square, as a UNESCO World Heritage site. The Mosque is also one of the treasures featured on Around the World in 80 Treasures. Travellers will be allured by the detailed seven-colour mosaic tiles and calligraphic inscriptions. The main dome is the largest of Isfahan, and reaches a height of 52 metres.

Once you get used to paying with local currency, youâ€™ll have a chance to see it again on the Iranian 20,000 rials banknote. Travel blogsÂ are a great way to find out more fun facts.

Persepolis
Another UNESCO World Heritage Site, Persepolis is the symbol of Iranian nationality. It is a vast city-like complex built 2500 years ago. Make a day-trip from the city of Shiraz. It was the ceremonial capital of the Achaemenid Empire.Â It was built on an immense half-artificial, half-natural terrace, where the King of Kings created an impressive palace complex inspired by Mesopotamian models.
Not to miss is the Apadana. It is the largest and most impressive building that was used mainly for receptions by the kings. Despite once being burned by Alexander the Great, thirteen of its seventy-two columns still stand on the platform that leads to two monumental stairways. 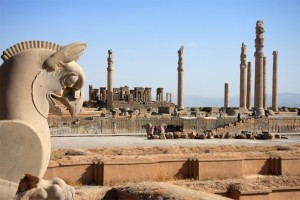 Naqsh-e Rostam
Not too far from Persepolis, another archeological site is in reach. It contains mainly of four ancient tombs belonging to Achaemenid kings. There are also seven rock reliefs depicting Sassanid kings. Naqsh-e Rostam can be considered a hiking activity as there is an abundance of nature around to explore and capture photos of.

Shop and Play at Kish Island
An island south of Iran, it is a free trade zone and often regarded as a â€˜consumerâ€™s paradiseâ€™. This is the place to be if you are looking for Western comforts with Persian gulf culture. Not only are there shopping malls and resort hotels, but some natural and historic sights too.
-The Green Tree Park: with the oldest trees on the island. Entry is free for all.
-Underground Town of Cariz: more than 2500 years old, it well-lit and spacious. 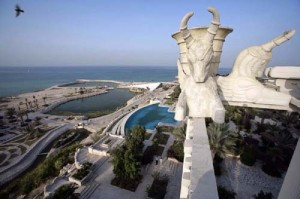 Qeshm Island.
If coming from Dubai, it is a $40 flight to get in. It is Iran and the Persian gulfâ€™s largest island. Qeshm is the place to go for ecotourist attractions. About 1.5% of the worldâ€™s birds and 25% of Iranâ€™s native birds migrate annually to this national geo park. Thereâ€™s also an old Portuguese castle on the island.
Despite the discouragement you might face and visa requirements to get in, the real Iran you will experience will truly be worth it. Perhaps you can even start aÂ travel blog! Take that home and prove to the rest of the world that we need to look at the world beyond CNN News.