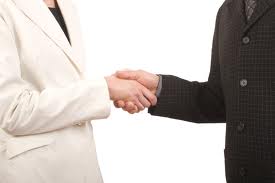 Here in the UK, we know to bring along a bottle or a dessert when visiting a friendâ€™s for dinner for example. Itâ€™s a pretty simple unspoken rule. In other countries and cultures though, etiquette can be verrry different. Do the same thing in Italy and youâ€™ll offend your host because theyâ€™ll think that what they are offering isnâ€™t good enough for you. It seems bizarre but, it gets weirder. As a case in point, here are just some the weirdest etiquette rules from around the worldâ€¦

And thatâ€™s just for startersâ€¦if I was to share all of the weird etiquette rules around the world Iâ€™d be here all day! Brush up on your public decorum rules to ensure you donâ€™t make a faux pas on your travelsâ€¦

Bio: Kerri Ware writes for Economy Car Hire, a holiday car hire broker based in the UK which provides car hire around the world. Remember, a free additional driver and built in excess insurance are always included in the price!