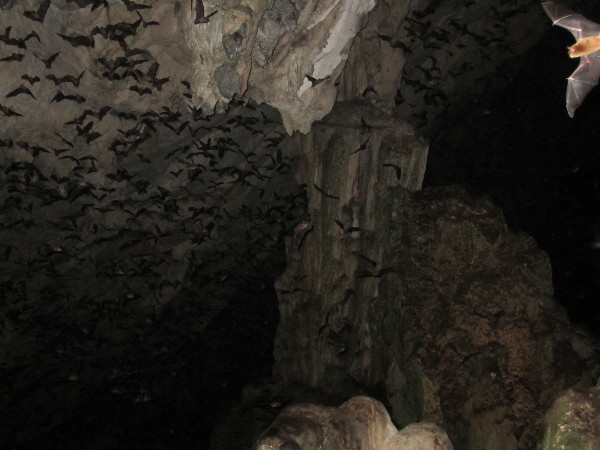 Two days ago I picked up my girlfriend in Guatemala City. She flew in to spend the last week of my trip with me. We spent the next two nights in Antigua (one of my favorite cities so far) but today we made our way across the country (it sounds far but it isn’t too bad) to the tiny town of Lanquin. Lanquin doesn’t consists of very much but is home to some amazing bat caves, and even more importantly, is just a short drive to one of Guatemala’s national treasures, Semuc Champey. We’ll be tackling Semuc Champey tomorrow, but in the mean time we took a short tour of the Lanquin caves, and I was pleasantly surprised with one of the more memorable adventures of this trip. 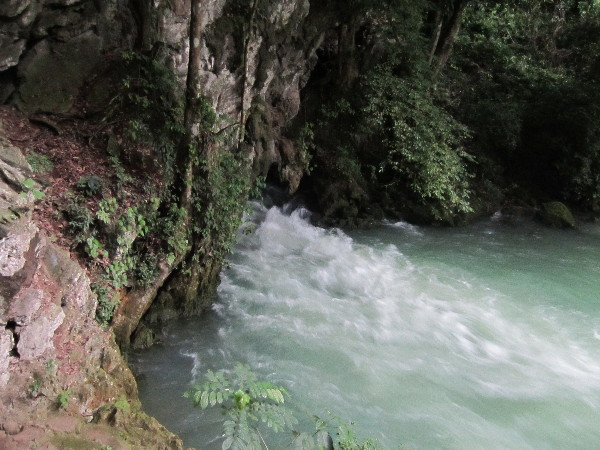 We started the tour with a view of the Lanquin River gushing out from the caverns. As you can see it was escaping with quite a bit of force and created an impressive current. 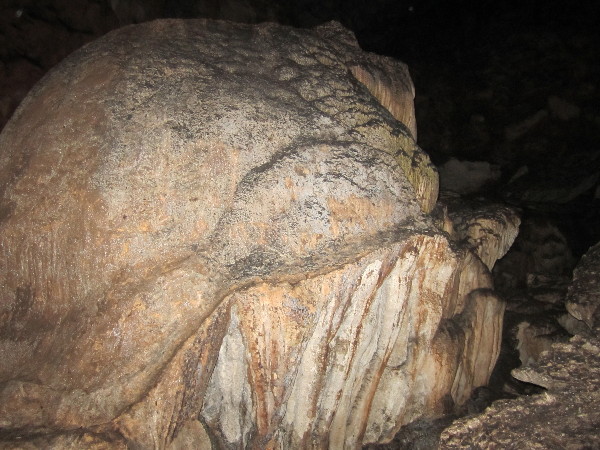 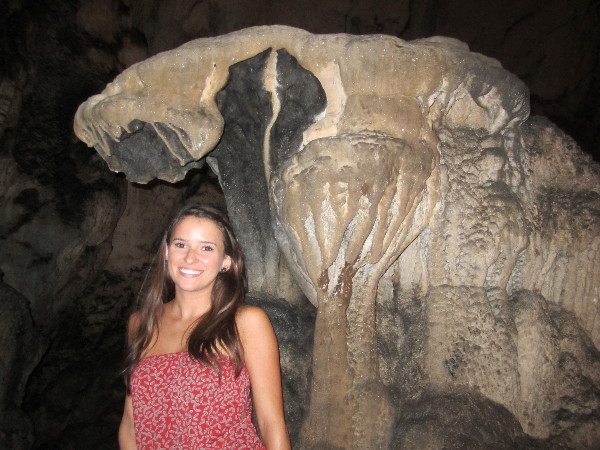 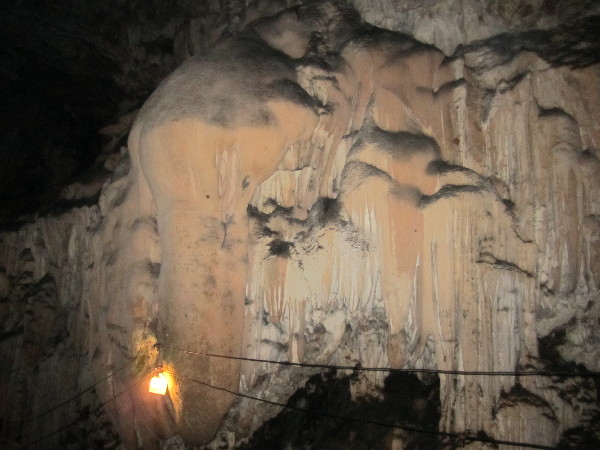 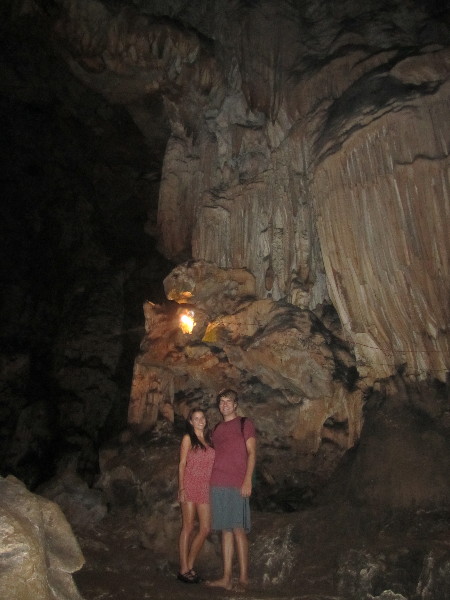 Many of the caverns towered high above our heads. 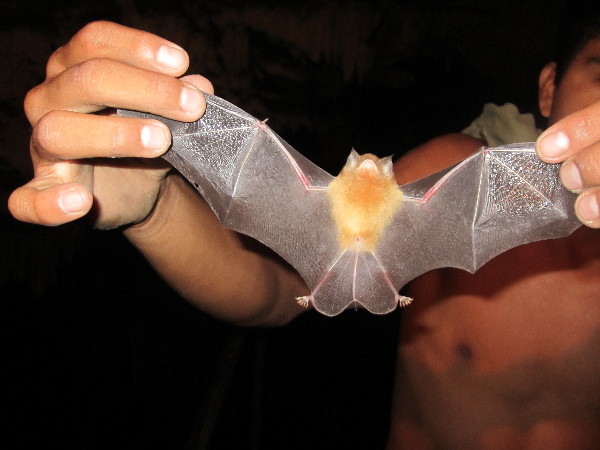 Our guide slipped away into a cavern for a few minutes and came back to us with a small bat in his shirt to show us what they looked like up close.

At the end of the tour we went back to the opening of the cave, they then turned off all of the artificial lighting and we were treated with a show of over a million bats leaving the cave. 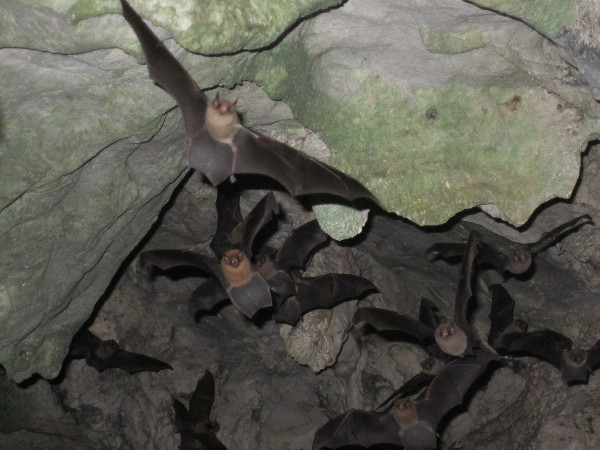 My zoom provided a few up close shots of the bats leaving the cave. 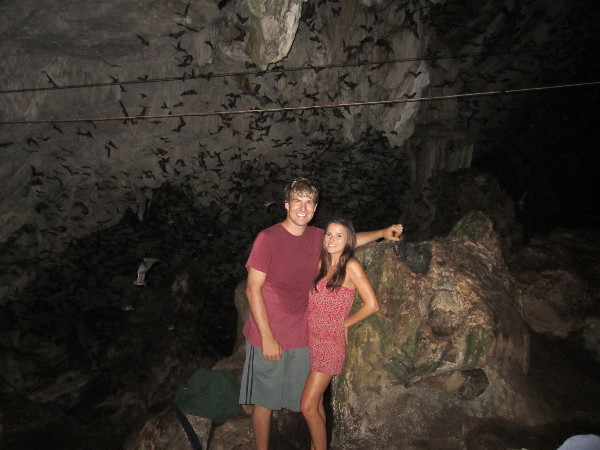 And finally our guide walked us into the pitch black of the cavern, with bats swooping down all around us, and snapped this shot of us.