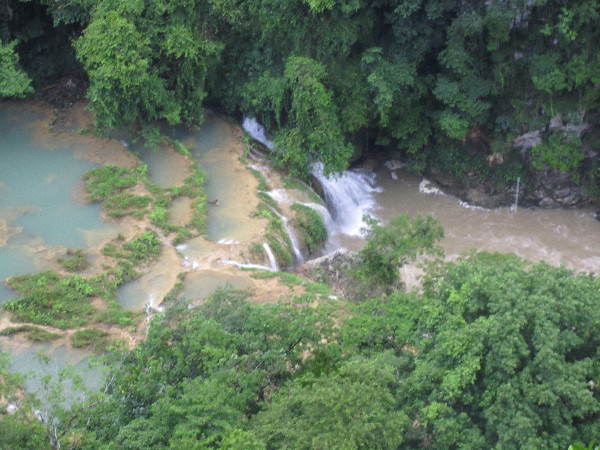 A few days ago I almost decided not to make the trip to Lanquin to see Semuc Champey. That would have been my worst decision of this trip and I am sincerely glad that I decided to make the trip! Semuc Champey was easily the most beautiful place I have seen duting my time here in Central America, and possibly the most beautiful place Iâ€™ve ever seen. I know Iâ€™ve said something similar to this a couple times throughout the past few weeks but Semuc Champey tops it all as far as natural beauty goes. I guess I just saved the best for last. 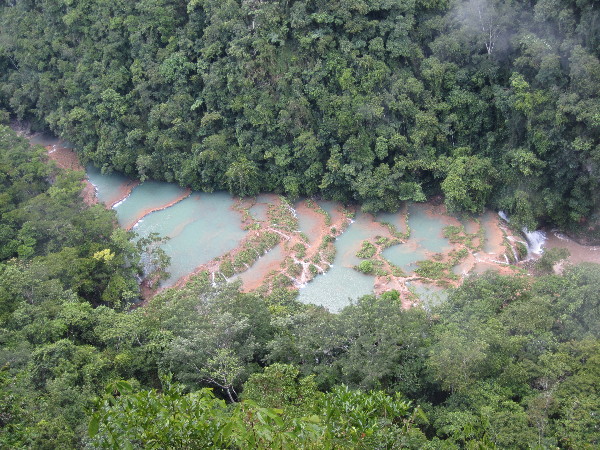 Natural wonders of the world have always amazed me, and Semuc Champey did nothing short of this. Semuc is a natural limestone bridge that covers a portion of the Cahabon River. The river dives underneath this stretch of limestone and comes out of the opposite side in a furry of rapids. Some of the water escapes the trip underneath and makes its way over the bridge itself, creating multiple pools of water that cascade down the bridge and eventually back into the Cahabon. 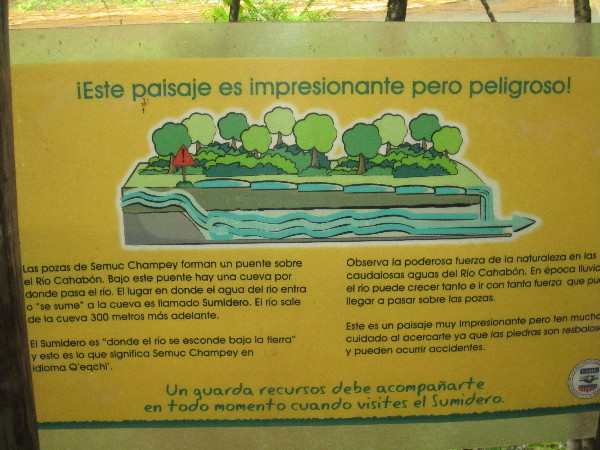 Honestly, the best way to explain this phenomenon is by simply showing you the same display that we were shown upon entering the park. If you want you can probably translate that into an even more informative display but you get the picture. 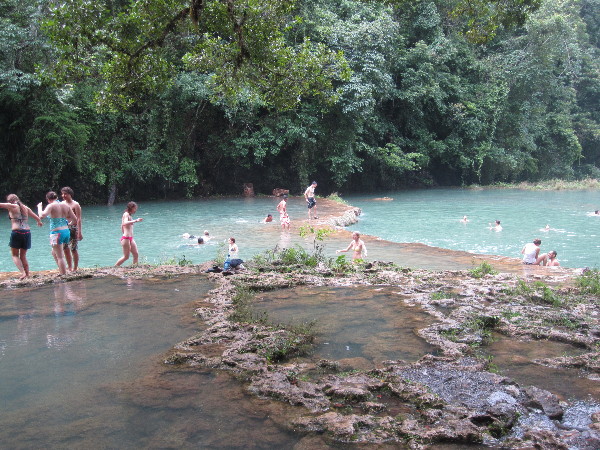 People visiting Semuc can get an up close look by walking over the bridge and even taking a swim in the many pools of water. A lot of the pools are deep enough to actually dive into. A group of us started in the top pools of the bridge and slowly made our way all the way down to the bottom pools, taking time to jump off a number of the small waterfalls the bridge creates.

On top of this experience many people also do tours of the surrounding river and a cave with an underwater river. These tours add, exponentially, to the allure of the area and we had the opportunity to tube down the river and also climb, and swim, through the caves and the underground river. I wasnâ€™t able to get any pictures of the cave experience since it involved a lot of water but basically each person was given a candle and we were led into a dark cavern where we then had to swim, sometimes decent lengths, until we reached the back of the cavern and an underground waterfall. It was a bit intimidating but an amazing experience to look back on.