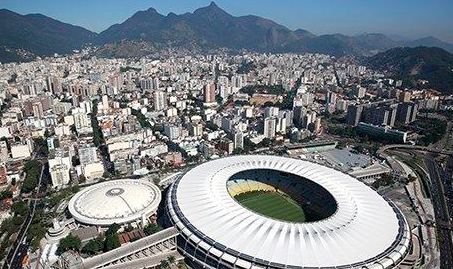 If you love travel and you love football â€“ you have to make your way to Brazil this summer for a World Cup that promises to be the best ever.

Thatâ€™s because itâ€™s in Brazil for the first time since 1950 â€“ the country that can lay claim to loving the beautiful game more than any other on the planet â€“ and excelling at it too. 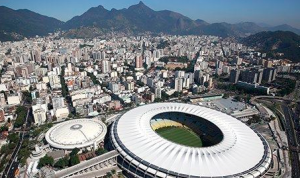 Even if you donâ€™t have tickets for any of the games â€“ just following a Wold Cup around one or two venues and mixing with the international fans is an experience you will never forget.

From the Amazon rainforest in the north of the country – to the River Guaiba in the south, there are 12 different stadiums across this fascinating country that will host the World Cupâ€™s fixtures.

Of course, you can realistically only visit two or three during the time available. Donâ€™t forget that Brazil is a vast expanse.

So if you have to pick one â€“ then that has to be Rio. And itâ€™s a great time to be here. June-July are the coolest months of the year in Rio, but the average temperature is still around 25C at its peak, and humidity is still high.

Renovation of the historic â€œEstadio Do Maracanaâ€ was complete just in time for the Confederations Cup last summer. It will more than do justice to what could be the biggest game in the history of football on Sunday 13th July.

To add interest to your trip â€“ try and decide whoâ€™ll be there on the day. As it stands, the exchange betting market Betfair has the host nation installed as favourites. Because Betfair is a free market, you can accept as well as make bets, so your team doesnâ€™t necessarily have to win for you to win; you can profit with betfair.com football if the odds of your selection shorten and you decide to lay all or part of the bet back.

On this basis, a good longshot selection with Betfair at around 26-1 is Italy â€“ second only to Brazil in the all-time World Cup winnerâ€™s list.

But whoever makes it to the final in July â€“ this will surely be the greatest tournament ever and the ability to say â€œI was thereâ€ to your grandchildren 50 years from now is an opportunity not to pass up.