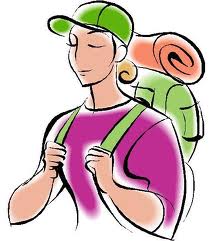 Backpacking is a great way to explore foreign countries, however, when visiting exotic locations, such as Africa, there are sensible precautions you should take in order to stay healthy. Africa is home to some of the deadliest diseases in the world, including tuberculosis, malaria and Human Immunodeficiency Virus (HIV) leading to Acquired Immunodeficiency Syndrome (AIDS).

Doctors and hospitals are few and far between in remote areas of Africa so itâ€™s essential to pack a comprehensive first aid and medical kit. Physicians in various countries will be familiar with the diseases local to their area, including dengue fever, which is transmitted by mosquitoes and is prevalent in countries such as Angola, Mozambique and Tanzania. As there is no vaccination for dengue fever those infected are given acetaminophen products (as in Tylenol) to manage the fever, rather than aspirin or ibuprofen.

Common in tropical and sub-tropical Africa itâ€™s best to visit a doctor at least six weeks before travelling in order to get protection from malaria. This takes the form of prophylactics, which may be used for both the prevention and treatment of the disease. Be aware that US health insurance is not likely to cover the prescription costs. Usually, travelers start taking the pills about a week or so before they depart. Packing a mosquito net that is treated with an insect repellent is a good idea, and staying in accommodation where there are screens on windows and a fan will help.

Although primarily known for being a sexually transmitted disease, HIV can also be contracted via infected blood and will eventually seriously weaken the immune system, leaving individuals prone to developing AIDS. Most frequently reported symptoms include fever, chills and a rash. Headaches and muscle pain may also occur, plus extreme fatigue and night sweats. Some people develop a sore mouth and throat and enlarged lymph nodes. The primary treatment is antiretroviral therapy (ART), which involves a number of drugs designed to prevent the virus from replicating, thereby inhibiting its progress. Healthtestingcenters.com has further information on preventing HIV/AIDS.

The commonest of all travelersâ€™ illnesses, almost half of all tourists experience diarrhea when abroad. Eating food that is contaminated with bacteria or, in less common cases, viruses or parasites is usually the cause and loose stools are accompanied by nausea, bloating and abdominal cramps. Africa is one of the high-risk areas for diarrhea, along with Latin America, Asia and the Middle East. For this reason it is recommended that bottled beverages and water should be consumed when traveling, including for brushing teeth, while dairy products and tap water should be avoided completely.

The chief killer among Africans is pneumonia and diseases of the lower respiratory tract; they affect both children and adults. More than 800,000 people succumb to pneumonia every year, and together with bronchitis and bronchiolitis respiratory tract infections account for an estimated 4.2 million deaths around the globe every year. Seeking urgent help at the earliest possible stage is the key to avoiding these serious illnesses.