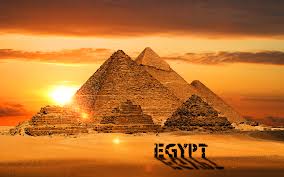 When anyone hears the word “Egypt,” the pyramids automatically spring to mind. However, there is so much more to see as well as the almighty pyramids.

Egypt is considered the top destination in the world for visitors who want to see breath-taking monuments and historical attractions. Egypt is situated in North Africa and has developed in recent years in order to cater for the large volume of tourists that flock there each year. It is now home to some of the most luxurious resorts in the world and offers a range of modern facilities to cater for its visitors.

The river Nile runs through the country and more than ninety percent of all Egyptian attractions are lined along the river itself. This makes them extremely accessible and a cruise on the river Nile is a great way to take in the sites and visit the amazing historical monuments and attractions that Egypt has to offer.

Because Egypt has so much to offer tourists that visit the area, it is important to make the most out of your time there and see as much as you possibly can.

Below you will find a shortlist of eight attractions that are well worth fitting into your travel itinerary:

The pyramids still remain the top tourist attraction in Egypt. There are more than 80 pyramids in Egypt and all are in close proximity to the river Nile. If you see nothing else while in Egypt, the Pyramids of Giza and the Sphinx are a must see. It is said that it took over 80 years to build the Pyramids at Giza and a staggering 20,000 to 30,000 workers contributed to the job. Most of the pyramids were built between 1500 BC and 2600 BC and were built as a burial ground for the rulers and the prominent royal figures of the era.

The capital of Egypt is Cairo and it is home to some popular tourist attractions that might grab your attention. The Egyptian Museum of Antiquities and the Khan al-Khalili market are just two attractions that Cairo has to offer.

The Abu Simbel are two impressive rock temples that were carved out of the sandstone cliffs above the river Nile. They can be found in Nubia perched on the western bank of Lake Nasser. There are four enormous 20m high statues of Ramses II at the front of the temples are they are said to be worth the visit alone.

Archaeologists estimate that this huge complex of temples were built over a time period of a staggering 1300 years. It is comprised of three main temples and numerous smaller ones. The Temple of Amun Â is considered the most famous one of them all.

The modern town of Luxor was once known as the city of Thebes in ancient times. The main attractions are the Great Hypostyle Hall and the row of sphinxes that guard the entrance to the Karnak Temple.

This area is described as one of most amazing and fascinating landscapes in Egypt. It lies 60 feet below sea level and was inaccessible to tourists until recently.

7. Valley of the Kings

Sharm El Sheikh has become increasingly popular with tourists in recent areas. It boasts some of the most amazing beaches and breathtaking scenery that is found in North Africa. There are also a number of major tourist attractions in the area that are well worth taking the time out to see. Some of which are Sinai Mountain, Tiran Island, White Lagoon and Na’ama Bay.

This is just a shortlist of some of the attractions that Egypt has on offer. It is important to remember there are many many more that will make your trip to Egypt one that you will never ever forget. It truly is one of the most amazing and unforgettable countries to visit.