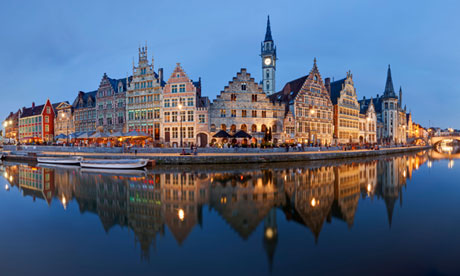 Guest Post by Maria Kruk, an author for Belgium.net

One can say that Brussels is a heart of Belgium, but in sober fact it is a core of entire European Union thanks to numerous head-quarters and institutions based in this city precisely. Thereby, it is a popular travel destination, the political image of which is greatly contrasted with its cultural attractions. No one can deny that there are plenty things to do and to see while touring the city. One of the specific features of Belgium is the fact it is one of the European monarchies, notwithstanding it is not as old as English or Spanish royal houses. In this context, Brussels can boast of several sites that might illuminate the important role of royal family in Belgium.

In fact, there are at least two palaces designed exclusively for Belgian royal family in Brussels area: Brussels Palace, where the official meetings take place, and Laeken Palace, the official residence of the Royal family.

As it was mentioned, Royal Palace of Brussels is more of political value and at the same time it highlights multiple sightseeing spots in the capital of Belgium. During July-October months the palace is opened to public audience and travelers, who have an opportunity to learn the history of Belgian royalty and come in view of how monarchs lived. It is possible to say that the Palace is brand new, if comparing to other castles and chateaus in the country. In practice, its construction was launched at the end of the 18th century; right after the previous castle had been ruined by the fire. More precisely, it was Coudenberg castle completed in the 11th century.

Anyway, modern faÃ§ade of the Royal Palace of Brussels was designed in 1900s in the Classicism style; its visual image looks pretty grey and shy, but it is nothing alike wealthy dÃ©cor of the palace interior. While going around the halls, one can enjoy remarkable fine arts collected from all over the world. Thus, the most of excursion is comprised of the palace rooms, and each has something to impress with. They include: the Small White and Marshallâ€™s Room with magnificent royal portraits, the Mirror Room with jewel sparkling ceiling, the Throne Room adorned with Auguste Rodinâ€™s bass-reliefs and many others. Every room and space in the Palace is a part of Belgian royal history. 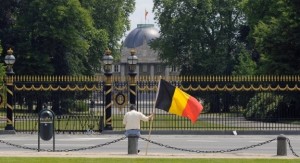 Chateau de Laeken is located in Brussels suburbs on the north. It was constructed in 1784 and since that time the palace has been a residence of replacing each other Belgian rulers, among which there were Albert of Saxe-Teschen, Napoleon Bonaparte, Wilhelm I and eventually King Leopold I, the first King of Belgium. As one could guess, Palace of Laeken was always a residence of royalty, and every detail of its external and internal view speaks on the fact. Though, the most of attention is paid to Greenhouses around set in 1870. They are filled with exotic flora gathered from different corners of the world. Tourists are allowed to visit the park only during two weeks in spring. In addition to marvelous flower exhibition, there are also Japanese Tower and Chinese Pavilion, installed by the order of King Leopold II in 1900s. They show a nice exhibition of Eastern porcelain and Japanese canvases of the 17-19th centuries. It is also possible to visit Laeken cemetery, where all the monarchs of Belgium are buried. It is opened during national celebrations or royal anniversaries.