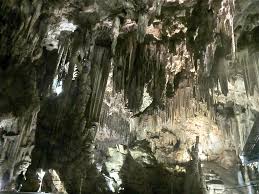 Often, the perfect white beaches of the Costa del Sol are touted as the number one reason to visit the city of Malaga. But as you’re visiting a metropolis that is so close to the coast, it would be criminal not to break up the wistful days on the coast with a bit of variety. This is where the city really comes into its own, with a whole host of diverse activities and cultural venues more than worthy of exploration. You may even enjoy yourself so much that you forget to return to the beach.

The attractions below represent just a small percentage of the fun you could be having in Malaga. To experience all that this incredible metropolis has to offer, book yourself a flight withÂ Monarch Airlines.

Get over to Arroyo de la Miel to experience this thrilling – but still thoroughly Spanish – amusement park and restaurant hotspot. Tivoli World is the perfect option for a great day out. During the day, you can scream yourself hoarse on the Passage of Terror, the Grasshopper and the free-fall tower before choosing one of the many themed restaurants for dinner. The atmosphere only gets more exciting in the evening. Head to a bar after dinner to experience the buzz.

A zoo like no other, Fuengirola is more like a conservation area than just a place for people to gawp at animals. Here, the creatures live side by side to one another, as the owners of the zoo attempt to recreate their natural habitat for visitors to enjoy. The concept has already been parroted (if you can forgive the pun) across Europe, but it’s Fuengirola’s attempts to create a true immersion zone that really stand out.

Malaga city possesses some pretty stunning architecture, but it’s nothing compared to what Mother Nature is capable of. The Nerja Cave contains some incredible examples of stalactites, stalagmites and everything in between, all beautifully illuminated to provide a moody atmosphere. Be stunned into silence by the incredible arched ceiling, and don’t forget to visit the picturesque village of Maro just outside.

For a dose of culture, you just can’t beat a good museum. The city of Malaga has plenty, but if you’ve got kids, show them the majesty of the dinosaurs with a visit to the Museum of Palaeontology. There are more than 1,000 creatures on display at this incredible venue, but it’s definitely the dinos that stand out. However, the Museum of Image and Sound also steals the show with its magnificent collection of cameras and projectors.

Visit La Cueva del Tesoro for a truly mind-boggling collection of animal paintings, pottery and other objects that once belonged to the Neolithic flint lithic industry. While the exhibits are fascinating, they are completely overshadowed by their venue. The Treasure Cave itself looks as though God decided to try a little sculpting in the style of MC Escher. It’s a brain-bending but beautifully lit environment with some incredible objects on display.