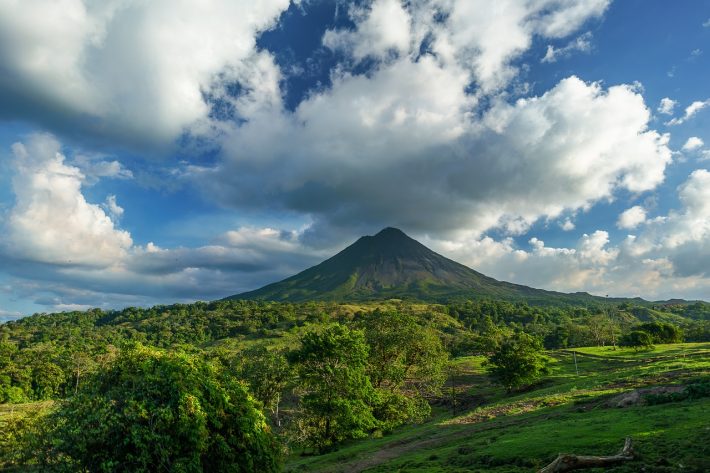 Until a few years back, most backpackers chose to skip Costa Rica because of the reputation it had earned as an expensive destination. In spite of the lovely beaches, dense jungles, and amazing scenery, travelers opted to spend the least number of days in Costa Rica, or rather none at all.

It is true that Costa Rica is indeed one of the more expensive countries in Latin America, but an ardent backpacker can definitely tour Costa Rica extensively on a shoestring budget, simply by adopting some of these simple tricks to save money.

The US dollar is widely accepted in Costa Rica, and as a result one needn’t go to a bank or money exchange at all. However, exchanging your currency is the first step to saving money. Paying in dollars will get you an unfair exchange rate of 500 colones per dollar. The average fluctuation has steadily held at about 550. But keep in mind that exchanging your currency right off the flight is a no no. The San Jose airport will exchange at 435 per dollar. Use dollars until you find a bank such as BAC or BCR which will exchange your currency at the current economic exchange.

The Kolbi mobile network, which has a green frog as a sign, is best for both calls and Internet. The price is the most affordable, and there is a kiosk at the airport.

Traveling to Costa Rica between May and December, during the rainy season, is considerably cheaper than other periods. It is literally raining discounts at the Hotels and Tour companies. You may have to deal with the rain, which usually starts late afternoon, but you end up saving a lot of money and avoid the tourist hordes as well.

One of the biggest advantages of staying in budget hostels in Costa Rica is that most of them have cooking facilities and a kitchenette, sometimes even in the rooms itself. There is no doubt that a visit to the local restaurant is worth exploring, but in the end there is no better way to save money than a home-cooked meal at the end of the day.

Since the tourism industry of Costa Rica is a major revenue earner for the country, there is a high demand for English tutors. The employers have made it essential for their workers to master this coveted skill if they are to keep their jobs.

While a TEFL certificate is required to teach English in Costa Rica, you might be able to score your own clients based on your personality and command of the language. Advantages include setting your own hours and pay rate. Once you establish yourself as the local English tutor, there’s no telling the amount of clients you can reach, and charge.

Some other tips include utilizing public transportation, booking 3-1 adventure packages, and bringing a tent to take advantage of the many campsites in the country.  If you are a frugal tourist, as most backpackers are, there are many ways to save money while traveling Costa Rica .