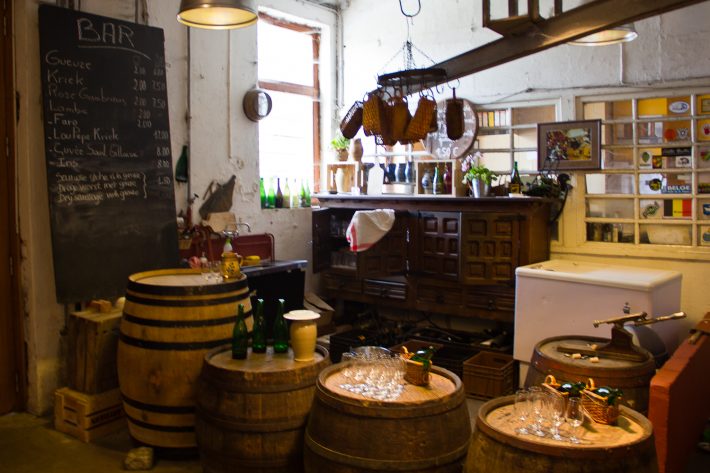 People visit Belgium for plenty of reasons, but three of the most popular are waffles, chocolate, and beer. While I thoroughly indulged in all three, the highlight of my visit to Belgium was the latter. In fact, beer was the main purpose of my visit to Belgium in the first place. As I’ve eluded to in previous posts, I’m a big beer drinker, and I love trying beers from around the world and beers from small “micro” breweries who use the best ingredients and methods to make their beer. Belgium is known for beer in general, but specifically for their Trappist beers and their Lambik and Gueze beers.

The Trappist beers are a famous style of beer brewed by monks in different monasteries in the Flaunders area of Belgium. In order to label a beer as a Trappist beer it HAS to be brewed at one of these monasteries, and there are only 7 Trappist monasteries in the world that brew beer. The lambik beers are a traditional beer style of the area. Usually when making beer the brewer does everything in their power to keep wild yeast out of the process and everything used is sterilized over and over. When brewing a lambik it is the EXACT opposite and wild yeast is the only yeast used in the process. This wild yeast results in a truly unique “sour” flavor that has more similarities to a fine wine than the standard beer. The Gueze beers are simply a blend of different aged lambik beers. 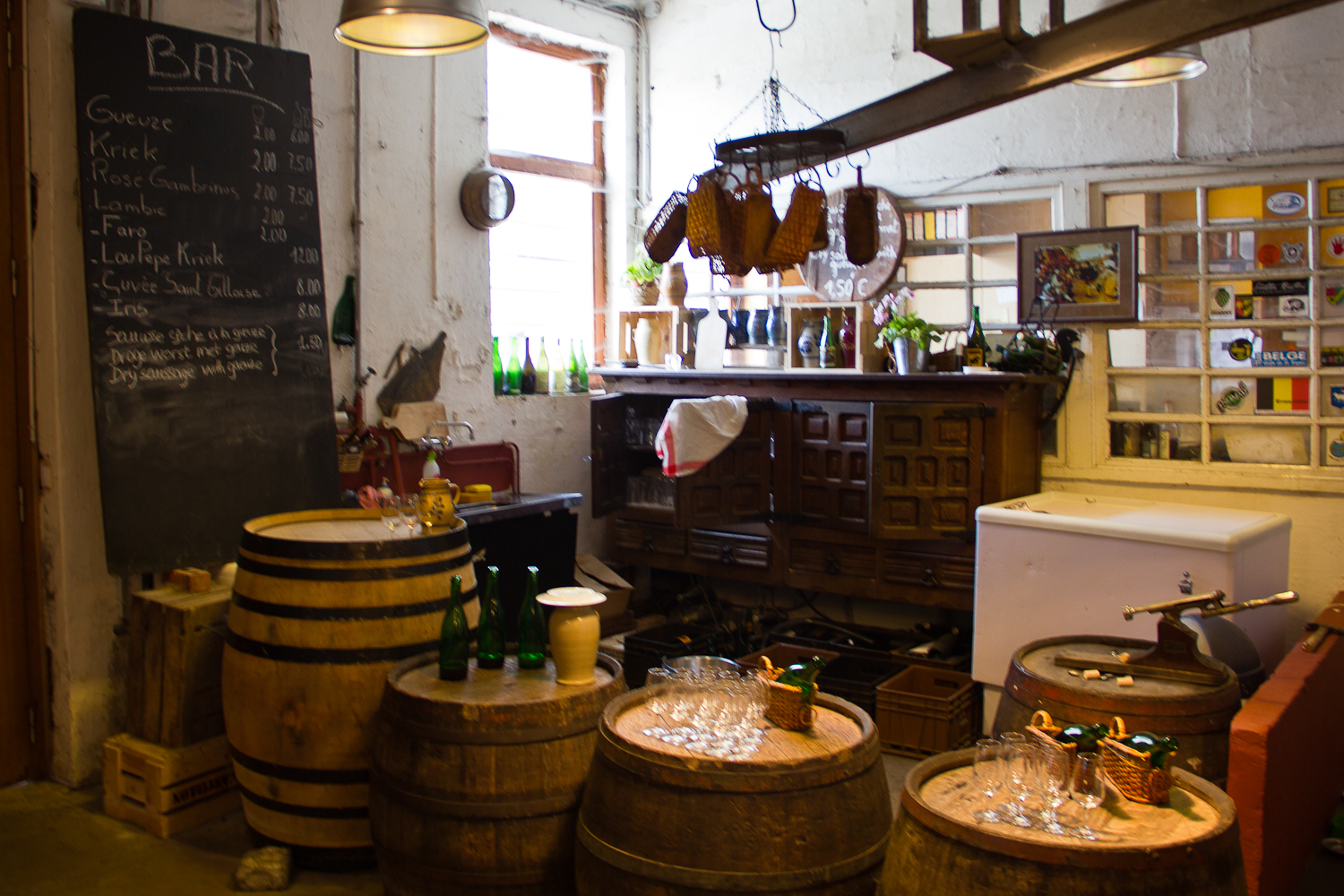 Danielle and I’s first day in Belgium we were able to tour Cantillon (can’t-e-on), which is one of the only traditional lambik breweries left in the world. Their brewery is filled with century old brewing equipment, which is rare in the area because the Nazis would raid breweries during World War II and confiscate the copper equipment to be melted down. The tour around Cantillon was truly unique, and participants were told to “forget everything they know about beer” in anticipation of trying the famous lambik style of beer. I’d already had a few of their brews before so I knew what I was in for, but it was great seeing peoples eyes as they tasted it for the first time. To top it all off, after some chatting with the head brewery and owner of the brewery, I was poured a glass of beer from the “employees pitcher” and it turned out to be a super rare blend of beer that hasn’t been released this year. It was made with actual apricots and was absolutely delicious!

A few days later our trip brought us to the city of Vleteran, in the west Flaunders region of Belgium. Vleteran is probably most known for the Sint Sixtus Abbey, a traditional Trappist monastery, and one of the seven Trappist breweries in the world. In fact, Sint Sixtus has been voted as the “Best Beer in the World” by multiple publications all over the world. Their beers are in such high demand that a small 11.2 ounce bottle will sell for as high as $50 in the U.S. After an amazing self guided tour around the monastery and the surrounding grounds I was lucky enough to walk away with close to two cases (40 beers!) for just a couple of dollars each! These beers came in very handy about 20 minutes later when my friends car got a flat tire in the middle of freaking nowhere!

Towards the end of our stay we had ANOTHER truly unique opportunity when I befriended an employee of another brewery I am a big fan of. He mentioned he had to go in unexpectedly to help label some bottles because they were a bit behind. On a whim I offered the help of a couple nice Americans in exchange for some free beer. Yes, I did ask Danielle before I offered her assistance. She wasn’t entirely thrilled but she knew it would be a cool experience for me so she went along with it. Just another reason why I love her so much! Surprisingly they said they’d love the help and we were able to spend the day learning quite a bit about the brewing process while sampling the beers we were helping with. In fact, we got a chance to sample a beer with a 26% alcohol content to start the day at about 10:20am! At the end of the day we left the brewery with a case of beer each and a new appreciation for the craft of brewing!

There were countless other unique experiences both beer and non beer related, and I think Danielle and I can both say that Belgium is a truly unique country and beer is quite a large part of the culture. Even if you aren’t a beer fan I’d highly suggested giving some of the Belgian beers a try. Here are some quick “beer stats” from the trip!