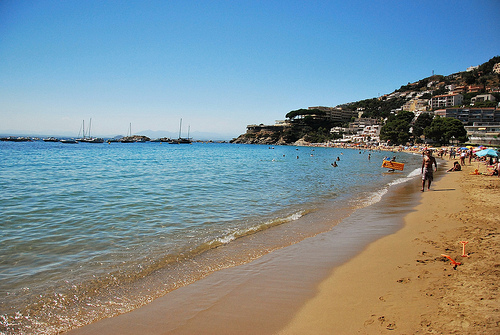 The Costa Brava has become an increasingly popular tourist destination since the travel boom of the 1950s and 1960s. This beautiful stretch of Mediterranean coastline is generally perceived as being ideal for sun, sea and sand holidays. However, there is a great deal more to this area than initially meets the eye, as Directline Holidays has highlighted in this article.

Etymology Of The Costa Brava

The name Costa Brava, which literally translates as ‘rugged coast’, was bestowed by a journalist in the early 20th century. It was heavily popularised by the tourism board as a means of generating interest in holidays to Costa Blanca.

People on holidays in Costa Blanca aren’t the only ones who have realised the natural splendour of the coastline. Famous artists such as Salvador Dali and Howard Behrens spent a great deal of time in the locality and were inspired to create masterpieces including the â€˜Costa Brava Sunset’.

Contrary to popular belief, the Costa Brava isn’t blessed with year round sunshine. There are actually a number of micro-climates in this part of the world, making for some rainy and windswept days. However, the weather is generally preferable to that experienced in the UK.

Support For The Cause Of Preservation

A large number of residents signed a charter written in recognition of the ‘value of the regionâ€™s wide range of natural habitats & micro-climates’ in 1998. Natural havens such as the Illes Medes and l’Emporda have been well protected ever since.

It is worth scheduling holidays in Costa Brava to coincide with festivals such as Our Lady Of Carmen and the Dance Of The Almorratxes. You’ll enjoy some wonderful company and have the opportunity to try local delicacies during these events.