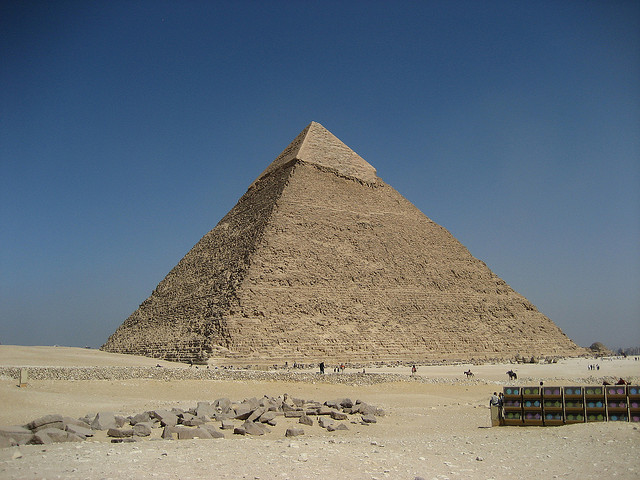 When visiting ancient lands such as Cairo, Egypt, it is a must to see its history that holds thousands of years of secret rituals, beliefs, and tradition. Cairo is a land of wonder, mystique, and culture that is so unique to any other.

Here are the top ten things to do in Cairo:

On the outskirts of Cairo, built almost 4,500 years ago, lies one of the Seven Wonders of the Worldâ€”The Great Pyramids. Three massive pyramids make a monumental sight with each weighing an average of two-and-a-half tons each! The sight is too beautiful to miss out on.

Within the same area of The Great Pyramids lies the Great Sphinx of Giza. Built for the King of Egypt Cephran in 2620 BC, this ancient statue towers 65 feet high and 187 feet long as a human-headed lion donned in a royal crown.

Sakkara was the capital of the Old Kingdom, situated in the metropolis of Memphis. Here is where the Egyptian Kings of the first and second dynasties lie in tombs, just southwest of Cairo. The notorious step Pyramid of King Zoser

The oldest district in the Egyptian capital, Old Cairo, was established in sixth century BC. Later down the road, Romans built Babylon in Old Cairo, remains of which still subsist. Old Cairo eventually became a center of Christianity in Egypt, totaling 20 churches developed inside an area of one square mile. Only five are left. Here are the most noteworthy:â€¬

The Citadel, located on the Mokattam Mills of Cairo, was a major city of Egypt for almost 700 years. Facing the Citadel is the Mosque of Sultan Hassan, built during 1356 and 1363 is the most magnificent example of Arab architecture in Egypt.â€¬

If youâ€™re looking for an atmosphere of serenity and pure bliss then you must see the Ibn Tulun Mosque. The mosque was built by Ahmed Ibn Tulun in 879 in the Sayyedah Zeinab district and is known for its beauty that oversees all other mosques of its kind.

The Ben Ezra Synagogue positioned in Cairo was erected by chief rabbi in the late 9th century within the walls of Babylon, what Old Cairo was called in earlier times. The temple is home to a Jewish birthright library, which hold ancient items such as a Torah on gazelle skin and an ‘Atlas of Moses’ document. The synagogue is known principally for its storeroom, Geniza, which contained an array of political, economic and social books and manuscripts about the condition of Jews under Arab rule in Egypt during the Middle Ages.â€¬

â€¬Khan EL Khalili, known as Turkish bazaar during the Ottoman Period, can be found in the center of what was then called Fatimid City. The bazaar is a center of trade and unity. It offers a spectrum of antiques, handiworks of precious metals as well as abundance of old coffee shops and local restaurants that attract both Egyptians & tourists of all kinds.

Museums galore in Cairo for all of you hungry history buffs! Here are a few:

The Egyptian Museum was built during the rule of Khedive Abbass Helmi II in 1897, and opened to the public on November 15, 1902. The Egyptian Museum holds the most sacred collection of Egyptian relics in the world. Over 120,000 objects are on exhibition from the Pharaoh and Greco-Roman periods, including the most infamous mummies of ancient Egyptian Kings and the treasures of King Tut Ankh Amun. Recently the museum put up a ‘Hidden Treasures’ display in the newly re-designed basement. There are more than 150 artifacts on display for the first time in history.

Founded by by Marcus Simaika Pasha in 1910, the Coptic Museum is the most recently built museum. Home to one of the richest collections of Coptic Christian art in the world, this museum features artifacts of the Coptic period from 300-1000 AD. Almost 16,000 pieces are shown in the museum, arranged conveniently in time sequential order!

The Museum of Mohamed Mahmoud Khalil

Built in 1920, the Museum of Mohamed Mahmoud Khalil, and his beautiful wife, was initiated on July 23, 1962. The museum holds one of the largest personal artifact collections in the region. It includes works of art in various mediums of infamous artists who led the fine arts movement in Europe, during the second half of the 19th century.â€¬