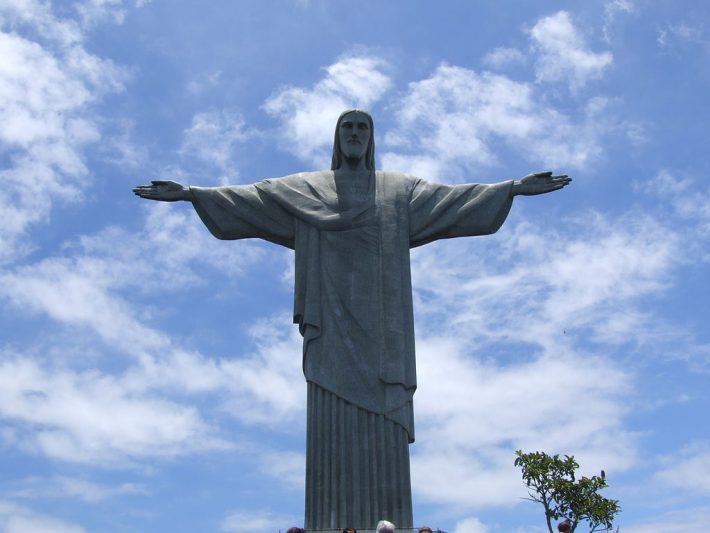 I had been wanting to go to Brazil for quite a few years but for some reason the Visa process was always fraught with problems. Last year a good friend of mine recommended travelvisapro.com as a far simpler way of obtaining my visa for Brazil, thankfully it all ran very smoothly and I booked up for Rio the very next day.

After spending just over 3 weeks in Rio, I can absolutely confirm that this is my favorite city in the world and I have managed to select just 5 activities which I believe that you simply must do during your time in this brilliant city.

It would be complete folly for you to be within an earshot of one of the World’s Wonders, and not visit. Christ the Redeemer sits on top of the Corcovado Mountain, right in the heart of Rio, from the bottom you will take a cable car up to this epic and iconic statue, to have your photo taken in the obligatory Christ-pose position.

There aren’t too many beaches in the world which have found fame, which makes the feats of Copacabana all the more impressive. This beach is the epitome of paradise, white beaches, beautiful people and the ideal place to watch the day pass you by.

Near the Santa Theresa neighborhood is where you will find the famous Selaron steps, a stairway which has been adorned with thousands of small mosaic tiles to produce a real spectacle. The steps were designed by Chilean-born artist Jorge Selaron as a tribute to the people of Brazil. These steps are bright, colorful and make for the perfect photo opportunity.

Favelas have a reputation as being dangerous and crime-ridden areas of the cities which one should avoid. Whilst the may be slightly true, the fact of the matter is that those who live in the favelas were simply priced out of their own city and forced to make their own neighborhoods. Many of the favelas have now been pacified by the police and they are safe to walk through, I did this twice and never felt even the slightest moment of fear. I would recommend heading to the Santa Marta favela which is where Michael Jackson shot the video for “They Don’t Really Care About Us”.

If you are looking for a place to part which has the hallmarks of Brazil stamped all over it, look no further than Lapa, a super bohemian neighborhood which is considered to be the home of samba. Throughout this neighborhood, which is sat beneath a Roman aqueduct, you will find dance halls, live music in the streets, and people dancing just about everywhere. This place is very raw and will give you one of the best nights out anywhere in the city.

Have you been to Rio before? What were some of your favorite spots? Let us know in the comments below, we’d love to hear from you.