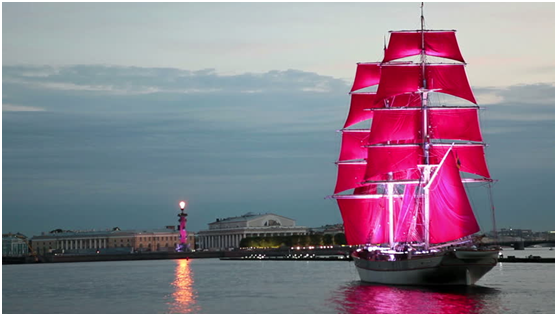 During the months from May to mid-July, the city of St. Petersburg in Russia celebrates the White Nights (Beliye Nochi) – due to its latitude, this time of year brings with it almost constant daylight, and 11pm seems as bright as an early summer evening. Of course these long summer days are enjoyed all over Russia, but the cultural capital of St. Petersburg remains the epicentre of the celebration, and the White Nights have become a part of the city’s identity.

Here are some of the best ways to enjoy the White Nights festival in this historic and glorious city.

The Scarlet Sails (Alye Parusa) celebration in St. Petersburg is probably the most sought after public event during the White Nights, and is attended by over a million people in mid-June. It’s not hard to see why this event is so popular – featuring a mock pirate battle on the Neva River and a firework extravaganza, culminating in the appearance of a tall ship with blood-red sails – a graceful three-masted schooner modelled after one used by the imperial family in the late 19th century. Originally planned as a graduation celebration for all the students leaving school, this stunning spectacle is enjoyed by all.

Go to the International Ballet and Opera Festival

Hosted every year at various performance halls all over St. Petersburg, the ‘Stars of the White Nights’ festival celebrates the White Nights in true Russian style, with classical music, opera and ballet performances held from May through the end of July. See http://www.balletandopera.com/ for more information.

Watch the raising of the drawbridges 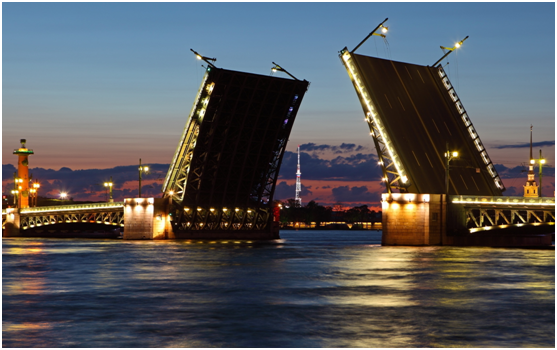 Of course this happens all year round to allow tall ships and boats through to the river Neva, but at 2am during the White Nights everyone is still up and partying, and people gather alongside the banks of the river to witness the four main drawbridges all brilliantly illuminated raise, one after the other. It feels like the whole city stands still just to view this incredible spectacle! Try and make sure you watch this from the right side of the river, or you may find yourself stranded away from your hotel until 5:30 in the morning!

Take a cruise down the Neva River 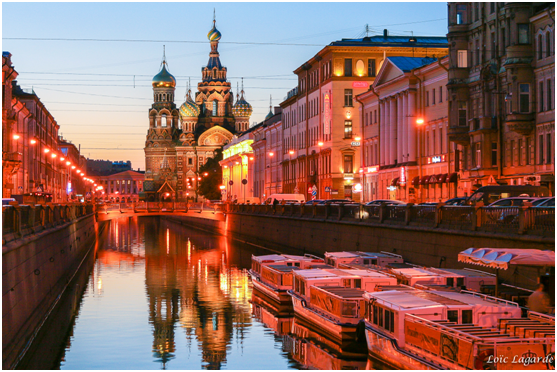 The boat is perhaps one of the best ways to enjoy St. Petersburg any time of the year. Depending on what route you take, your White Nights cruise will take you along some of St. Petersburg’s smaller rivers and canals and past some of the most historic sites in the city, such as the tower of the Peter &Paul Cathedral, the Hermitage, and the dome of St. Isaac’s Cathedral, all brightly illuminated underneath the twilight skies. A river cruise is also one of the most perfect ways to witness the drawbridges rising up at 2am – right in the middle of the action, from the vantage point of the river itself.

Book your room in St.Petersburg now.