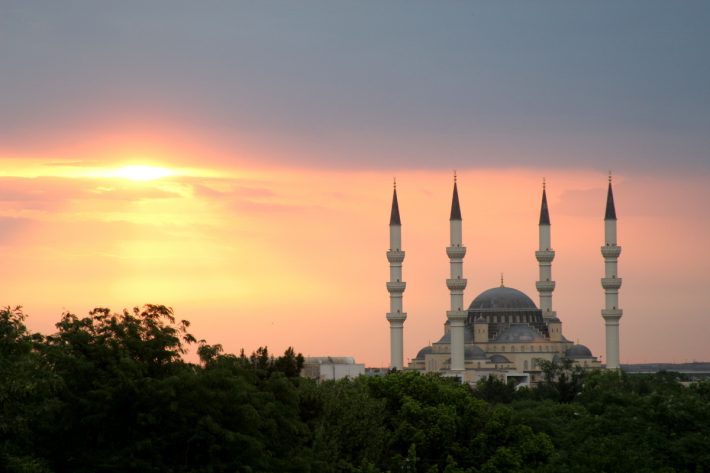 Turkmenistan is a Central Asian country with an area almost the same as that of Spain. Turkmenistan has an omnipresent dual persona.

The gold statues, lavish palaces in the capital and marble monuments in Turkmenistan are as captivating as the deep mysticism and legend that hangs over ancient ruins and pilgrimage sites. To inspire your trip to this ancient country, here are 3 things to see in Turkmenistan that you would not want to miss.

Back between 1000 B.C. and 1000 A.D., Nissa was the ancient Parthian stateâ€™s capital city. Today, the ruins of the city can be found to the west of Ashgabat, which is the capital of Turkmenistan, just 18 km away.

It was back in the 1930s when archaeological research got started at the site. UNESCOE declared the fortress of Nissa a World Heritage site in 2007.

Today, the former majesty of the city is testified by the archeological finds, such as astonishing white marble sculptures, fine horn-shaped ivory vessels, and unique documents of the 1st 2nd centuries B.C. The Fortresses of Nissa, the Central and Northern Complex, and Old Nissa are among the things to see in the ruins.

Merv oasis is one of Central Asiaâ€™s most ancient territories. Merv, one of the ancient worldâ€™s largest cities, was built on that territory.

There are at least five ancient settlements that are a part of the cityâ€™s modern ruins, namely Abdullakhan – Kala, Bairamalikhan Kala, Erk – Kala, Gyaur-Kala and Sultan-Kala.

Despite the heavity destruction of most of the ruins, Merv is still among the most unique historical monuments. In recent times, Merv was entered into UNESCOâ€™s list of the World Legacy as an ancient, well-preserved center of the Great Silk Road.

Back in the first century A.D., Kunya Urgench was Northern Khoresmâ€™s ancient capital, but these days it is an architectural reserve.

During the Middle Ages, it was also a major cultural and shopping center, and many well-known thinkers of that time, such as Beruni, Ibn-Sino, took shelter there. Architecture in Afghanistan, Iran and the Mogul Empire in India was influenced by the series of really impressive monuments that were left behind there.

The monuments that are still intact draw close attention of tourists and specialists. In Kunya-Urgench, some of the main places of interest include Ibn-Khadzhib madrasah, the minaret of kutlug Timur, and the mausoleum of Nadzhimetdin Kubra among many others.

Turkmenistan is a country that has been surrounded in mystery, and that mystery can be further uncovered by discovering these 3 things to see in Turkmenistan.