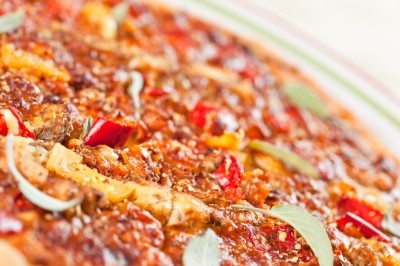 When you think Naples you might think pizza, the city which lays claim to this worldwide concept more than any other but equally you first port of call may be a trip to Pompeii and Vesuvius, a dominant feature on the skyline. Either way Naples is an unforgettable experience on Italyâ€™s western coast.

Italian cuisineâ€™s popularity goes without saying and an Italian holiday will allow you to enjoy it at its best after seeing the wonderful mix of art, culture, scenic beauty and history wherever you go. There are distinct regional variations in the cuisine and Campania, whose capital is Naples, third amongst the cities of Italy, produces a wonderful range of vegetables grown in its rich volcanic soil, provides fish from the Bay of Naples and combines many dishes with locally produced pasta and olive oil.

Though pizza began as a means of the poor feeding themselves it is now an institution and the ingredients of a Neapolitan pizza are actually regulated by law.Â  However, you canâ€™t spend all your time just eating and you wouldnâ€™t want to in such magnificent surroundings.

You can see centuries of history since Roman times with the remnants of Baroque and Renaissance eras there for all to see. The art and architecture of the city can keep you busy for days on end before even thinking of venturing further afield. It is always worth starting in any new city with a general tour to get your bearings and of course you can do your online research on Naples Sightseeing before you start your holiday.

The Academy of Fine Arts was founded in the middle of the 18th century and many famous artists were attracted to the city because of the encouragement and energy they could get from the place. Nearly 20 years ago the historical centre of Naples was granted UNESCO World Heritage status, recognising both the richness of the cityâ€™s culture but also its stunning setting in the Bay of Naples.

If your real interest is art perhaps you should ensure you go to see Caravaggioâ€™s paintings; he was not a native of Naples and spent only four years there but 3 of his masterpieces remain in the city, one each in the Pio Monte della Misericordia, the Capodimonte Museum and the Banca Intesa Sanpaolo. You can of course only scratch the surface of the art and architecture of the city in a single holiday. There is the modern art scene that is certainly worth some of your time and religion has played such an important part in the history of the city that quite naturally there are many churches to see during your visit.

You can see Vesuvius from the City; you must go to see it and the ruins of Pompeii that are so well preserved. Vesuvius is not extinct; it last erupted in 1944 and will almost certainly do so again. It is seen at its best in the early summer. If youâ€™re visiting during the summer months, then of course a trip to the beach should also be on your itinerary. Naples has such riches it is genuinely difficult to know where to start but that is part of the excitement and anticipation of your holiday in Naples.