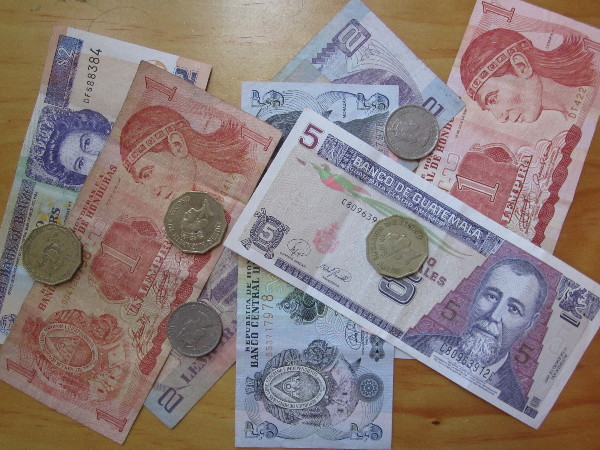 The â€œGringo taxâ€ is a reality that people backpacking around the world must deal with on a regular basis. When locals spot a foreigner amongst them they tend to jack up the price of whatever they are selling, be it food, clothing, or some sort of service. Sometimes this is a modest increase in price from what a local might pay for the same item, but sometimes prices can be raised as high as ten times the original amount, or even higher! I completely understand the reasoning behind the â€œGringo taxâ€, and am far from offended or upset about it, it is just a reality of being a backpacker. It is a reality, however, that makes me completely comfortable with another aspect of travelingâ€¦bargaining.

While Backpacking in Central America I quickly learned that I was expected to negotiate for almost everything I purchased. Basically the only time it would be rude to do so was when there was a posted price or menu price printed somewhere. At first I wasnâ€™t doing a very good job at the whole bargaining process. They would say something like â€œ10 Quetzalsâ€ (which is Guatemalan currency) and I would reply with the ever so tough bargain of â€œNo, No, 9 Quetzalsâ€. I would get a chuckle or smile in return and they would gladly agree to the exchange.

As the weeks passed and I became more comfortable with my surroundings I started to truly understand what I could actually get away with when it came to bargaining there. Many times the prices were raised so high that I could go as law as 50% off from the starting point that I was given. It became a routine part of my day to negotiate prices, especially when I was getting more than one of something.

Needless to say, I learned a few things I figured I could pass on to the rest of you backpackers on a budget out thereâ€¦

1. If you can, try to see what a local buys a similar item for. There is probably only a very small chance that you will get it for this price, even if they sell it to someone else right in front of you. They know you will pay more and sometimes wonâ€™t settle for less, but at least you can use as leverage for a starting point.

2. If you donâ€™t see a local around, try to see what other backpackers pay. Chances are that you can go lower than what the people around you are paying.

3. If there is no one around for you to base your price off of, first ask how much, and then cut the offer in half. Will you ever get it for half with this method? I would be comfortable say no, probably never. But there is a pretty good chance you will end up somewhere in the middle of the two extremes.

4. Donâ€™t be afraid to walk away. It is amazing how quickly prices will drop if you act like you are giving up with negotiating and moving on. Even for items that you actually NEED, a little acting on your end can go a long ways. Keep in mind, sometimes they know you wonâ€™t get it cheaper anywhere else and will not go chasing after you. It is a risk you take, but they way I look at it is, you can always come back later. They arenâ€™t going to refuse your money!

5. Understand that sometimes there just isnâ€™t any negotiating to be had. Some places have set â€œGringo pricesâ€ that no one will budge from. A great example of this was my experience on Lake Atitlan, in the highlands of Guatemala. Multiple towns that backpackers and locals alike need transportation to surround the lake. The ferries running on the lake had three different prices. There is one for the indigenous Mayans living around the lake, one for the locals of Spanish decent, and finally a price for tourists. There was literally ZERO negotiation for these prices. They would charge the person right next to you a fraction of the price that you had just been charged. If you protested you would often get a response like â€œIf you donâ€™t like it, you can swimâ€. I didnâ€™t want to swim, and neither did any other backpackers I saw.

Some may argue that backpackers should just accept the prices they are given and not try to talk things down. After all, we have enough money to travel around the world donâ€™t we? Granted this might be a true statement, but most of us are traveling on a pretty tight budget. It is up to each person to decide their balance between supporting a local economy and keeping themselves on the road for as long as possible, and I respect the fact that others choices might differ from mine. They way I look at it though, is if they can afford to sell it for one price to the rest of the country, they can afford to sell it to me for a similar price.

Whatâ€™s your take on bargaining your way around the world?