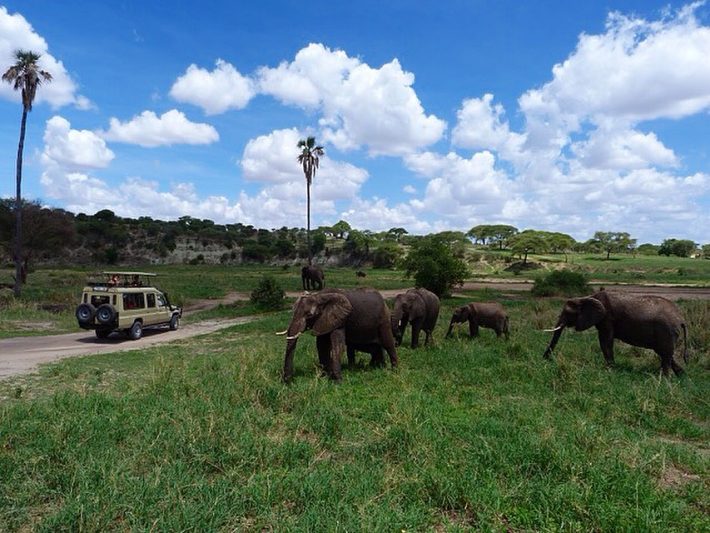 Tanzania just might be the country with everything. From Kilimanjaro to beautiful beaches. And you might think you need a fortune to really get the most of out of its incredible mountains, wildlife-packed plains and tropical waters. But with a little knowledge and a try-anything attitude, you can have a great time on a tight budget.

Make sure your attitude is a wallet-friendly. Be open to off-the-tourist-map places and to join a group tour, as both will save you money. To climb Kilimanjaro (one of the seven summits) is not the only activity in Tanzania; you’ll find there are plenty of wonderful things to experience that doesn’t involve an eight-day slog up a mountain. Team up with others for a budget safari to the less well-known national parks of Tarangire, Lake Manyara, and Arusha. You’ll see all the wildlife of the more famous Serengeti marathon but for a lot less money.

The four-day hike from Lushoto to Mambo in the Usambara Mountains won’t hurt your savings and it’s a beautiful trek through winding paths through woodland picturesque villages via Mtae, a cliff-top village with spectacular views.

Zanzibar’s beaches are famous for a reason, every bit as nice as Maldive Beaches, but the Tanzanian mainland has a coastline that’s outstanding, too. Shh! Don’t tell anyone about Pangani, an off-the-track beach town on the northern Swahili coast, because it’s a real gem. You’ll find chilled-out resorts up and down the coast around Pangani and you’ll get the full deal without breaking the bank – think empty tropical beaches, warm aquamarine seas and golden-white sands. Spend days lazing away on the beach and snorkelling through coral reefs sparkling with a myriad of rainbow-coloured fish. You have a wide choice of places to stay – camp directly on the beach or choose from a range of clean and welcoming hostels and guesthouses, many with their own restaurant and pool.

The big save is a bus instead of a plane. Travelling to, from and within Tanzania has never been easier – and cheaper. And you’ve plenty of choices. Choose an itinerary that can take in Arusha, Dar es Salaam, Nairobi, Moshi, Morogoro, Mwanza, Tanga, Iringa and much more. The bus is the go-to transport for Tanzanians so it’ll be easy and inexpensive for you, too.

Daytime in the cities, use the dala dalas, a unique experience where you’ll be packed in with everyone else, and you can stop any time along the route. We don’t recommend you travel by dala dala late at night – keep safe!

Check out the hostels – they’re clean and many have all the facilities you’d expect of a mid-grade hotel – decent showers, breakfast and wifi. Some offer communal kitchens free of charge, and, for an even cheaper option, space for camping. And if you want a super cheap option and don’t mind an erratic standard of comfort, many locals take in paying guests.

Tanzanian specialities are usually tasty, healthy and cheap so you can eat well for less all across the country. Make sure you keep to the standard food health practices – only chow down if it’s well cooked and piping hot or, if it’s fruit, you can peel it. It’s a good idea to avoid street food because your poor little digestive system won’t be used to it – with spectacular results. Local restaurants can feed you cheaply so try tasty wali na maharage – rice and beans Tanzanian style – or traditional pilau and the ubiquitous ugali. Vegetarians won’t starve, either.

If you’ve access to a kitchen in your accommodation then try creating your own cuisine after having fun foraging in the local markets.

When money’s tight you can still experience all the delights that Tanzania has to offer. Keep an open mind and an adventurous spirit and you can’t go wrong.

With Viva Africa Tours you can choose to tour in small groups or independent private travel. We’re based in Moshi on the slopes of Kilimanjaro, we’re a perfect centre for a tour of Kilimanjaro; but that’s only one adventure of many.