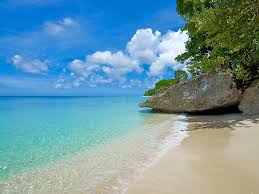 The amazing island of Barbados is situated in the Eastern Caribbean Sea and while it is less than 200 square miles in size it is packed with tropical beauty, interesting sights and fun activities. It has a perfect mix of sun, sand and value for money and is only four or five hourâ€™s flight time from many major east coast destinations.

There are no language difficulties with English being the national language of Barbados so driving is also easy although if you are used to driving on the right then it can take a few minutes to get used to the left hand style used on the island. Money is also easy with many places to exchange currency and many ATM cash points. If you have US dollars then almost everyone will take them as well making life much simpler.

The island is situated in the North Atlantic and is the Eastern most island of the Antilles chain being north of the South American states of Venezuela and Guyana. The former British colony became independent in 1966 and is part of the Commonwealth with Queen Elizabeth II as monarch and a Governor General as the head of state.

It is the most prosperous Caribbean Island and is the most popular tourist destination because of its high quality International airport, extensive tourism infrastructure and fabulous year round climate. The airport is located approximately ten miles from the capitol Bridgetown and has become the transport hub for the West Indies with many Cruise Ships taking on passengers from Bridgetown Port.

How to Get There

The most common way to get to Barbados is to fly in with many airlines operating direct Flights to Barbados from Europe and the United States. Peak holiday season tickets are in demand, but there are budget seats available from carriers like Jet Blue for under $100 when booked in advance.

An interesting alternative is to take a cruise with the Caribbean being one of the worldâ€™s most popular cruise areas there are liners departing regularly. It is not cheap but if you enjoy the idea of spending a couple of days aboard ship then it can be a much more relaxing way to get to this wonderful tropical island.

There is an amazing amount of activities to do with the large amount of year round tourism enabling a large range of local and international style restaurants to flourish around all of the major tourist spots on the west coast. There are many bars and nightclubs that will keep you entertained and are a great way to unwind in the warm evenings.

During the day the beaches are a great place to relax or to enjoy the many boating, sailing and diving activities that are available. There are many tours with snorkeling on the many reefs surrounding the island a recommended activity.

One of the great things about Barbados is the terrific variety of accommodation available you can book a luxury condominium on the harbor or bungalow on the beachfront for a high class holiday. Budget accommodation is also available, but it is always a good idea to book at least one night when you arrive so that you can settle in and get accustomed to the island lifestyle.