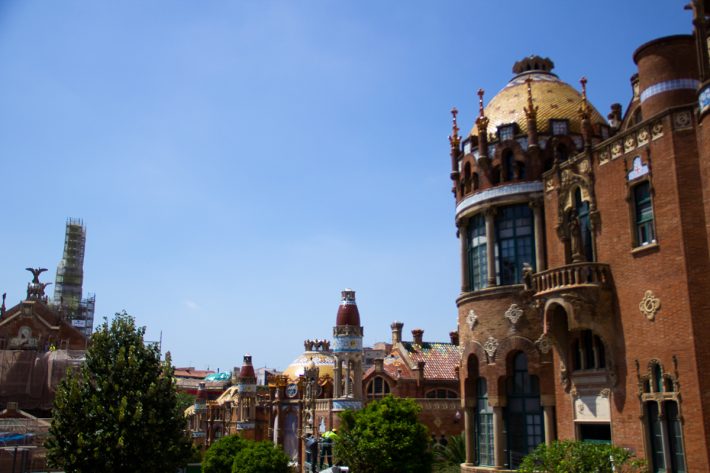 This will be my third post from my four nights in Barcelona last week, so it is fairly obvious that the city made quite an impression on me. From the San Joan festival to the Antonio Gaudi architecture, to the architecture of a slightly less famous man, Lluis Domenech i Montaner, who I’ll be focusing on in this post.

Hospital de Sant Pau lies just five blocks away from the Sagrada Familia catherdral I posted about a few posts ago. It also stands as an amazing representation of the modernist architectural movement, and the goal of that movement to create aesthetically appealing buildings that, in many cases, should be considered art. The Hospital de Sant Pau, coupled with the Palau de la Musica Catalana (also in Barcelona) make up a UNESCO World Heritage Site, and the ninth of such sites that I’ve visited since the beginning of this website.

The architecture and detail of both of these buildings is incredible to say the least. Neither is quite as grand as the Sagrada Familia, but both are equally impressive. Unfortunately, what was not impressive, where their current conditions as far as photography is concerned. The Hospital de Sant Pau is in the middle of a multi-year rehabilitation project, while the Palau de la Musica Catalana is surrounded by other equally tall buildings allowing only for viewpoints from the streets. I did my best under these circumstances to snap a few shots to help you appreciate their beauty, but this is one instance where seeing it for yourself is the only way to get the real picture. 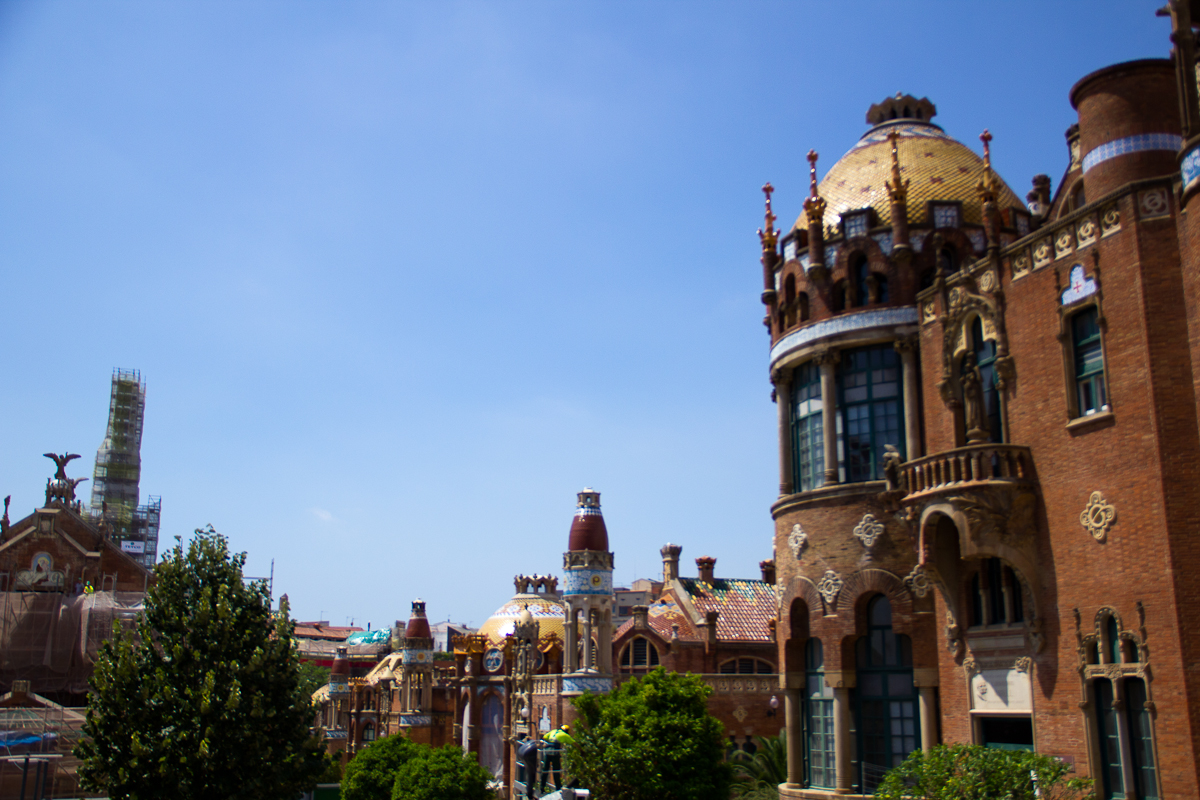 This is a shot of the Hospital de San Pau. I tried to cut out as much of the construction as possible and took this photo of mainly the rooftops of a few of the buildings and, surprisingly, it didn’t turn out half bad and gives a glimpse of the ornate decor of the buildings. 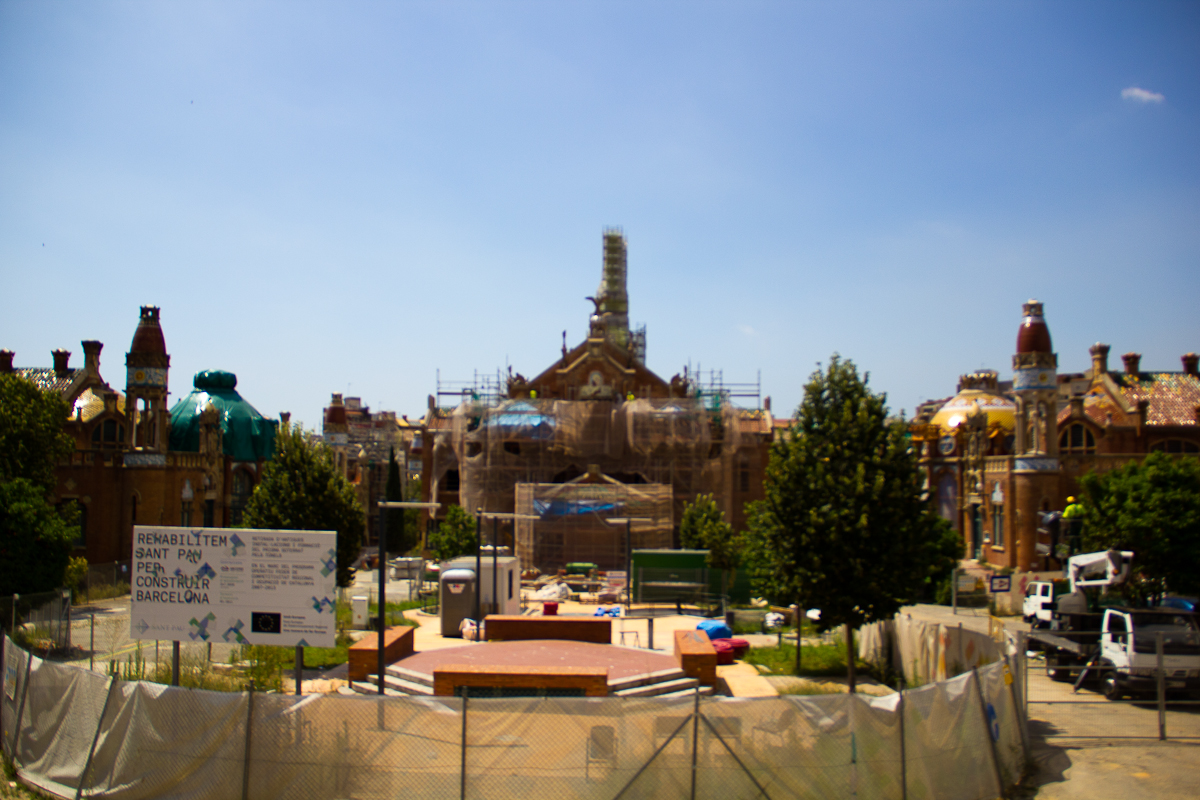 This, however, is what we were actually looking at when I took that first photo. Basically, a construction site with some really cool buildings poking out here and there from underneath their protective cloaks. 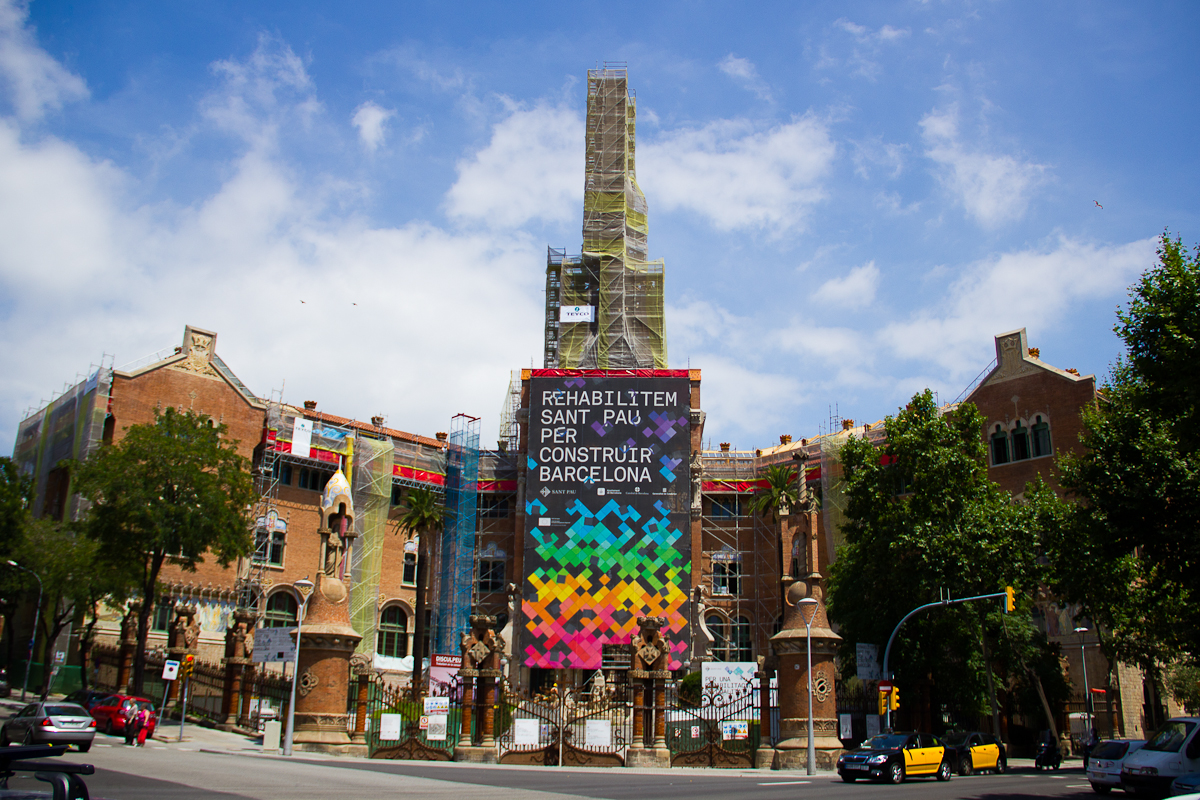 Here is a shot of the main entrance of the hospital, with a multi-story sign announcing the rehabilitation project and covering the main features of the building. 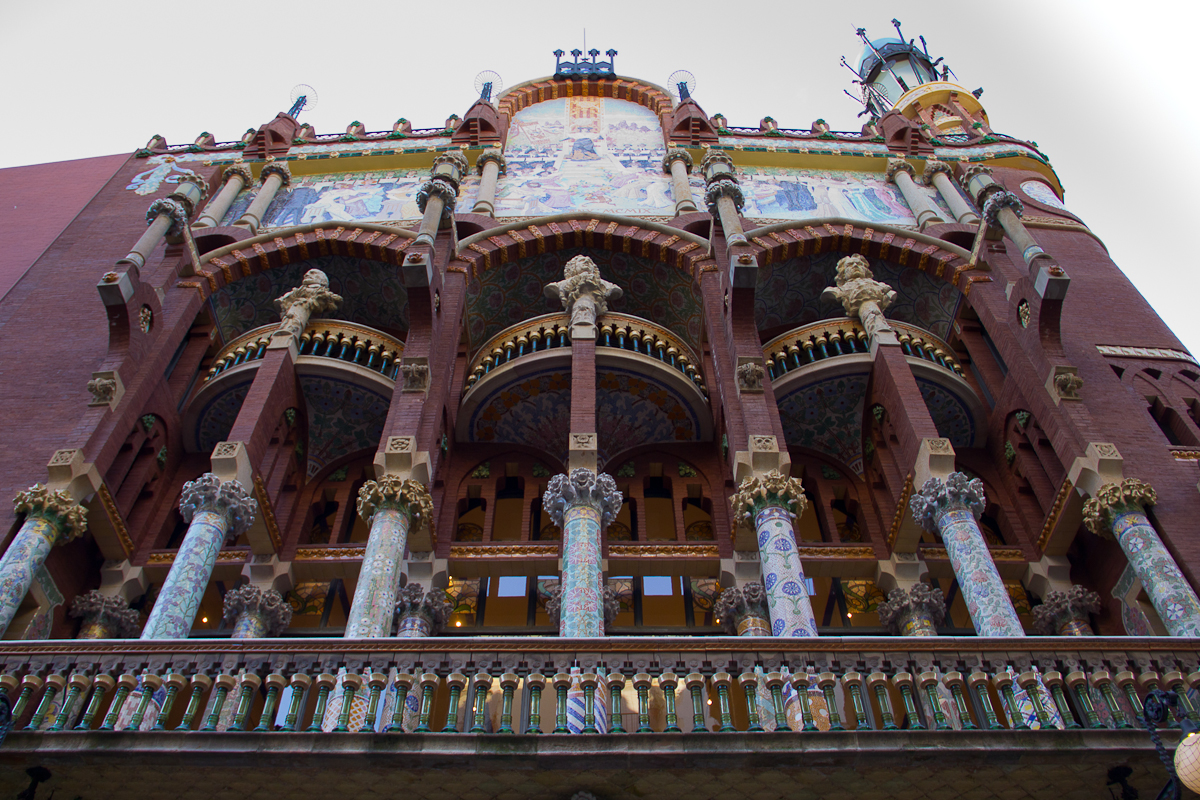 The Palau de Musica Catalana was equally challenging as far as picture taking goes, but instead of construction, I dealt with having to pin myself against the wall of whatever building was across the street, and attempt to get as much of the design in the frame. Although this shot and the ones below don’t do the building justice, it is again easy to see the ornate decor that these buildings are decorated with. 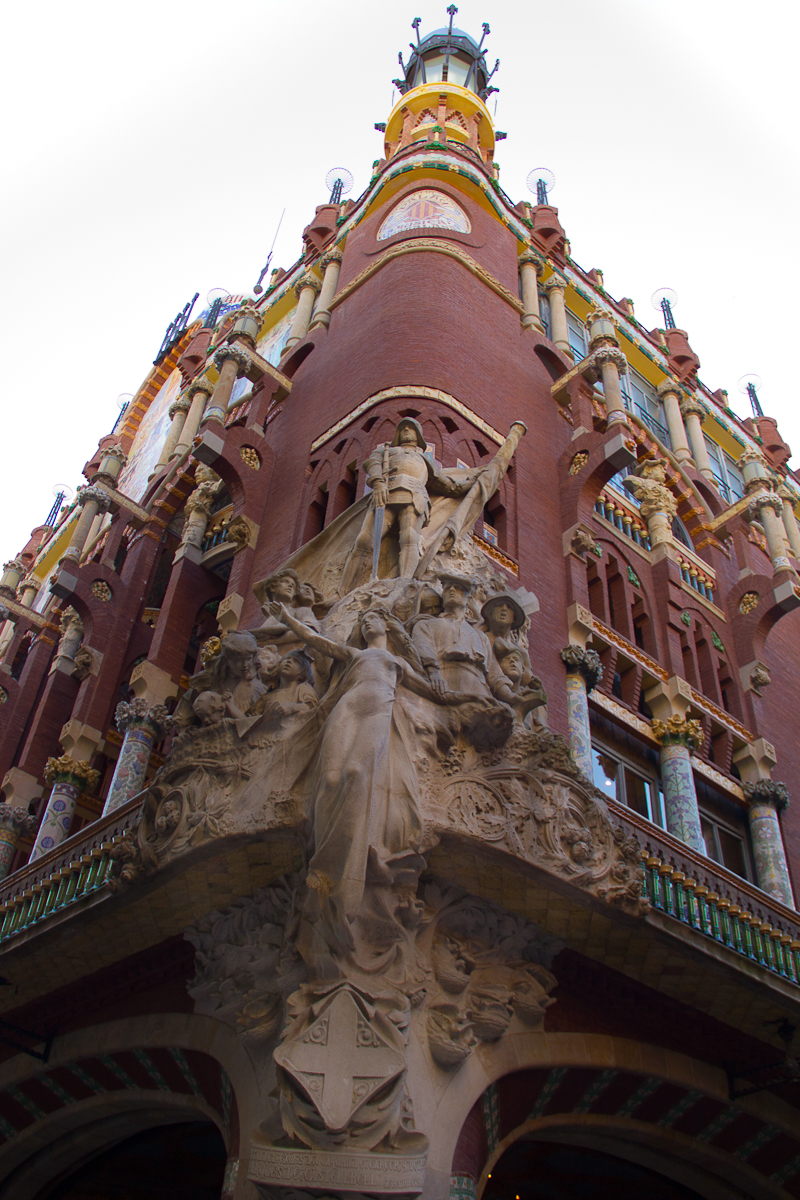 All of the corners of the Palau were ordained with massive sculptures. 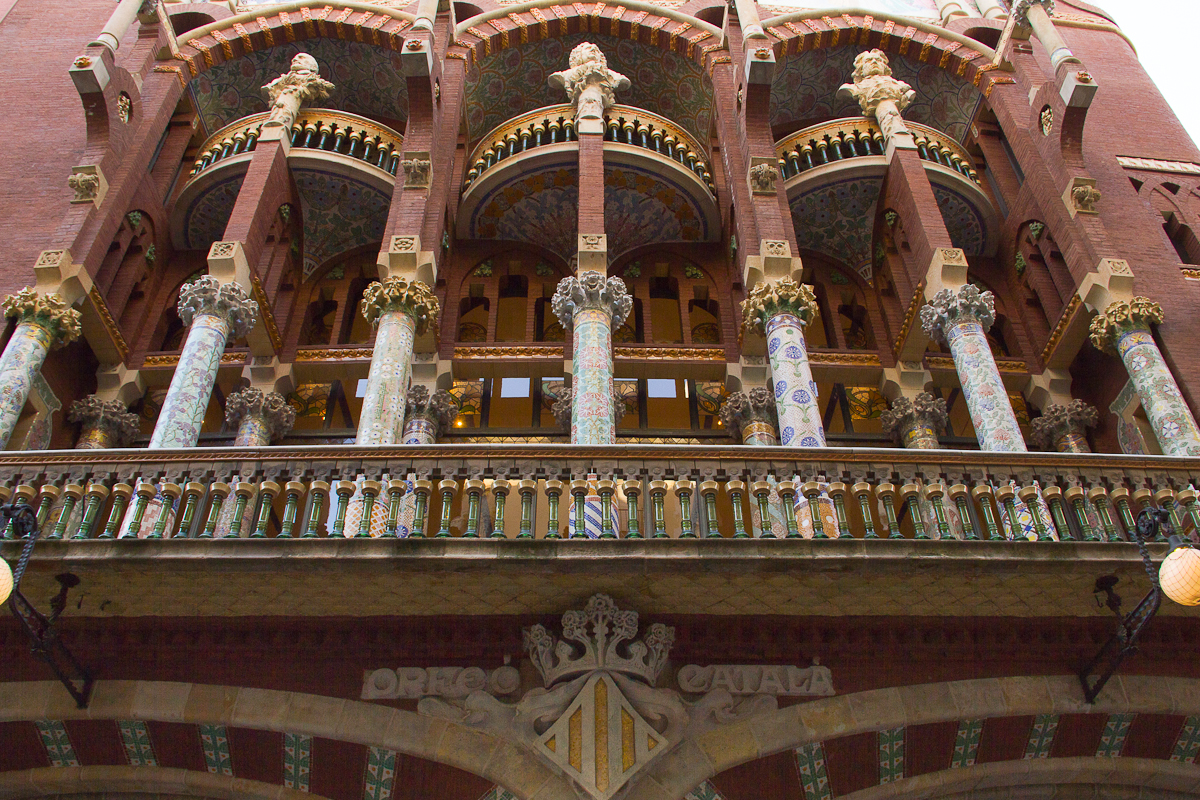 For the official description of this site visit the official UNESCO page.
Click here for a complete list of the UNESCO World Heritage Sites I’ve visited.