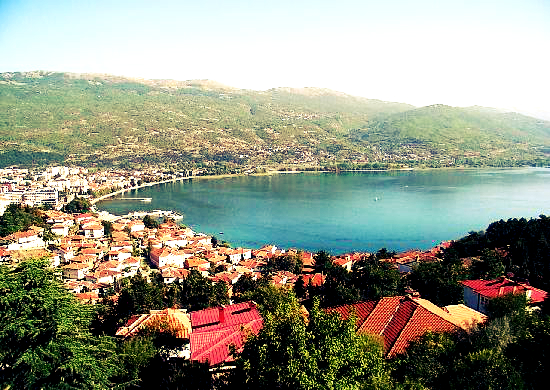 â€œMacedonia Sweetwater Seaâ€, also known as the Ohrid Lake, is one for the intense blue colors of the water and unique flora that lives there.Â  Ohrid Lake is considered to be the oldest lakes in Europe along with being the deepest which contains numerous fossils from the Tertiary Period. The lake environment for these fossils and the Ohrid Lake Plasica Fish are distinctive to the Macedonia landscape. It is easy to travel along the northern side of the lake to the town of Ohrid, Lake Ohrid and surrounding landscape where people can view a living fossil museum. Furthermore, people will find that during the last century this Macedonia landscape was declared to be the Cultural and Natural World Heritage Site sponsored by UNESCO. Although people will find that each hidden gem location independent from one another they are all spectacular to see.

The hidden gems are large mountain formations that can be dated approximately 464 million years ago. The Alpine climate is perfect for beautiful snow Cap Mountains, glacier lakes, waterfalls, dense evergreen forests, and lush mountain meadows. Tourists can enjoy a number of outdoor sports activities which includes marked trails for hiking, mountain climbing and cross country mountain biking. The Pelister National Park is the oldest one in Macedonia. The mountain peak is where the national park gets its name and it has quite a unique myth tied to it. The mountain range extends to the foot of Babe Mountain which overlooks the nestled city of Bitola. In fact do to the majestic landscape which is the home to many wildlife and the clear streams are filled with Pelister trout. The Mavrova National Park was formed in 1949 and is the largest of the parks in Macedonia. The park is on the highest mountain peak and includes 17 glacial lakes. In the spring when the snow is melting a beautiful vertical waterfall forms dropping 136 meters into a basin of the river. The Å ar Mountains that borders the Republic of Macedonia and Albania includes the Mount Korab, Mount Pelister and Babe Mountain. The country of Albania in 2011 declared the area the Natural Park Korab-Koritnik. The glacier lakes found on top of the Pelister peak stands out as bright sunshine reflects off the snow and water.

The two glacier lakes on Pelister have the names of Big and Small Lake. However with the reflection of the sun projects an image of Pelisterâ€™s eyes. The romantic legend is about a man named as Gorski Oci also known by the name of Pelister.Â  The legend is based on how the two lakes were formed from a love story. Â The story goes that two sisters were in love with a boy named Pelister. Unfortunately the mother of the two sisters would not allow her daughters to marry him. The mother in anger sent the two sisters to the mountains and cursed them to be close but at the same time not able to see one another. One of the sisters wandered through the forest until she reached the area that is known as Big Lake. The other sister stopped where the Small Lake is located. The sisters were heartbroken and began to cry uncontrollable. They cried for so long that the tears filled both lakes.