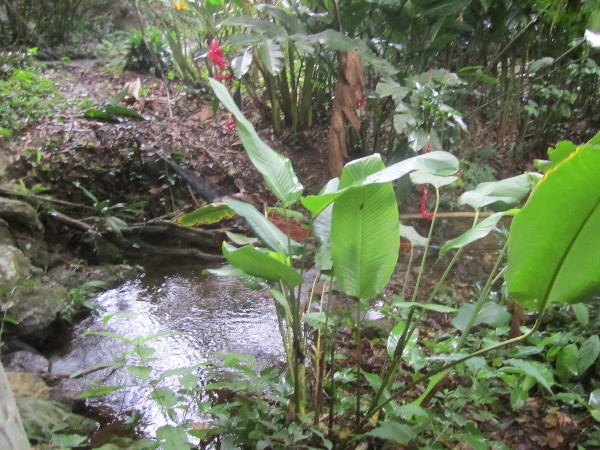 My first 24 hours in Honduras sucked… Nothing really bad happened, just a lot of little annoying and frusturating things. Most of my problems had to do with getting to and from a few places.

My trip to Honduras started with a ferry from Placencia, Belize. The ferry wasn’t too bad except for the 1 1/2 our stop for immigration on the way out of Belize but things got a little more interesting once we got to Honduras. We docked and a man dressed in a uniform (presumably immigration) starting calling all of the passengers one by one to the front exit of the ferry to check their passports. Only once I got called did I realize he wasn’t checking the passports, he was collecting them. And not only was he collecting them, he was simply placing them in a plastic bag (like what you get at Wal-Mart). Immediatley my (something is fishy) radar went off.

As I looked around I could tell who had and had not been to Honduras before. Those who had not, were freaking out like me, while a few other gringos were sitting calmly watching the process. My friends and I asked around and soon found out that our passports would be taken to the immigration office were we would have to pick them up. Luckily for the taxi drivers, the office was a bit far for walking, so everyone from the boat got to pay $2 or $3 to get to the immigration office, hhmmmm, these seems well thought out… Luckily the immigration office (aka some folding tables in an almost empty room) was easy enough to find.

Then next adventure of the day had to do with the very next mode of transportation we took, a bus from our port city to the main city on northern Honduras called San Pedro where my friends would fly home and I would continue on to my current home, La Ceiba. We caught a bus and told them our situation, half of us to the airport, and the rest to the main bus terminal in San Pedro. They apparently were not understanding us because they went nowhere near the airport and we didn’t know this until a local on the bus let us know. We then said to just get us to the bus terminal and everyone going to the airport could take a taxi from there.

The bus stopped, we were told to walk two blocks and take a left. After following those directions we quickly realized we had simply been dropped in the middle of the city with no airport or bus terminal anywhere nearby. We evetually found taxis which took half of the group (my friends) to the airport and the other half (myself and a few others) to the bus terminal.

From there we caught a bus that left San Pedro at 5pm. It was the last bus of the day even though they had a listing of busses running until 6pm. We were rushed through the bus terminal, all of us trying to buy food, but none of us having small bills that people could provide change for. We loaded onto the bus hungry, exhausted, and some of us without a seat. 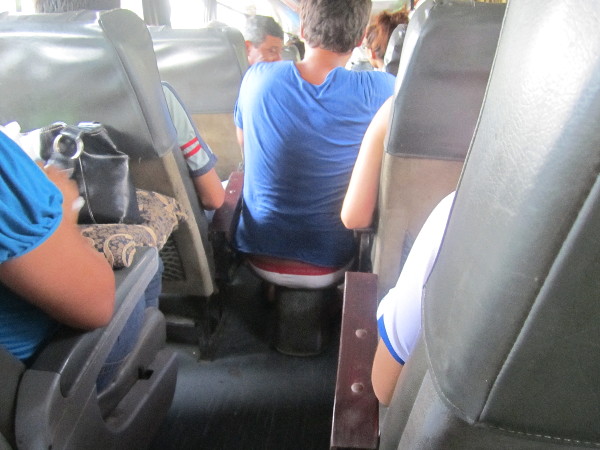 Our bus ride ended past dark so we made a b-line for the taxis since the streets are not that safe at night.Â  Our driver was a bit of a pain as he was constantly insisting we stay at certain places, which basically means he gets a kickback.Â  We actually ended up liking one of the places he forced upon us as it had a fair price.Â  The hotel was great, minus the fact that every time I wanted to flush my toilet I had to poor a bucket of water in the back of the toilet, but hey, just minor details.

I awoke today, did a little exploring of the somewhat unattractive city of La Ceiba.Â  I know I wasn’t in the tourist area so it wasn’t going to look as nice but I was severely under impressed with the attitude of most of the people I met as well.Â  Maybe it was the rain?Â  Later in the afternoon my new friends and I boarded a bus to head up to the mountains just outside of La Ceiba.Â  This bus was made four about 4o to 50 people, and with the addition of the people at our stop, we were easily over 80 and possibly over 90.Â  It was a bit intense and most travelers experience this at one time or another, this was just my first time. 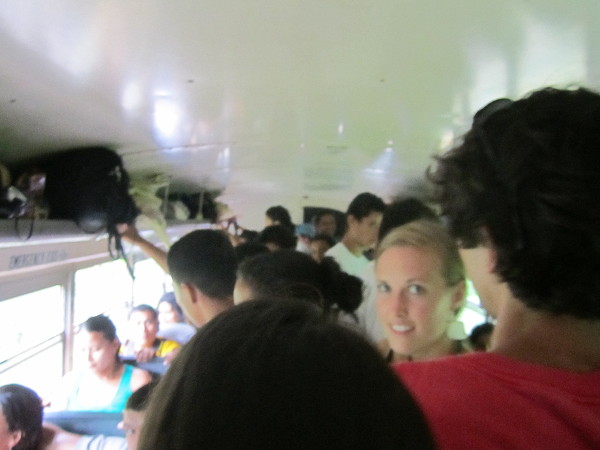 Finally we completed our 30 minute journey in our standing room only bus.Â  Unfortunately, the bus was so full it had to pass our stop because the road was to steep.Â  We drove further up the mountain until it leveled off and were then let out and greeted by a 10+ minute walk back down.Â  Now up until this point in the post I’ve been doing a lot of complaining.Â  But it was our arrival at our current location that finally gave me a little insight into who people called Honduras paradise.Â  Our hostel is located high on a mountainside, completely surrounded by jungle, providing an amazing view of the city below.Â  Tonight I’ll be sleeping in a cabin that is suspended over a small stream and I’ll be falling asleep to the sound of the water running.

My first 24 hours in Honduras may have sucked, but finally seeing its true beauty has made all the toils completely worth it.