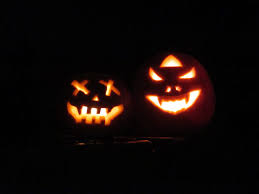 Wherever you travel in the world, you can find unique traditions and habits. Every country has its weird things to do, but sometimes, there are customs that make us wonder, surprise, or astonish.

One of its strange traditions is definitely the non-use of the metric system. Even if the Congress of the United States of America authorised its use in the 1866th, and repeated the invitation several times, the metric system has never became the main measure system in USA. If you travel to America, you’ll see that they still use inches, miles, pounds, teaspoons, ounces, and ton of bricks to measure the length. The authorities even approved a metric conversion board, but the situation remained unchanged and did not produce any significant result.

Another well-established tradition is the Presidential Turkey Pardons. Consider that Thanksgiving is a national holiday, and celebrating it properly, is very important for all Americans. They use to stay home with their families, and cook a turkey for dinner. The National Turkey Federation offers every year a turkey to the president of the United States of America. This was an old tradition. The new one starts in 1989, when the then-president, George H.W. Bush, decided to pardon the poor bird, establishing this way a new tradition. We do wonder what the other 45 million of sacrificed turkeys have to say about this. The strange thing is not the presidential pardon, because the president is free to do whatever he wants with his turkey, but the fact that he gives his pardoning to a turkey, ignoring those prisoners on their death row. We have to remember that there are still many American states that adopt the death penalty.
Another interesting American tradition is also connected to the Thanksgiving Day. The day after is called the Black Friday, and it is the day when millions of Americans go out and do their Christmas shopping. Thanksgiving is celebrated in the fourth Thursday of November, so Black Friday is the day after. Recently, with the launch of the online trade, a new tradition, called Cyber Monday, is taking root.

We know for sure that Americans love the weather forecasts. They need them and they want to know what the weather is for every minute of their day. That is why they have this weird tradition called the Groundhog Day Prognosticating. On the 2nd of February, many people expect a woodchuck to come out of its burrow. They say that it will be an early spring if he retreats.

Watching Super Bowl is a must in America. The weird part is that the Americans don’t lose a minute from the Super Bowl commercials. They are addicted to it and they talk a lot about any particular advertising in the following days.

Many of these are traditions that centuries have not erased, and people still practice, without wondering why they do it and where they come from. America is the land of freedom, and knowing that they have all those weird traditions might convince you to visit to experience one for yourself. If you do, consider getting travel insurance before organising your trip there.

Before you head over to America you must make sure that you have your visum USA or USA entry visa in order, call the US embassy that’s closest to you to find out all the information you need to know. Have a great trip experiencing all of those weird and wonderful traditions.