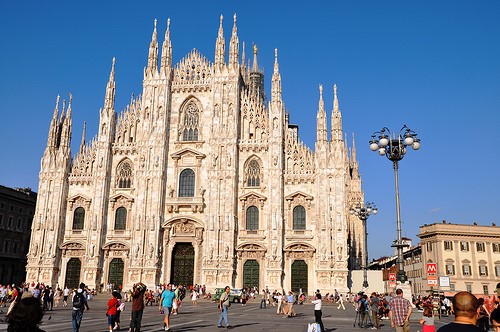 Milan is the second most populous area in Italy and is one the trendiest metropolitan areas in the world. But don’t be fooled by this modern front. The city is steeped in tradition and history, offering a wide mix of things to do and sights to see, of both new and old.

Check out our list of the top things to see and do in Milan below.

Be stunned by the Milan Cathedral

Milan Cathedral is the biggest church in Italy, which is quite a feat, considering just how many churches there are within the country. It’s also the fifth biggest church in the world. The cathedral is extremely intricate and took the best part of five hundred years to complete, making it one of the longest build times in history.

Leonardo Da Vinci is one of the most iconic Italians of all times. This cultural icon and Renaissance genius’ output is vast, with his Last Supper being one of his most celebrated works.

Milan is fantastic for art lovers, with many visiting the city for this reason alone. The city is hosting Italy’s largest ever Da Vinci exhibition, which runs until July 2015, and is certain to draw huge crowds. 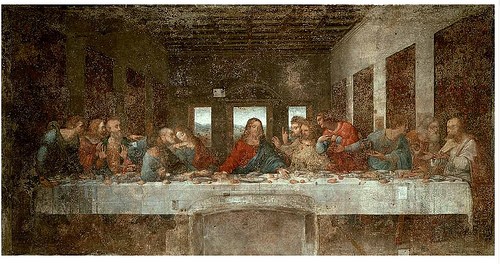 See Milan’s Finest in Action at the San Siro

Milan is home to two world beating football teams, AC Milan and Inter Milan. Not only do these two teams share the same city, they share the same stadium. This creates an intense sense of rivalry, so try catching a local derby game if you can. You can even add to the excitement by taking part in Serie A betting, with this being one of the most wagered on games in the calendar.

If you want to see this historic stadium in full swing, with both teams still housed in it, you may only have a few years to act. The two teams have long hated the stadium sharing setup, claiming that it causes the pitch to take a beating and makes scheduling matches and events a pain. Recent reports have suggested AC Milan could be on their way out of the San Siro and are in the process of developing a stadium of their own, so be sure to visit before 2018 for the full experience.

Grab a bite to eat at Milan’s favourite deli

Peck should be on every foodie’s radar. This famous deli offers the best of Italian food across three awesome floors of gastronomic heaven. You can snap up Italian meats, refreshing gelato, or explore the bewildering amount of wine available for purchase.

Exploring Peck is one of the easiest ways to truly eat like a local – and being able to wander around and grab whatever tickles your fancy is great.

10 Corso Como is the brainchild of Carla Sozzani, the influential fashionista who was pivotal to the success of Elle and Vogue. 10 Corso Como is hyper modern and trendy and combines elements of an art gallery, bookshop, restaurant, fashion stores, hotel and garden into one stylish package.

If you’re a design geek or a fashion nerd, you owe it to yourself to check it out. 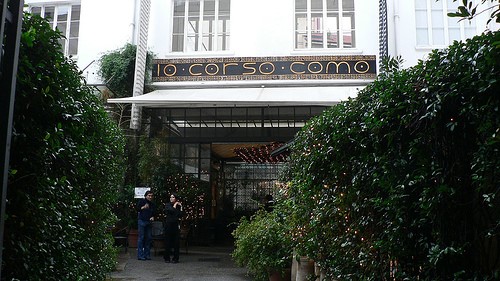 Do you have your own hidden hotspot in Milan? Get in touch to let us know!