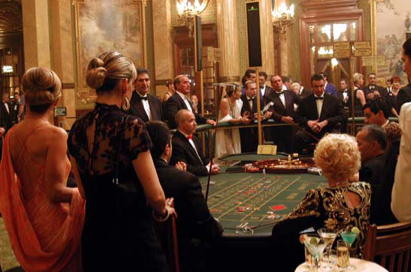 The game of roulette has a rich European history and was first played in its present form in Paris around 1796. The game is named after the French diminutive term for â€œlittle wheelâ€ and was created by Frenchman Blaise Pascal, who was studying theories of probability at the time. Pascal created what he termed â€œa perpetual motion machineâ€ and this invention, after some modification, became the roulette wheel we are all familiar with today.

The early versions of roulette were games reserved exclusively for French royalty and were played in the king’s court and the palaces of the noblemen. Initially, the wheels featured numbered pockets that ran from 1 to 36, but when the game reached casinos a single zero slot was used to increase the house’s edge. The single-zero wheel gained great popularity in Germany in the 1900s, but when a gambling ban was implemented by the German government, the last legal casino operation in Europe was moved to Monte Carlo, one of the worldâ€™s biggest gaming capitals to this day. 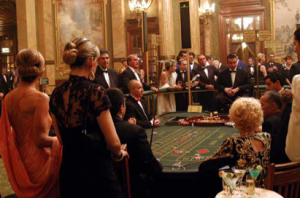 With the launch of European-style roulette to the elite of Europe in Monte Carlo, the game once again became popular with royalty and the rich and famous. This became a gambling Mecca for Europeans and the rest of the world, and it was here that the single-zero wheel became the premier option.

To this day, players can still play roulette at the prestigious Grand Casino de Monte Carlo, and the heritage of the game has been well preserved. From here, the game of roulette was exported across the world, and it infiltrated gaming rooms and casinos in every city. However, the United States stood firm on their double-zero stance and the game of double-zero roulette remained dominant across the country. 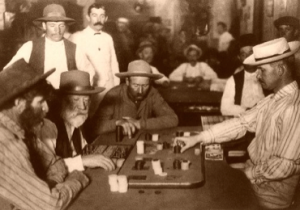 In the United States of America, the French double-zero version of roulette made its way from the gaming rooms of New Orleans to the plantation houses along the Mississippi and then on to the West. At this stage, the wheel was moved from underneath the table on top, and the betting layout became simplified in order for everything to be clear.

From this, the American version of roulette was born, separating it from the original French style not only in game play but in the locations where it was played. The French game evolved in the opulence and luxury of Monte Carlo, and the American game was born in gambling halls and dens in makeshift territories. The American version of the game is now one of the worldâ€™s most popular and is available in bricks and mortar establishments and is included in various online casinoâ€™s list of roulette variants.

A Game Thatâ€™s Stood the Test of Time

Roulette has stood the test of time around the world, and during the first part of the 20th century Monte Carlo and Las Vegas were the two driving forces behind the game. Monte Carlo offered traditional single-zero French games and Las Vegas was already carving a niche for itself with fast-paced, high-roller American roulette and its double-zero wheel. Today you can play roulette just about anywhere. Although itâ€™s no longer a game reserved for royalty, it still exudes sophistication and class, and the red and black wheel is synonymous with high rollers and big wins.