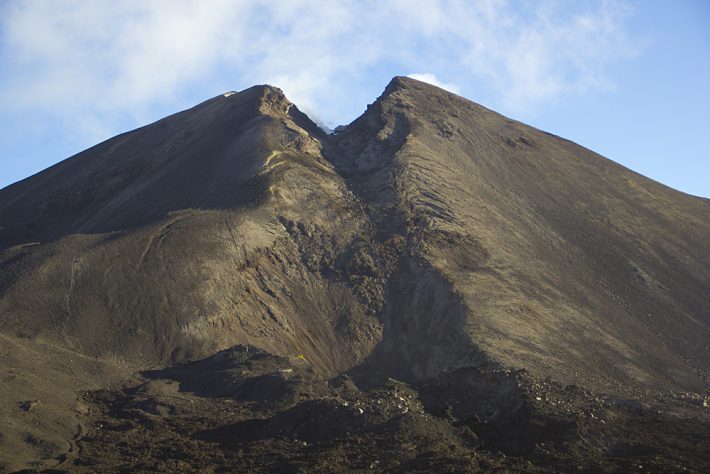 Two days ago, for less than what I would pay to go to the movies in the U.S. and some supplies from Backcountry.com, my friend and I hiked an active volcano named Pacaya. It’s something many have done before me, and many more will do after me, but yesterday was my day to do it, and it was freaking awesome! If you’ve been following me for awhile then you might remember that last summer Pacaya erupted just before my trip began and was closed for a vast majority of my time there, so I didn’t get a chance to hike it. Needless to say, this was a long awaited trek that I was really looking forward to. 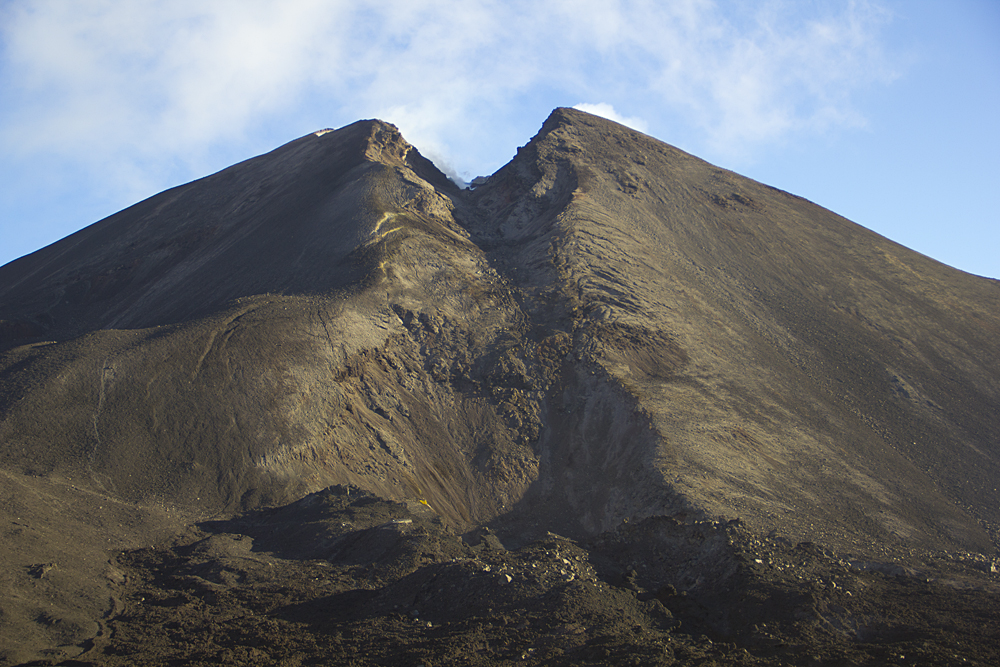 The hike began in a small village on the side of the volcano where we had a chance to stretch from our shuttle ride and buy any food or drink that we wanted. There were lots of kids running around trying to sell everyone marshmallows (to roast on the hot spots) and walking sticks. It was quite humorous to hear a bunch of young boys yelling “stick, stick, you want stick?” over and over at a bunch of gringos. The kids even followed us up the first part of the hike, which happens to be fairly steep, saying things like “See, you need stick!”. They were pretty good salesmen if I do say so myself, but I opted for no stick.

We eventually reached a high summit allowing for some amazing views of Volcan de Agua and Voclan de Fuego (which you might remember from a post last week, I got to see erupt) as well as some views of Guatemala City. At this point, the wind was so strong and piercingly cold, that almost everyone began adding on any layers that they had brought with them. I don’t think I can stress how hard this wind was blowing. I know this reference doesn’t make sense for everyone reading this but these winds were definitely hurricane force winds. People were literally knocked over and you could lean into the wind and be held up. It was very tough to take pictures in these conditions but I gave it a shot and was able to grab a few decent shots . 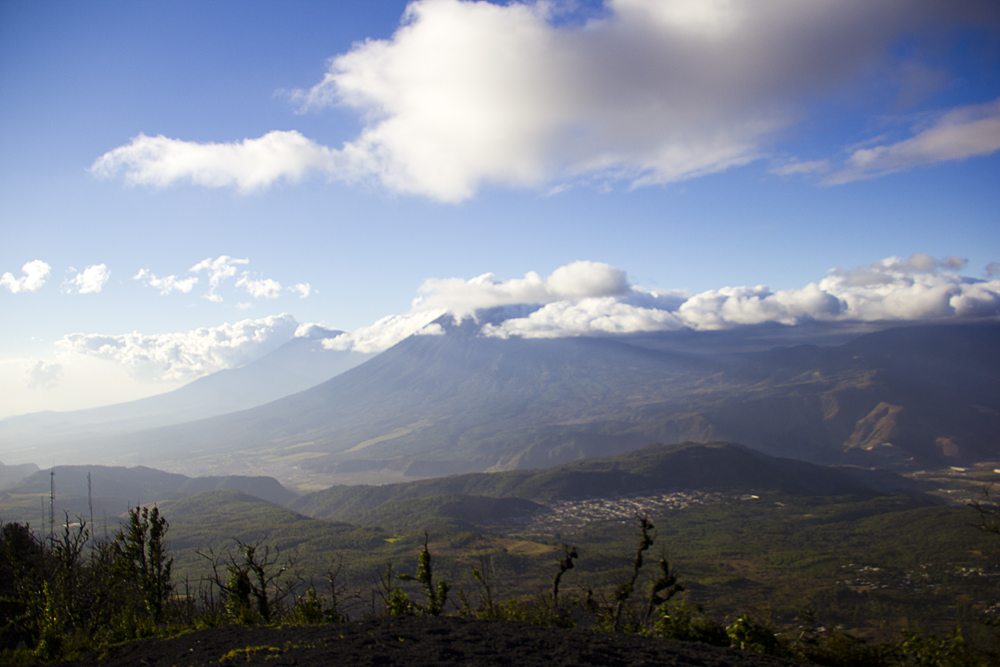 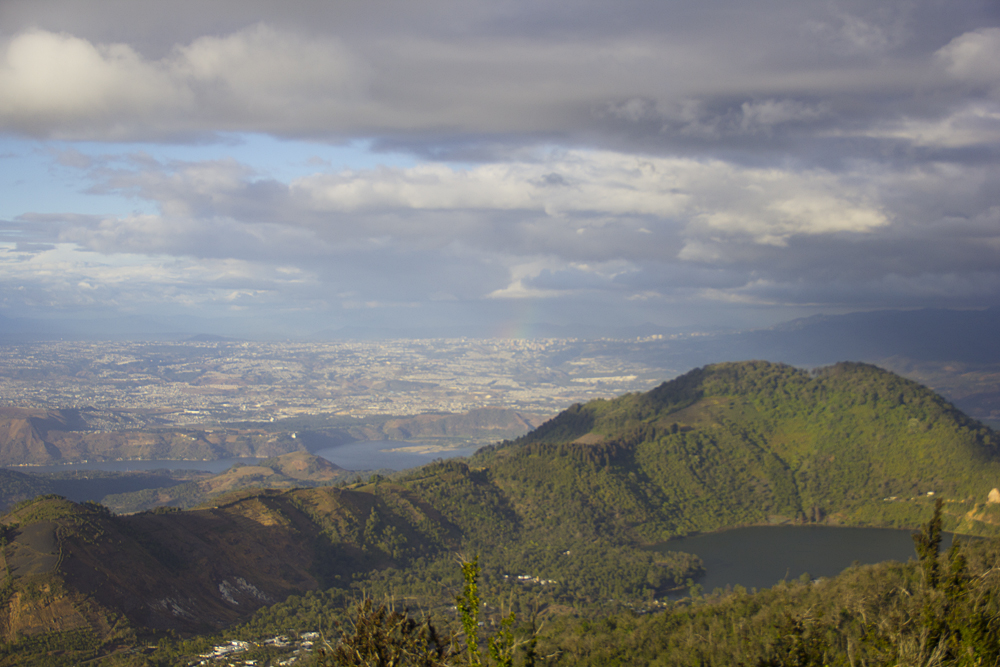 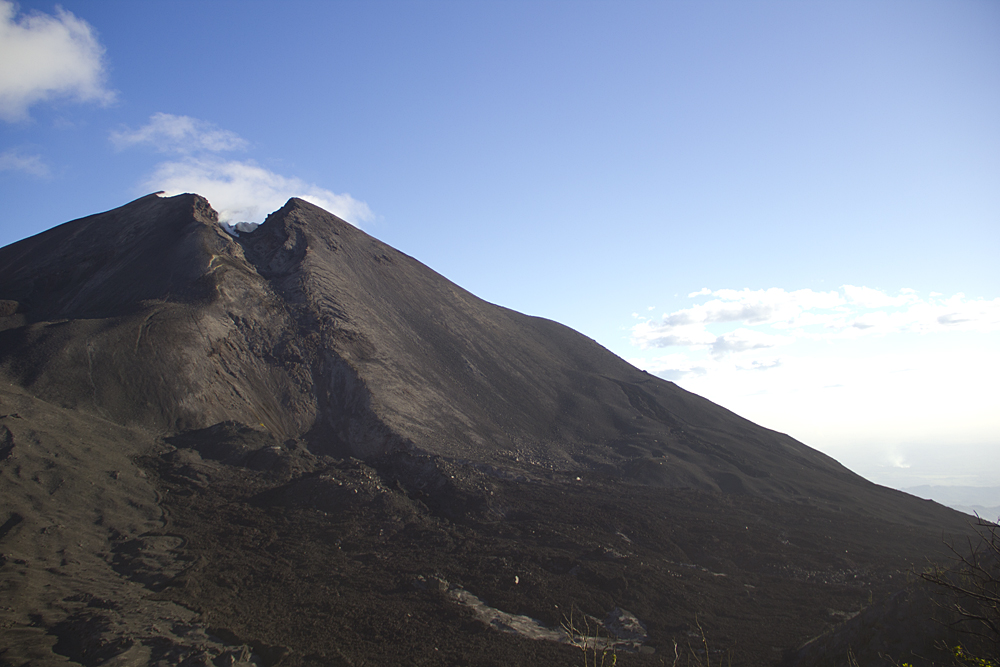 After this we hiked down to the molten rock fields that were created during the last eruption. It was a pretty cool sight to see and the hike down was sort of fun as well. I mean, as fun as hiking in gale force winds can be. 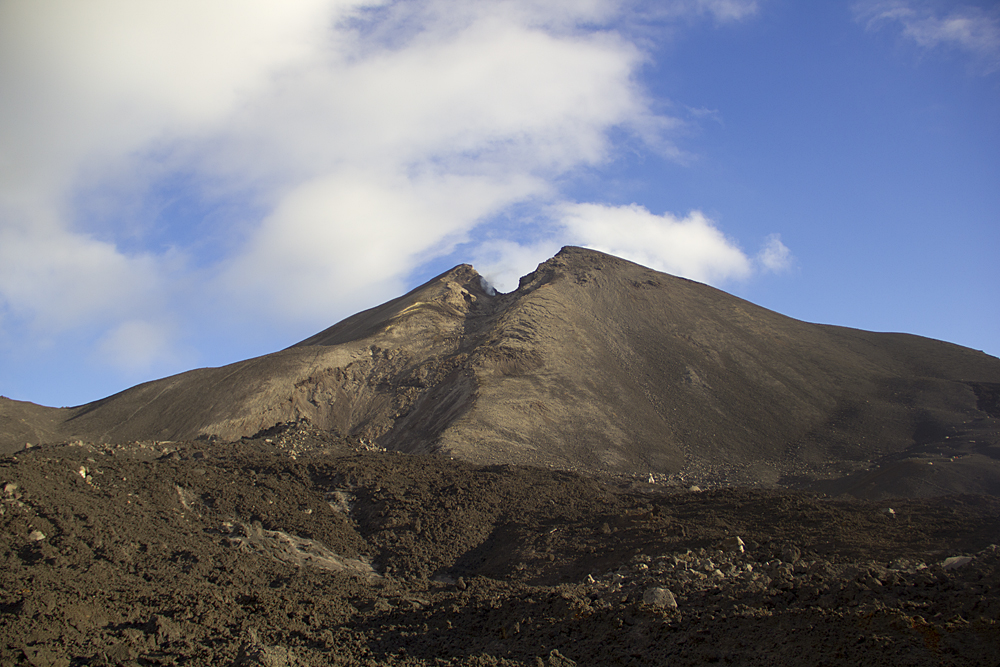 We reached our final stop where we were able to roast marshmallows (someone in our group had brought them), burn random stuff in the heat, walk into a volcanic sauna that literally took your breath away, and catch some views of one of the most amazing sunsets I’ve ever seen. 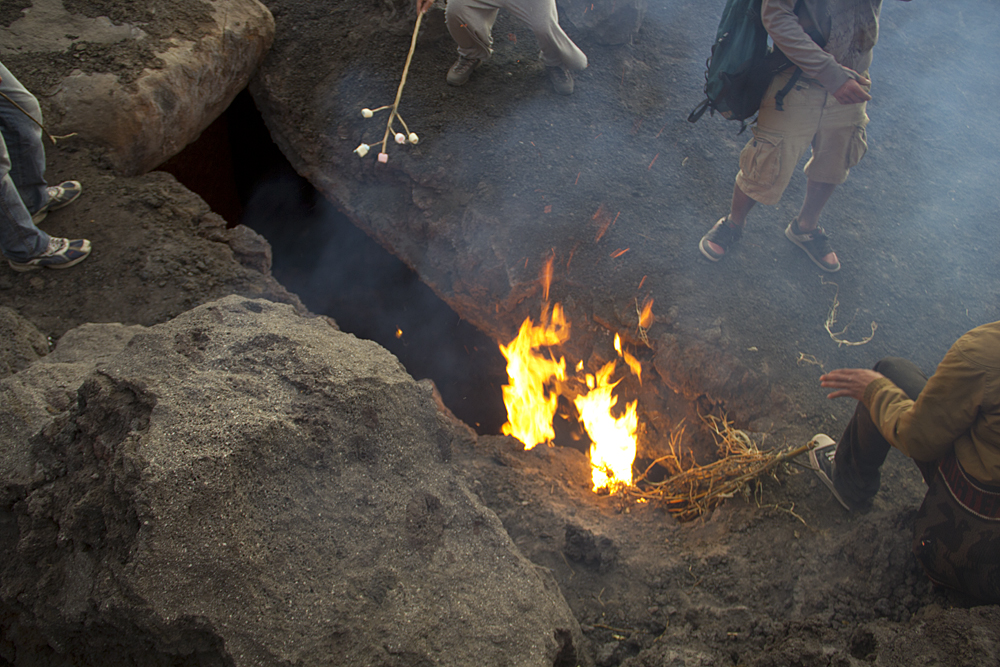 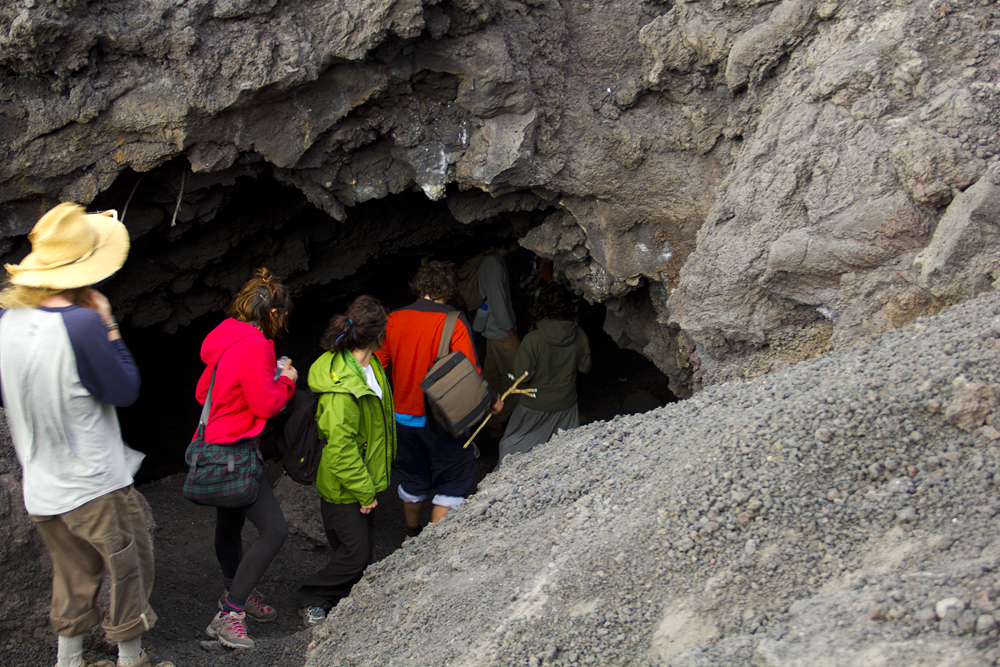 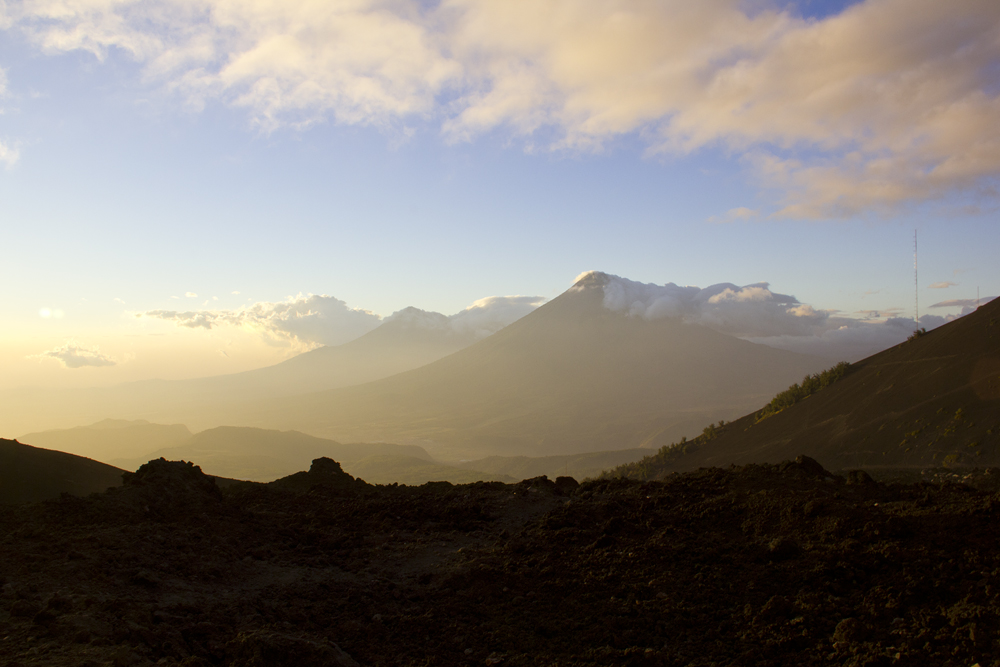 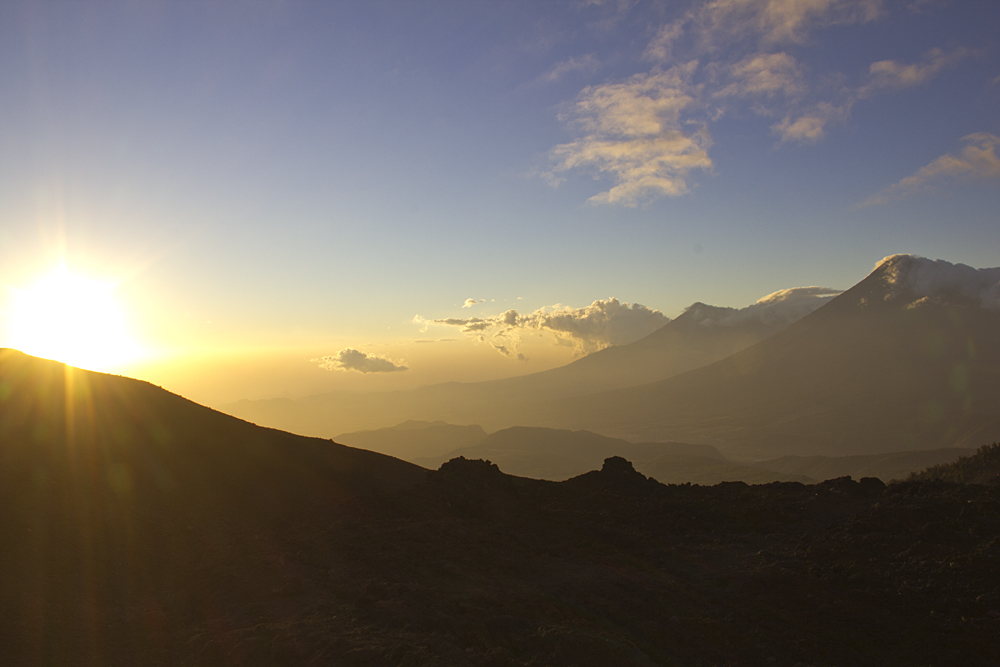 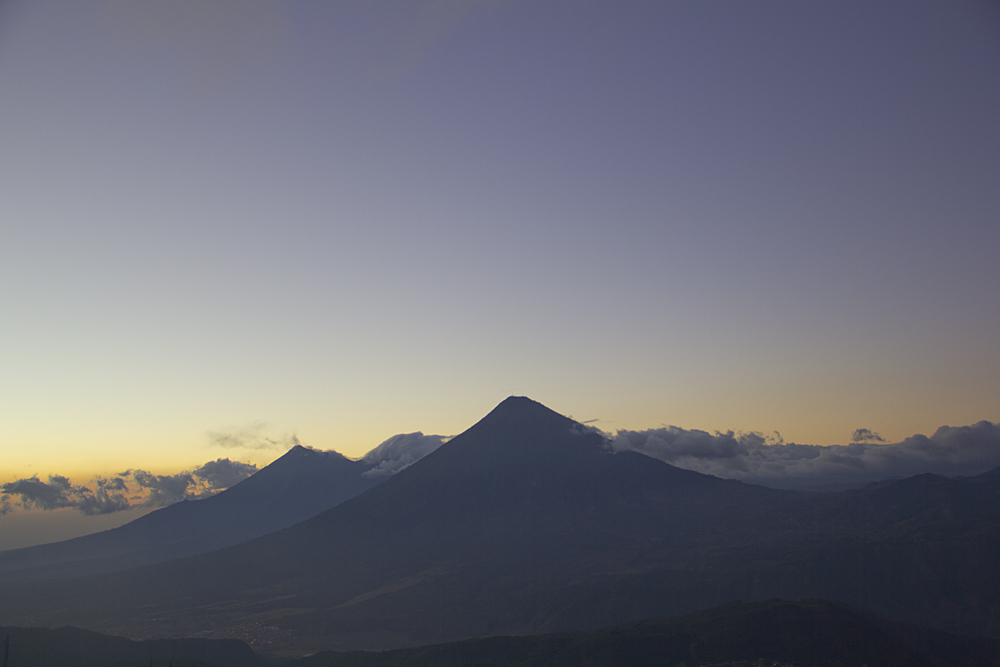 As if this wasn’t enough already, our trip wasn’t done yet. We still had to go back down. This thought didn’t really cross my mind until it was too late, but watching a sunset on a volcano or mountain means you are hiking back in the dark. Daniel and I had failed to bring flashlights, which resulted in me being the only person in the group to fall on their ass and it led to Daniel and I almost getting the back half of our group lost on the volcano. We were in the middle of the pack, and stopped for a quick photo, and upon rounding the next bend we discovered the path went about four different ways, and we had no idea which way was the right one. Everyone behind us caught up, and we debated a bit, as well as whistled and yelled for the rest of the group, but to no avail. Right about then I’m sure the rest of the group was thinking, “Damn Americans…. First the war in Iraq and Afghanistan, and now they get us stuck on a freaking volcano…”. Luckily, we ended up guessing correctly!

Regardless of these few small kinks, and the quarter inch layer of dust and dirt that was caked to my skin, hair, and clothes, the trip was an incredible experience. I’d highly recommend it to anyone who ever has the chance to visit this part of the world.