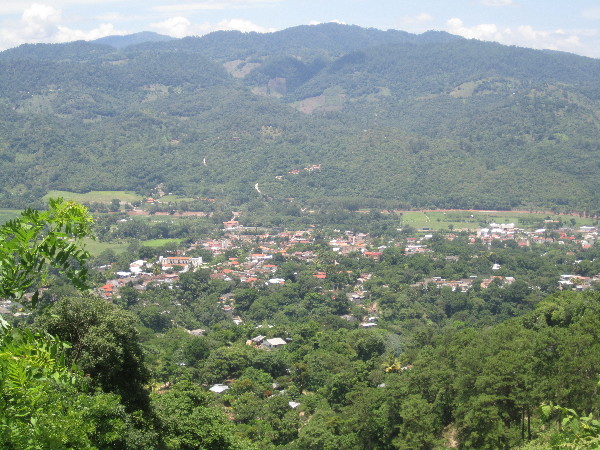 For those of you keeping up, two days ago I was struggling with the decision of whether or not to leave the lovely island of Honduras and head to the town of Copan Ruinas in the highlands of Honduras. I made my decision and yesterday morning I left on the ferry out of Utila at 6:20am. It was a long day of traveling, including a three hour bus ride which I spent standing in the aisle for a vast majority of the ride, but finally I arrived in the quant little town of Copan Ruinas, and I am very happy with my choice.

The heart of the city is a small park, or square in the middle of town. It features a fountain, a small stage, and multiple street vendors. The square is constantly filled with locals making their way through the town.

The reason that most tourists come to Copan Ruinas, and the reason for my visit, is to see the Copan Archealogical site about 1 kilometer outside of town. The site is home to some of the most detailed Mayan ruins still in existence today, and although the site is not nearly as grand as Tikal, the artwork, well kept remains of carvings, and wild macaws are reason enough to visit this tiny town tucked away in the mountains of Honduras.