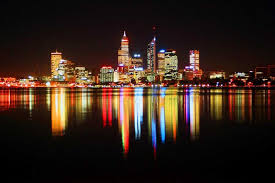 Thinking about a holiday to Australia? Don’t be a drongo and follow the herd down the east coast just because you’ve heard that Sydney’s beaches are a haven for sunbathing, surfing and scoffing shellfish of the barbie. Live a little and head to God’s own country: Western Australia. Here you’ll find more unforgettable attractions than you can shake a didgeridoo at. Great beaches? Check. Awesome National Parks? Check. Cool and cosmopolitan cities? Check. Some of the most beautiful scenery in the country, if not on earth? Check. Whale watching, coral reefs, sunken wrecks, fine wines and historic towns? Yep. Take a holiday to Western Australia and you’ll find the lot and loads more besides.

To give you an idea as to exactly why we think WA is the kangaroo’s cobblers, take a look at this little selection of 10 Unmissable Destinations in Western Australia.