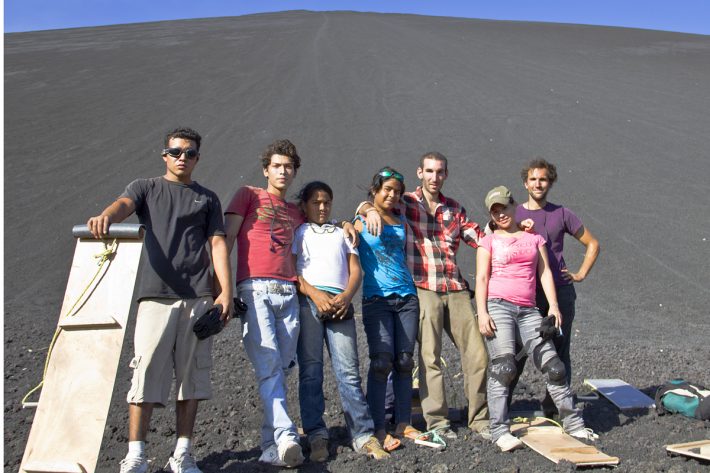 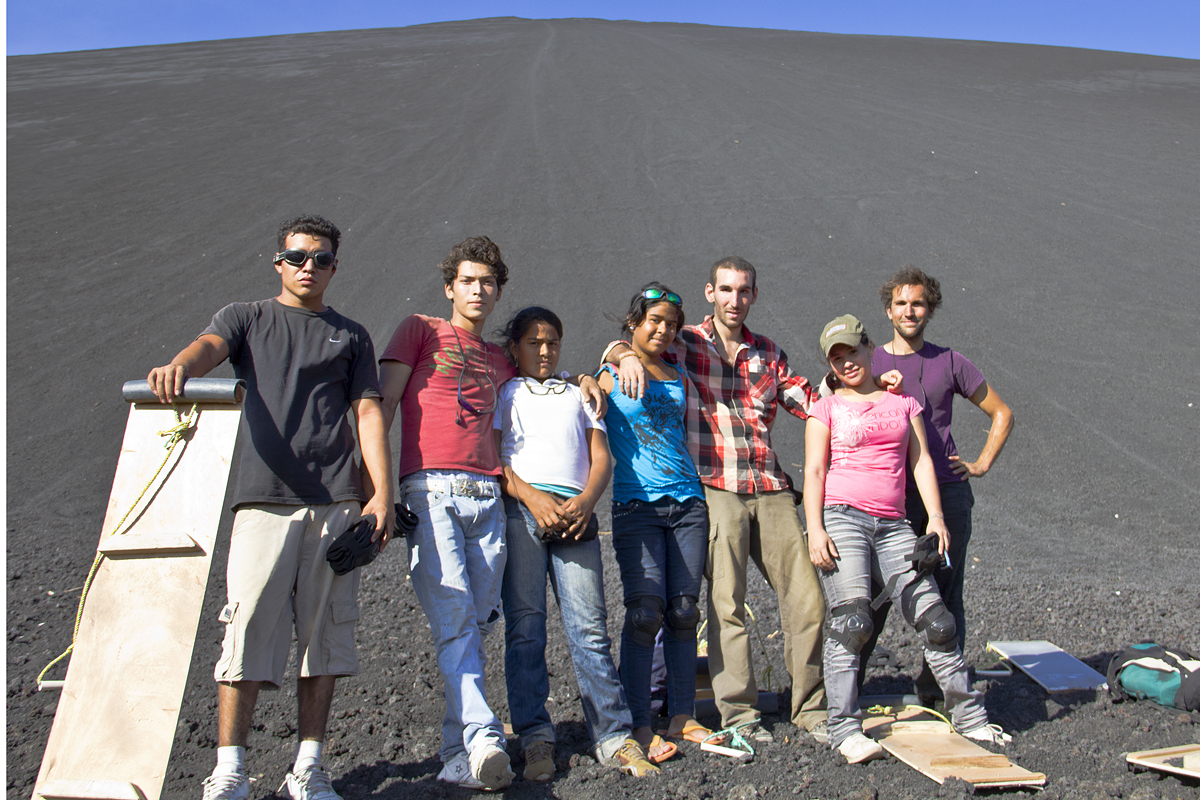 A guy I had met through Couchsurfing.com told me he planned to rent a truck and take some of his neighbors to Cerro Negro. He has been living here in Leon for four or five months, and many of the kids in his neighborhood, who have been living here their entire lives, had never gotten a chance to go volcano boarding because it was too expensive. I had already been last weekend during my full moon volcano hike, but it was the middle of the night and I couldn’t get many photos or a video so I wanted to go again.

Just to be clear, volcano boarding is basically sledding down the side of a volcano on a piece of plywood with sheet metal on the bottom of it. You control how fast you go (to an extent) and the fastest ever recorded on this volcano is 87 kilometers per hour. Most people (including myself) reach between 50 and 60 kilometers per hour.

It ended up being an amazing trip, and seeing the reaction of the kids as most of them saw, hiked, and boarded down the volcano for the first time was a truly awesome experience that I am really glad I got to be a part of. Here is a short video of the trip, and although you don’t see much of the “high speed” stuff as it was really to film on that part of the volcano due to steepness and wind, you get the idea!

Now, you might have noticed the ending of that video being a bit off. That was me crashing while trying to film. Funny, yes, but also a bit painful. You see, the first time I went down I went with a tour company who provided these protective jumpsuits along with the boards. This time we just rented from the park itself, and, well, they don’t provide jumpsuits… I had assumed they would, so I was wearing gym shorts and a tshirt. Definitely not ideal clothing for sliding down a volcano at up to 60+ kilometers per hour.

So, the next three photos are what happens when you volcano board, in shorts, while trying to video tape with one hand, and control your plywood board with the other hand. I will warn you that the last photo is a little graphic. Partly in that it is technically a photo of part of my ass, and partly because it is what happens when your ass meets volcanic rock. I tried to edit out as much as I could to spare your eyes so hopefully it helps! 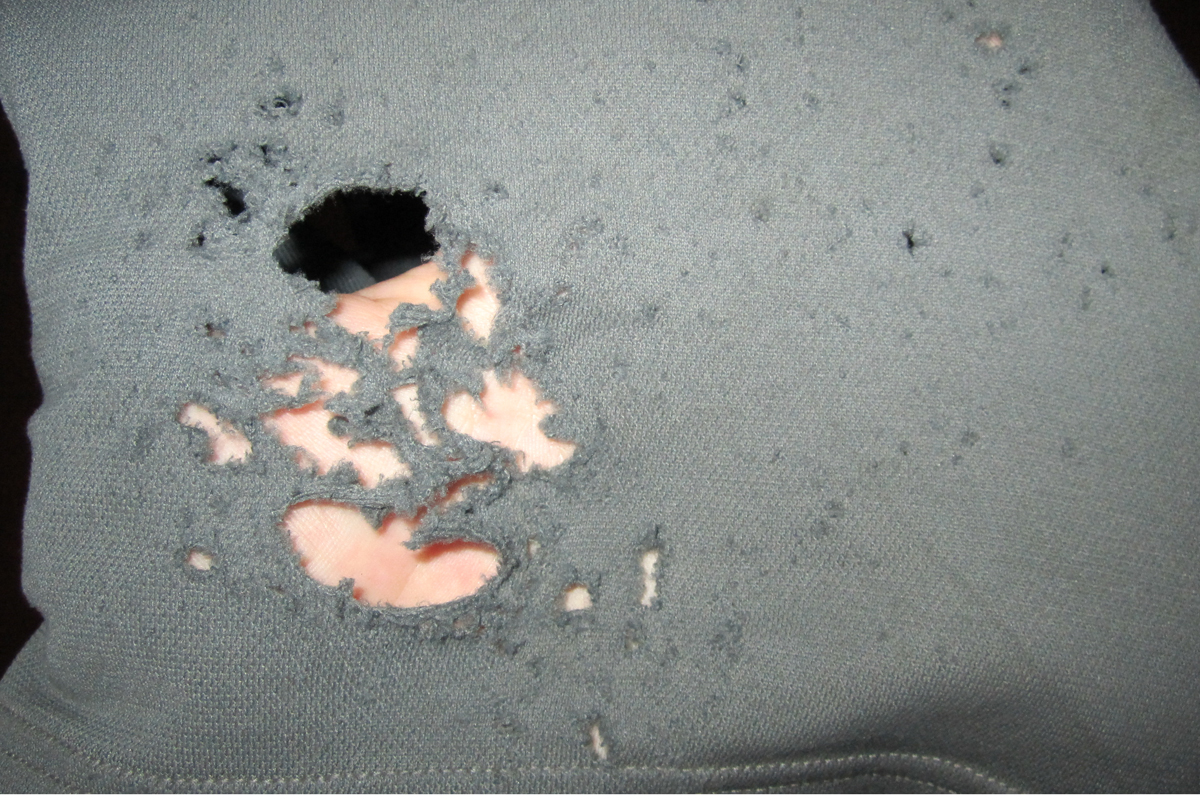 These are (were) my shorts. Apparently athletic shorts, volcanos, and high speeds don’t really mix… 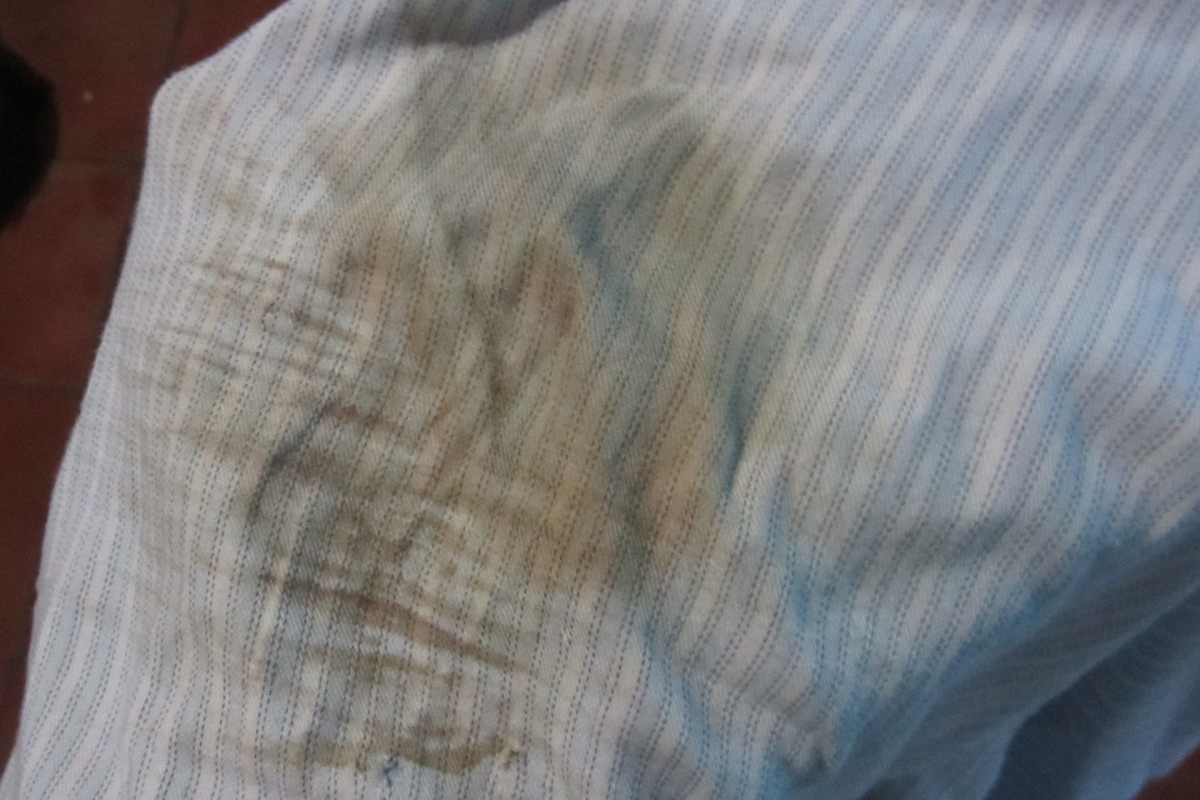 These are my boxers. I SWEAR that is dirt, and not a reaction to me being scared. This isn’t that interesting of a picture until I tell you that I’ve decided to take these bad boys to a laundromat mixed in with all my other clothes and then secretly film the reaction of the lucky person who ends up with my bag as they pull them out and, as most of us would, come to a very different conclusion about the origins of that stain other than “volcano boarding accident.” 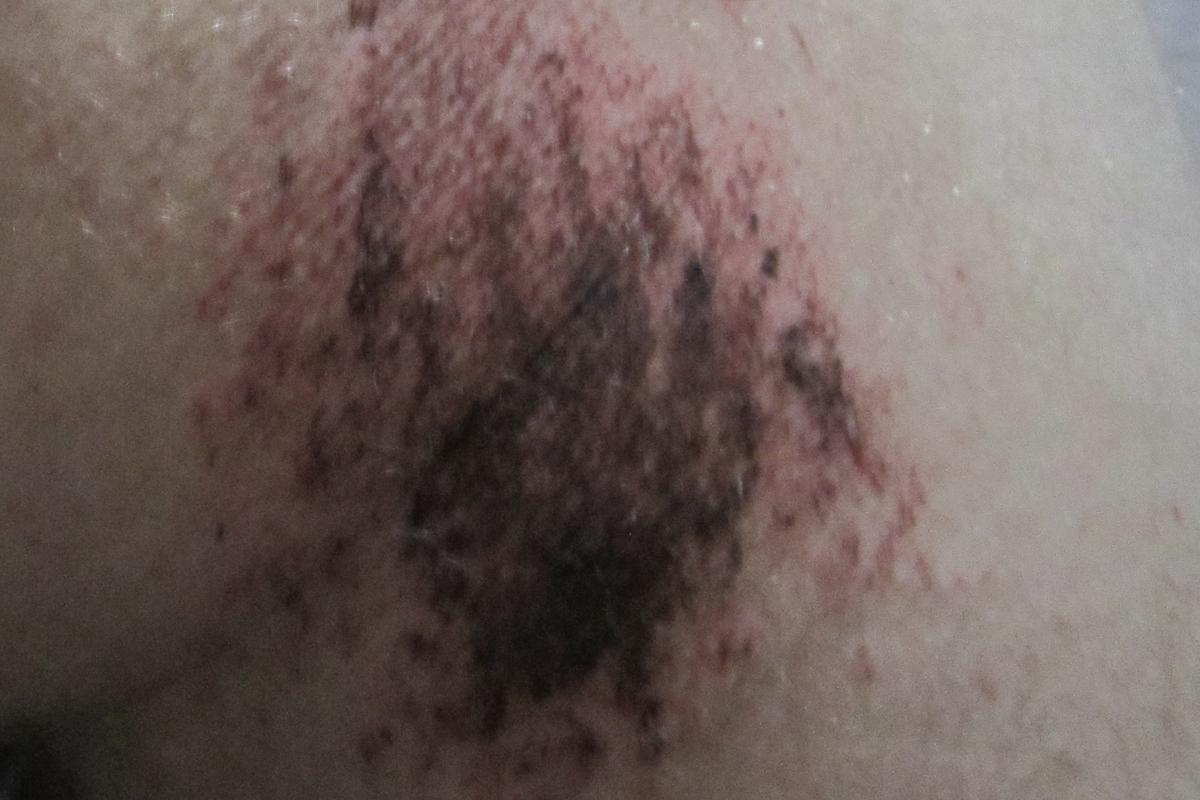 This, ladies and gentlemen, is the debut of my ass on the internet (I hope). Again, I tried to edit it down to spare you as much as possible, what you are looking at is the top of my thigh and my hip is the top right, so nothing too graphic here. To put the size into perspective, that “volcano burn” is about the size of my hand. I have big hands… Yes, I will live to see another day, but the 3 hour bus ride I’m taking later today is not going to be much fun.

So, I’ll leave you with two pieces of advice from my second time volcano boarding. First, if you ever get a chance to go volcano boarding, do it. It is amazing! Second, if you do get said chance, don’t wear gym shorts…