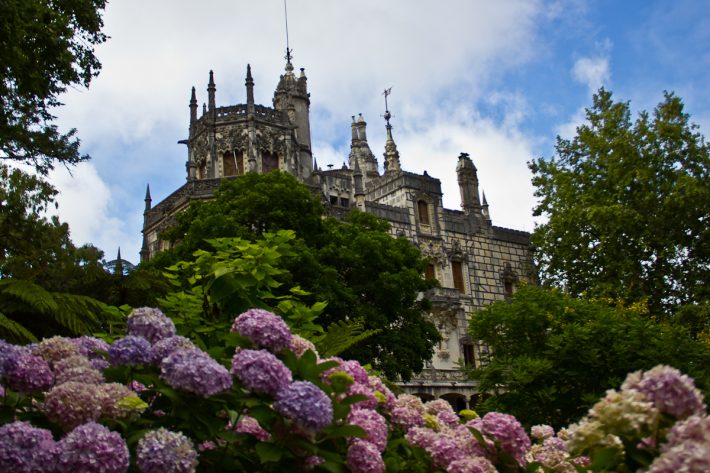 Our time in Lisbon (just over a week and a half ago) was spent making friends, exploring the surroundings of Lisbon, and hanging out on the beach. It was a nice start to the wind down of our time in Spain and Portugal and was highlighted by some sightseeing to two different UNESCO World Heritage Sites. The first of these sites were two different historical buildings, the Tower of Belem, and the Monastery of the Hieronymites. Both show exemplary architecture (especially the monastery) and mark the rich artistic and explorative history of Portugal. 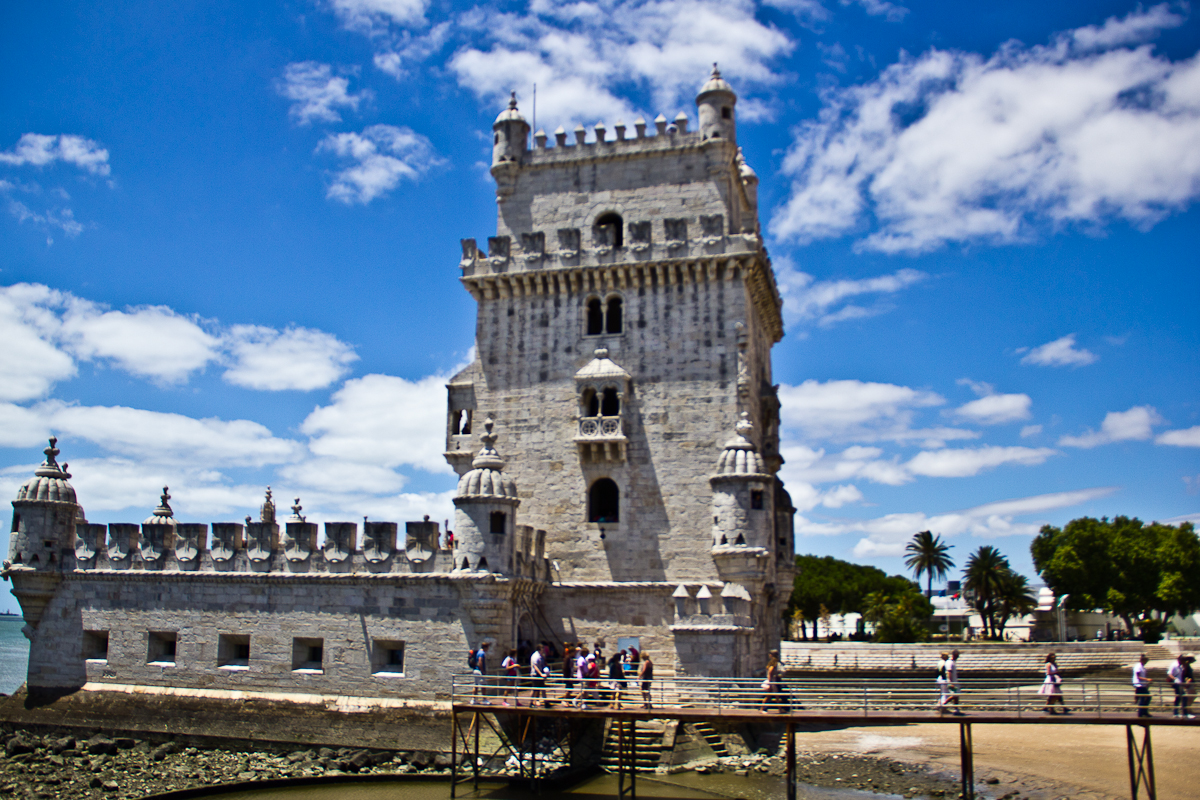 The Tower of Belem 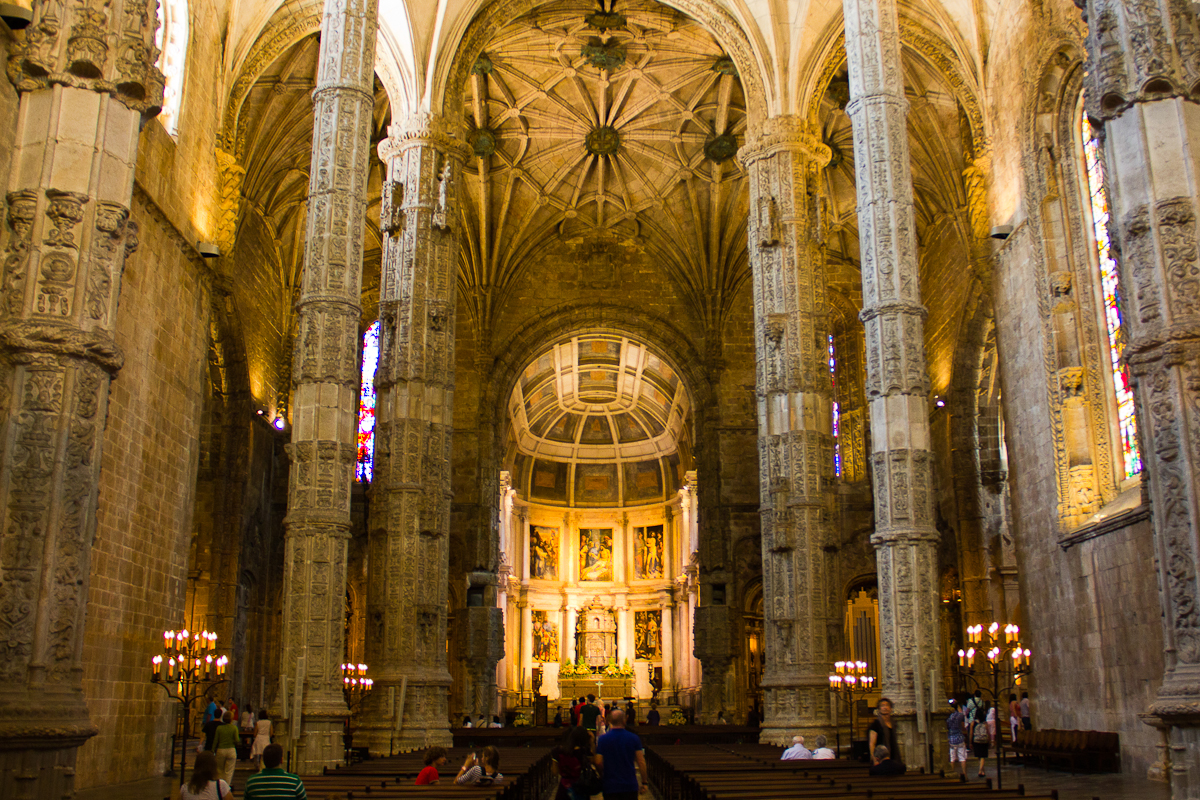 Inside the Monastery of the Hieronymites.

The second of the two UNESCO sites we visited was “The Cultural Landscape of Sintra.” Now, I know we’ve posted a lot of UNESCO posts from Spain and Portugal, but the reality is, we were not traveling to see these, they just always ended up being around. In fact, if you look at the route we took, we probably skipped past 15 or 20 that we could have easily made it to. Sintra was one of the ones I had planned to skip. I mean, look at the name of this site… “The Cultural Landscape of Sintra?” What in the world does that mean? Luckily lots of people told us we couldn’t miss it and had to go. So we did, and it ended up being a highlight of our stay in Lisbon.

Sintra really is a cultural landscape. Upon exiting the train we headed to the tourism office to grab a map. There we found out that Sintra was home to not one, not two, but THREE palaces. Oh yea, and a castle as well. Entry fee and transportation to all four of them were a bit out of the question but we found great views of all four of them and visited one of them. Below is a shot of each of the palaces and the castle, set in a truly stunning landscape.

The Regaleira Palace and Gardens was an absolutely gorgeous palace (inside and out) surrounding by an even more stunning garden. We chose to explore this palace and spent hours roaming through the endless garden and the dark tunnels that are built on the property. We didn’t even make it all the way through the property but had a great day exploring. 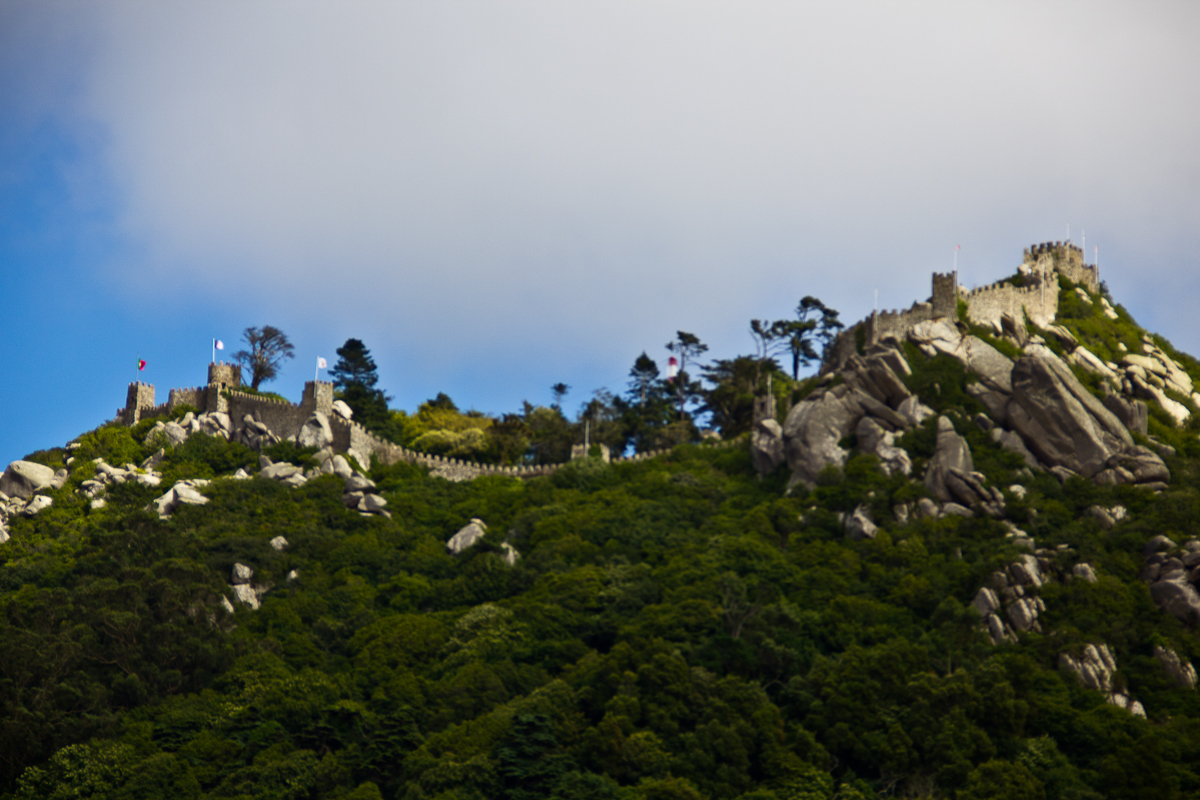 The Moorish Castle overlooked the city of Sintra and apparently provides a view all the way to the sea. By the time we left Regaleira though it was late in the day and storm clouds were coming in fast so we decided not to make the bus trip up. 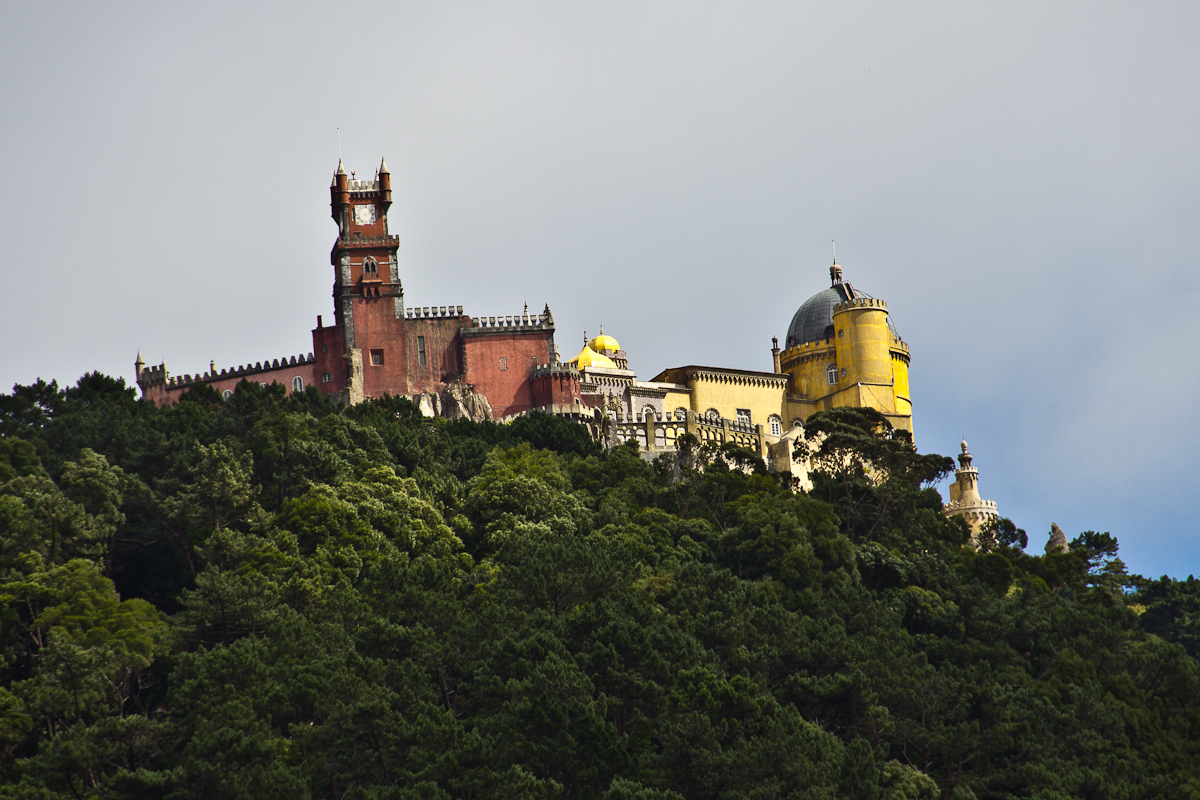 The Pena National Palace is the biggest draw in the area, but with that comes a hefty price tag. It would have cost us about $35 to $40 U.S. just to get in the place, and about $10 to $15 more to get there. We opted for a great view of the palace instead. 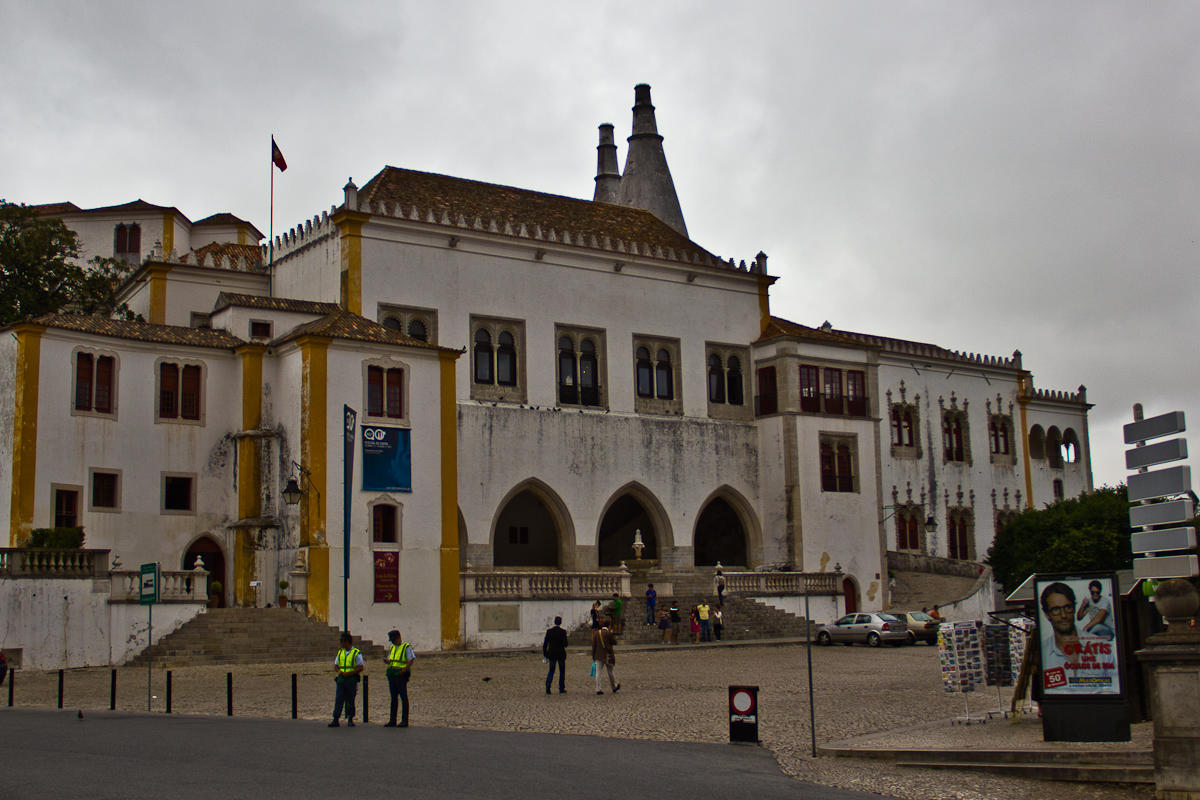 The Sintra National Palaca was the least intriguing of them all, and we actually nicknamed it the “ugly one” as it wasn’t much to look at. Presently it serves as a musuem, and with similar entry fee to the castle and Regaleira we decided to skip it on this trip.

Our time in the Regaleira Palace and Gardens provided all of these photos above except the last one, but we also got great views of the town of Sintra itself, and the countryside below.

A view of Sintra from Regaleira Palace. 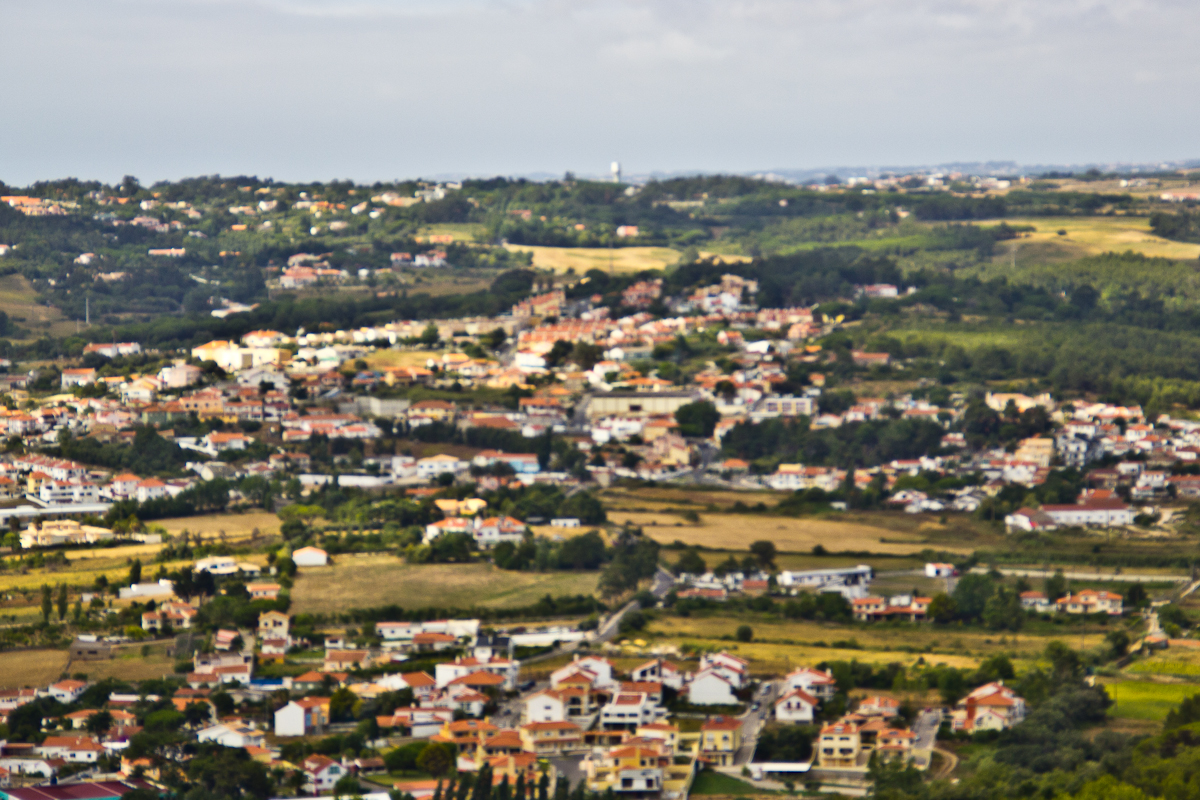 A view of the Portuguese countryside from Regaleira Palace.

The reality is that Lisbon brings a lot to the table as far as places to visit. And even though I’m only going to make this one post about it, it was easily one of the highlights of our time in Spain and Portugal. With a thriving city, lots of interesting towns to explore, and a bustling beach nearby, we highly recommend stopping if you’ve got the time.