Skip to content
Top Articles
A guide not to get lost on your first Riviera Maya visit
3 Skills That Are Essential to Business Success
Cybersecurity Risks While Traveling
EVEREST BASE CAMP TREK- ALL YOU NEED TO KNOW
Basic tips for editing your travel videos
Central America 2010Interesting Facts...List 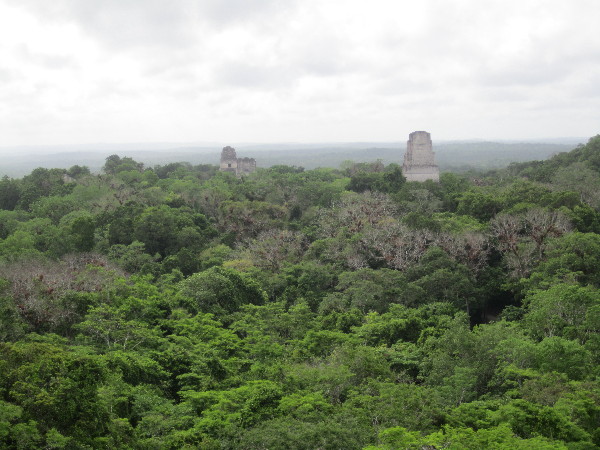 A few other travel blogs such as EverythingEverywhere.com and NomadicMatt.com have started doing posts for their different destinations where they list off random and interesting facts they have found about that city or country. I have been thoroughly enjoying these posts and have decided to follow suite with some of my own since I’m sure I’ll be visiting some places that haven’t been covered yet. I find most of these facts on the web but some of them come from talking to locals and expats living in the areas. The goal of these posts will be to put information that may be readily available across multiple sources, all into one post. I’ll start this series with posts from the three countries I visited last summer, Guatemala, Belize, and Honduras. First off, Guatemala!

1. The official name of Guatemala is the Republic of Guatemala and the name Guatemala comes from the Maya-Toltec language and means “land of the trees” (source)

2. The country is 108,889 square kilometers and is ranked as 106th (out of 251) largest country by the CIA Factbook, right between Cuba (105) and Iceland (107).
*note – This list contains many “countries” that are not recognized by the United Nations

3. Spanish is the official language of Guatemala, but there are over 20 different Mayan dialects that are spoken throughout the country, especially in rural areas. According to one of my guides in Guatemala, who worked at a Spanish school in Antigua, some of the dialects are so drastically different from each other, that people speaking in those dialects might not even be able to communicate with each other, even though they are considered to speak the same language.

4. A scene from the original Star Wars movie “A New Hope” was shot in Guatemala in the Tikal National Park, which I was lucky enough to visit while on my trip. You can check out my photo below and then a youtube link to the actual scene in the movie can be found here.

5. The Guatemalan currency is the Quetzal. The currency is named after the Resplendent Quetzal, which is a fragile and rare bird that happens to be the national bird of Guatemala. Apparently, in the time of the Mayan Empire, the birds tail feathers were actually used as currency. (source)

6. Guatemala is home to three UNESCO World Heritage Sites including the Spanish colonial city of Antigua, the mayan ruins of Tikal National Park, and the ruins of Quirigua.

7. Shortly after Guatemala gained its Independence from Spain, the United Provinces of Central America were formed. The confederation was made up of present day Guatemala, El Salvador, Nicaragua, Honduras, and Costa Rica. It existed from 1823 until 1840, when it was split up by continuous civil war between the different regions.
*note, at that time Guatemala claimed to own what is present day Belize so that land would have also fallen under this confederation. (source1, source2)

I’ll be returning to Guatemala at the beginning of next month and will most likely do another post with even more facts from Guatemala, so feel free to leave some more random facts in the comments and I’ll be sure to add them (and credit you) in the next post!