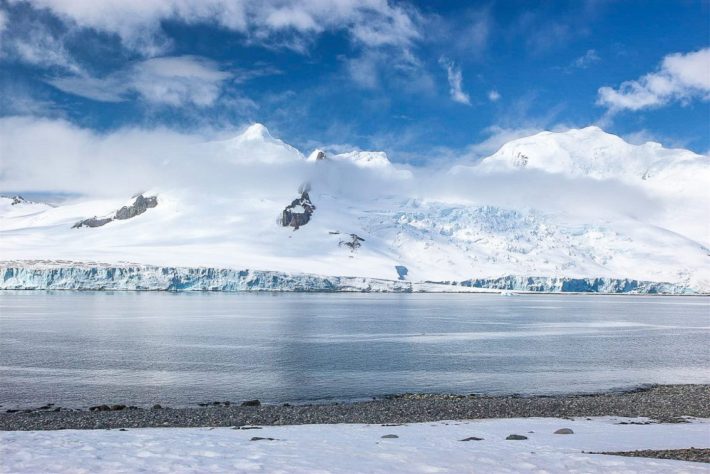 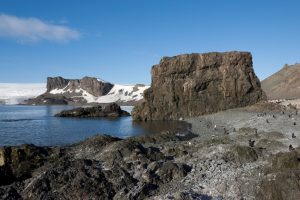 The South Shetland Islands are a group of islands that are about 120 kilometres off the northernmost tip of the Antarctic Peninsula and are a very interesting place to visit, especially on your way to the peninsula. Taking an Antarctica Cruise is the ideal way to experience these wonderful islands and will make your Antarctica Travel experience an unforgettable one. Read on to find out some of the highlights of the South Shetland Islands.

Elephant Island is famed for its history and is the place where Ernest Shackleton and his crew were stranded in 1915 when his ship was crushed by pack ice. Shackleton made a treacherous boat journey to get help in South Georgia. The island is quite large and is well known for its abundance of penguin nests (or rookeries as they are known). Elephant island is also home to moss banks that are believed to be over 5500 years old!

This island is known for being the “capital” of Antarctica, particularly because it is home to the bases of 12 different nations (these bases are used for research). King George Island is the perfect place to take in the landscape and it is ideal because it is quite flat and low and there are many bays and fjords to discover. There is also an abundance of wildlife, in particular various species of penguins (such as the Adelie penguin) and other birds. 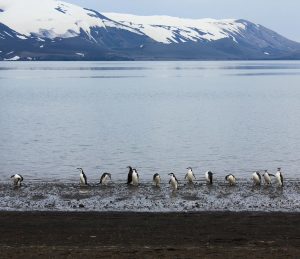 This island is named after its crescent shape that resembles the moon. The island is well known as a stop for cruise ships and is the perfect location to view the local wildlife, such as skuars, chinstrap penguins and petrels. There is also a 2 kilometre walking path on the south of the island, that allows you to really get up close an personal with the wildlife.

This is one of the most attractive of the South Shetland Islands to visit and is actually a collapsed volcanic cone and the volcano lying underneath it is still active today. The original use of the island was as a base for sealers and then at a later time whalers and there were as many as 13 whaling factories in the early 20th century. These old buildings have since been abandoned and some still exist today. On Deception Island it is also possible to swim, as the waters in particular places are heated by the volcanic activity under the island and are much warmer than in other parts of Antarctica, where swimming is definitely not recommended. The volcano underneath the island is still active, but it last erupted in 1991.

This island is protected as a Site of Special Scientific Interest under the Antarctic Treaty, because of the numerous 19th century historical sites that exist on it. This place is also an amazing location to see the native wildlife at a relatively close distance. It is possible to see southern fur and elephant seals, as well as chinstrap and gentroo penguins.