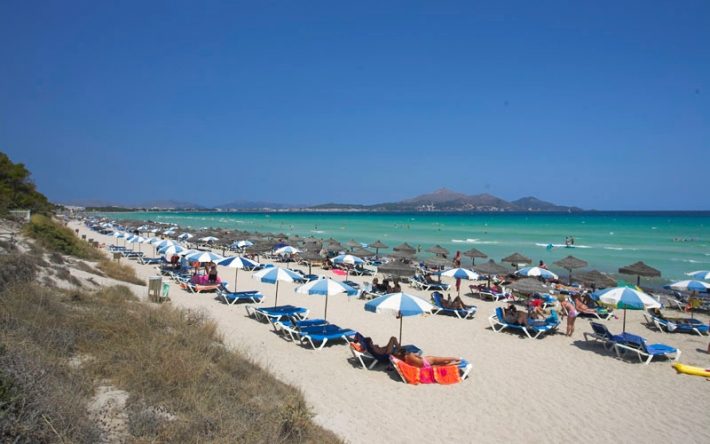 Marineland
Famed as Spainâ€™s first and reputably, best-loved dolphinarium. Here the whole family can enjoy the spectacular dolphin shows as well as sea lions, exotic birds, sharks and penguins. In addition to these world-class attractions there is also a childrenâ€™s water park, a pirate galleon and a pool with slides for the little ones to cool off in.

Hit the Beach!
Of the islandâ€™s 80 odd beaches 23 have been awarded a blue flag making this one of the best places to enjoy the azure waters of the Mediterranean. Enjoy the white sands, beautiful coves, great facilities and the excellent all-year weather on this gem of an island.

Las Reserva Nature Park
A family oriented 3.5km long adventure park with incredible scenery, wildlife such as donkeys, emus, deer and even brown bears set in a landscape of breath taking waterfalls, exciting caves and exotic plants. For lunch there is a BBQ served with cool refreshments.

Pirates Adventure Show
Over three million people have enjoyed this spectacular swash-buckling adventure show over the phenomenal 26 years it has been running. Sir Henry Morgan and his buccaneers perform eye-boggling acrobatic stunts and dance performances in their quest for hidden treasure.

Fore!
Top-quality golf, mini golf and adventure golf facilities are to be found in Mallorca with many visitors coming to the island just to practice their putting in the serene surroundings of this beautiful and accessible place.

Visit a Cave
There are many incredible caves to visit on the island â€“ the most famous is the dramatic limestone caves of Drach â€“ or Dragonâ€™s caves in English. The 12 chambers contain Lago de Martel â€“ one of the worldâ€™s largest known underwater lakes.

Palma Aquarium
The deepest aquarium in the Europe boasts over 8,000 marine specimens made up of 700 different species from the largest oceans and most exotic seas in the world. The â€œBig Blueâ€ shark tank has 1,000 live aquatic creatures and ten sharks living inside the 8.5 metre deep tank.

Take a Tour
Hop onto a Palma sightseeing bus to catch some of the most important attractions on the island. There are on-board commentaries in all major languages and visitors are free to jump on and off whenever and as many times as they like.

Fun and Games
Most famous is the House of Kathmandu, the oddball Valley of the Dinosaurs but donâ€™t overlook the literally hundreds of smaller funfairs, carnivals and playgrounds in the towns and smaller villages scattered across this fun-loving island. There are also dozens of local cultural and musical festivals as well as religious celebrations across the calendar year.

Check out mydestination.com/mallorca for more!