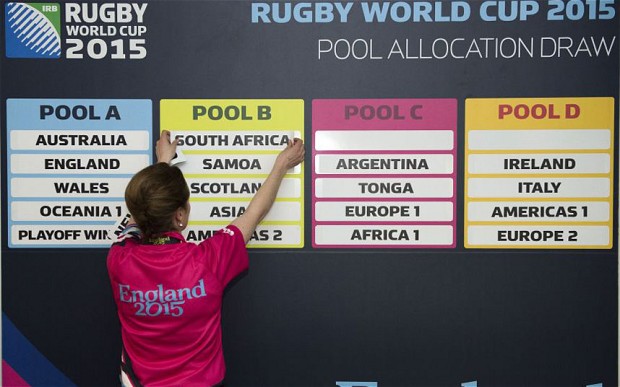 Being one of the UK’s most exciting cities, Newcastle is no stranger to major events. And when it comes to the world of sport, it doesn’t get much bigger than the Rugby World Cup, which Newcastle is set to host next year.

That’s right, rugby fans only have one year to go – well, more like a year and a half, if we’re splitting hairs – to see some of the most nail-biting rugby action for the last few years. And with match dates having been released last year, there’s no reason not to be planning your pilgrimage to St James’ Park and rugby heaven.

St James’ Park will host three World Cup 2015 matches in total, all of which will take place in October. The first date you need to stick in your diary is October 3rd, when double World Cup winners South Africa will battle it out with former Cup semifinalists Scotland.

The next clash will come on October 9th, when the notorious New Zealand All Blacks will play Tonga. Fellow South Sea Islanders Samoa will then go up against Scotland in Newcastle’s final match on October 10th – a thrilling line-up all round, we’re sure you’ll agree.

The tournament as a whole will kick off at Twickenham on September 18th 2015, so you can look forward to a few weeks of seriously good sport before the matches in Newcastle. Other host cities include Manchester, Cardiff, Leeds, Birmingham and Brighton, so this is one World Cup that will well and truly be doing the rounds of the UK. And that’s great news for rugby fans, because it’ll really put the sport in the national spotlight.

A spotlight on Newcastle

Turning back to its stint in Newcastle, though, the World Cup is also expected to do a lot for the host cities. For instance, back when the details of the tournament were announced, leader of Newcastle City Council Nick Forbes not only commented on the excitement of hosting the rugby, but also the opportunities it’ll open up for Newcastle.

“It is also a chance to demonstrate to a worldwide audience all that is best about our city: our love of sport, our beautiful historic buildings, streets and attractions and the warmth and generosity of our welcome,” he explained.

And just as Mr Forbes thinks it’s good for the city, we think it’s a great excuse for us rugby fans to indulge in a little sports tourism and discover a bit more of the UK. So, it’s worth giving some thought to more than match dates when you book your trip.

For instance, you canÂ find out about Newcastle’s hotels hereÂ (as a quick tip, the Copthorne Hotel is pretty close to the stadium, while if you fancy something affordable in the city centre, Euro Hostel is a safe bet, and is actually just as suitable for couples and families as it is for single travellers).

And if this’ll be your first time in Newcastle, you’ll find there are loads of great attractions (including some seriously good real ale pubs like the Duke of Wellington and the Tyne Bar) to check out in between matches. Must-sees for newcomers include the Castle Keep, which is pretty hard to miss since it’s in the centre of the city, Grainger Town and the Angel of the North.