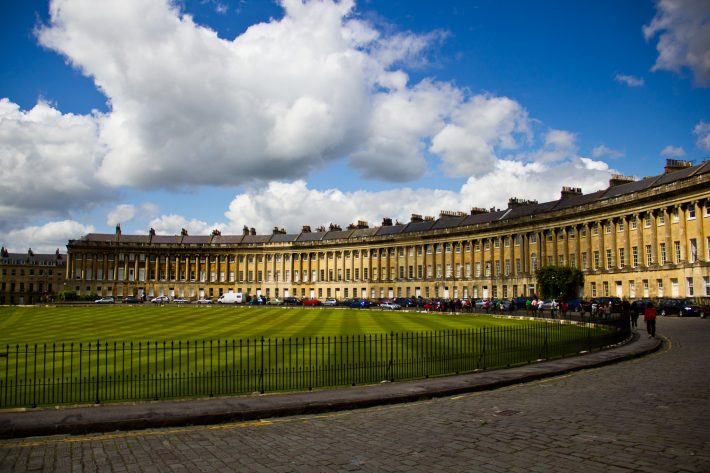 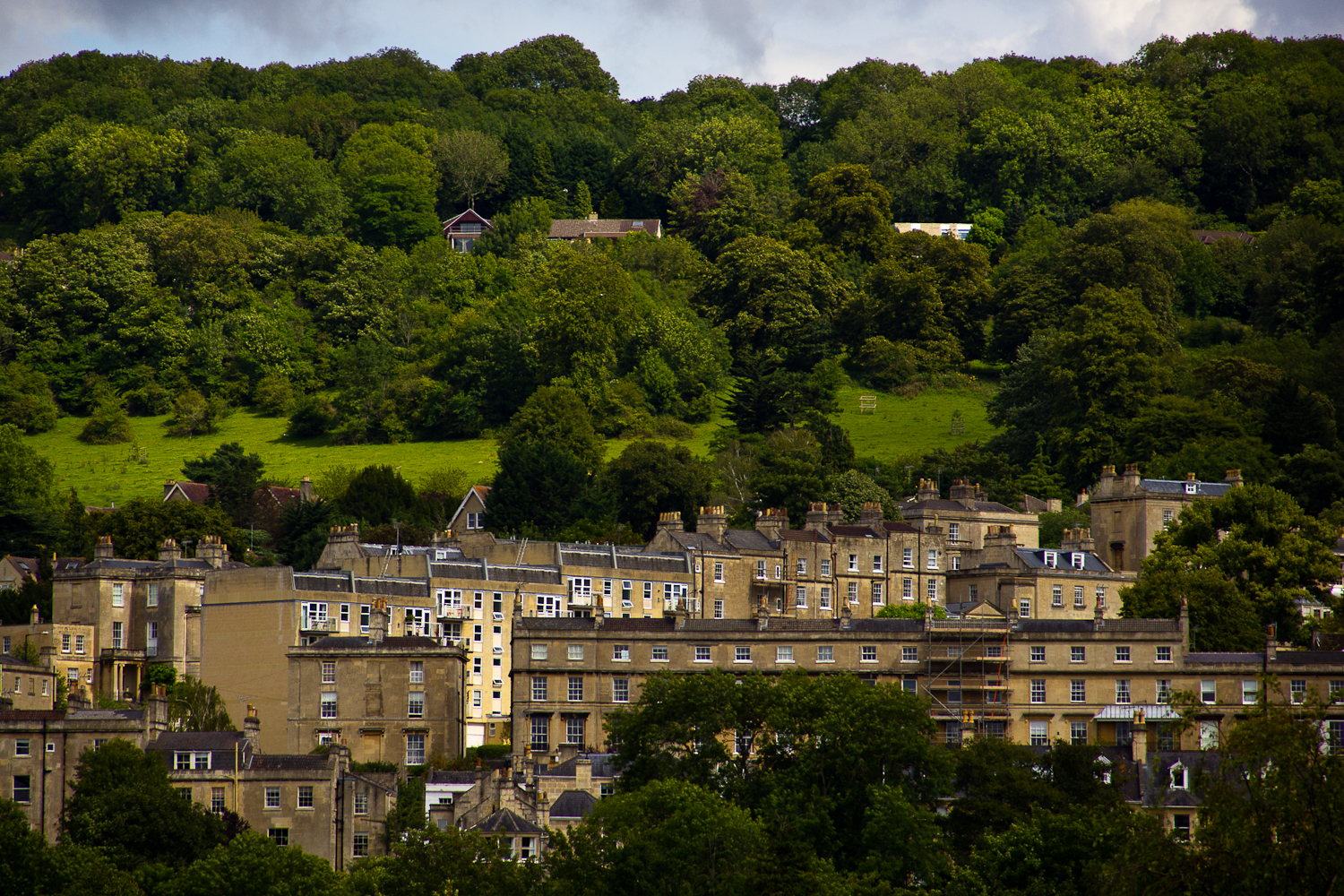 While spending a weekend in the English countryside, Danielle, myself, and a friend of ours took the opportunity to visit the Roman City of Bath, which is a UNESCO World Heritage Site and a tourist hotspot for people from around the world. The city of Bath was literally created as a thermal spa during the Roman rule. After the fall of the Roman empire the city developed into an economic center for the wool industry. In the 18th century a few nobles in the area decided they wanted to make Bath one of the most beautiful cities in the world, and they set out creating fantastic architecture and renovating and refurbishing the already existing Roman buildings and baths. The result was an astounding display of Roman, Gregorian, and medieval influences throughout the city, creating a beautifully displayed lesson in the history of the region. During our visit we walked throughout most of the city center and were able to take quite a bit of this in. Here are a few shots from the City of Bath! 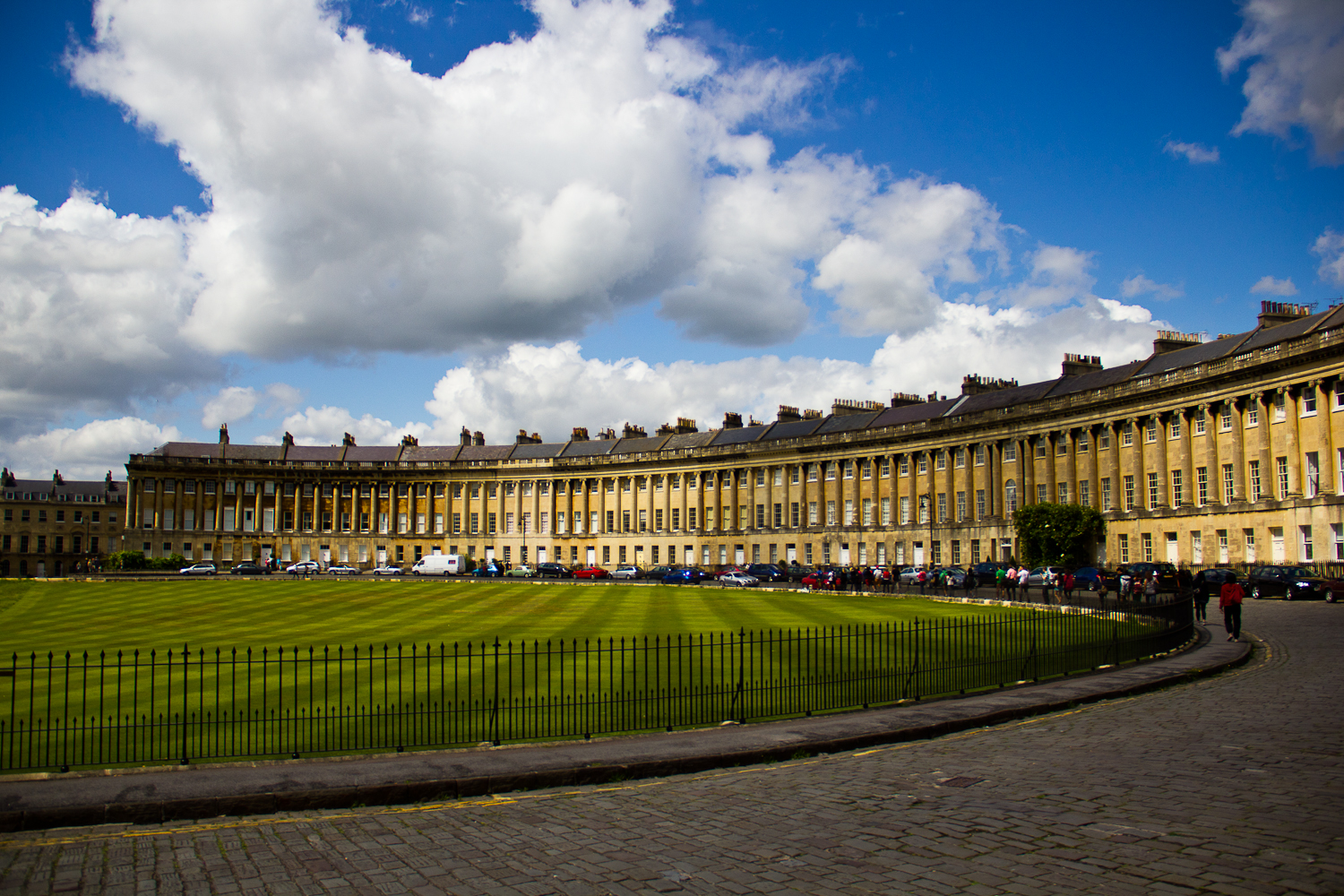 The Royal Crescent is a highlight of the city, and was my favorite piece of architecture there. Unfortunately some slight wind and a lack of a tripod made it impossible to do a panoramic shot, but this side angle gives a slightly perspective of the size and grandness of the crescent. 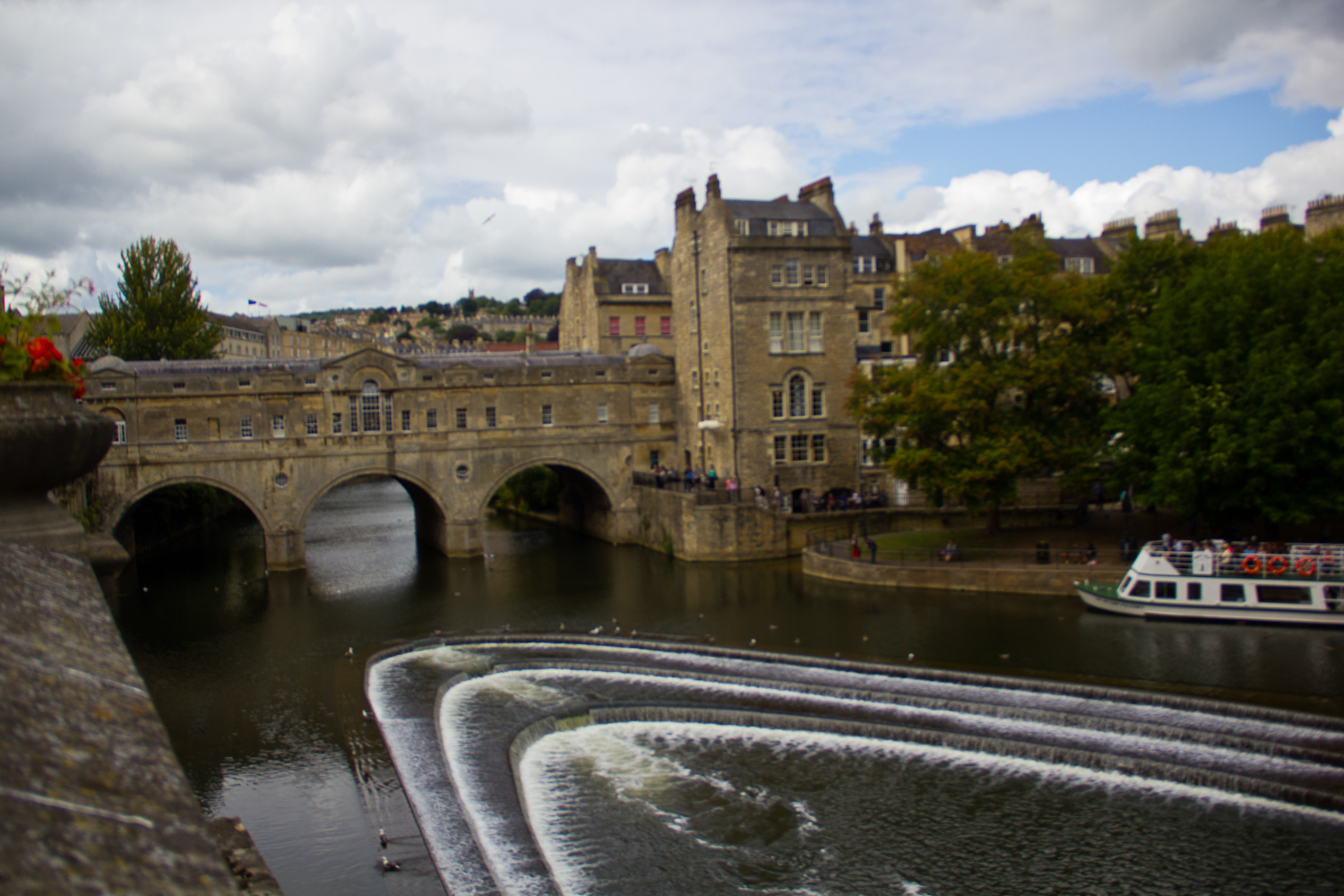 The city is full of waterways, fountains, gardens, and parks providing plenty of picturesque views. 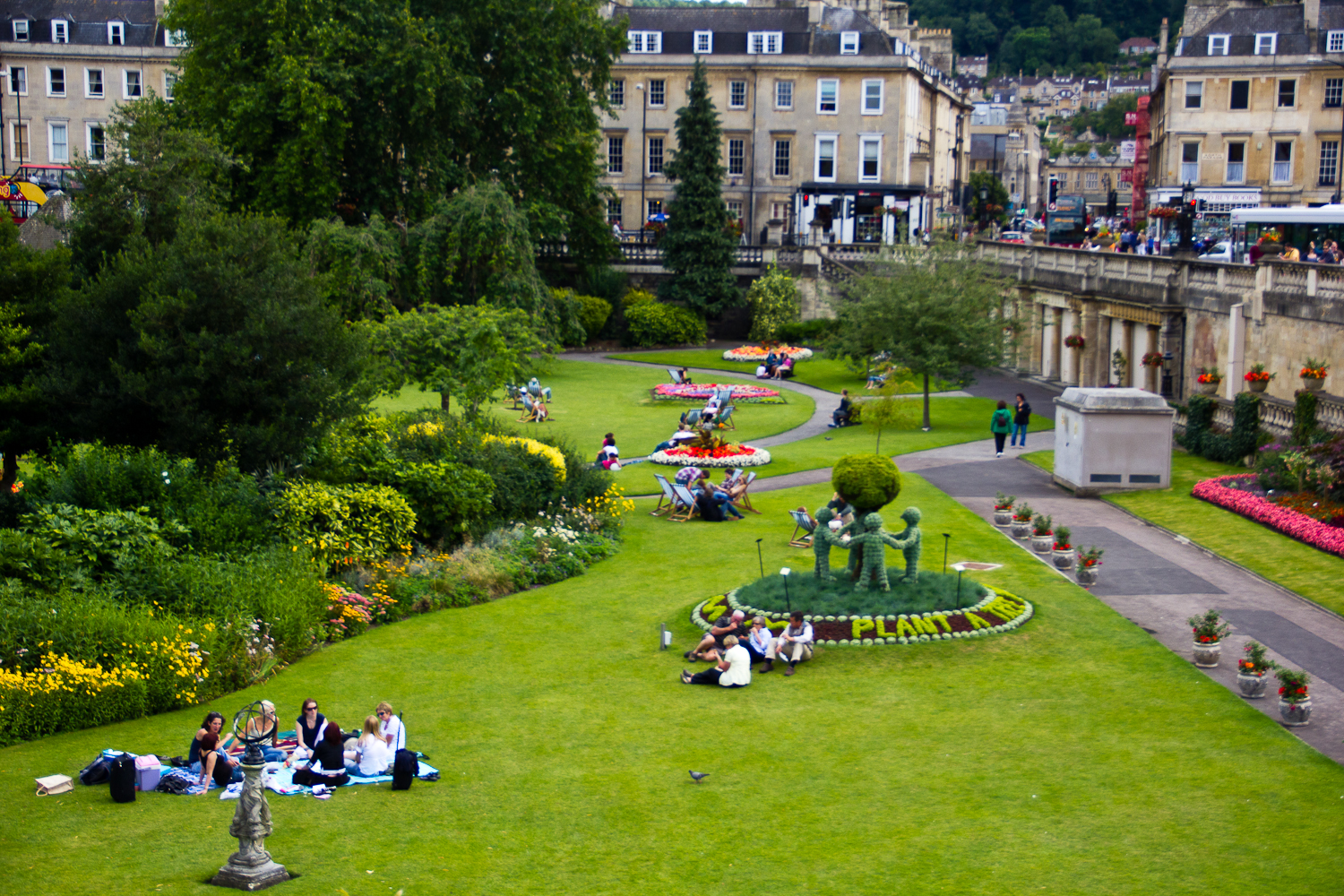 One of the more beautiful gardens in Bath. 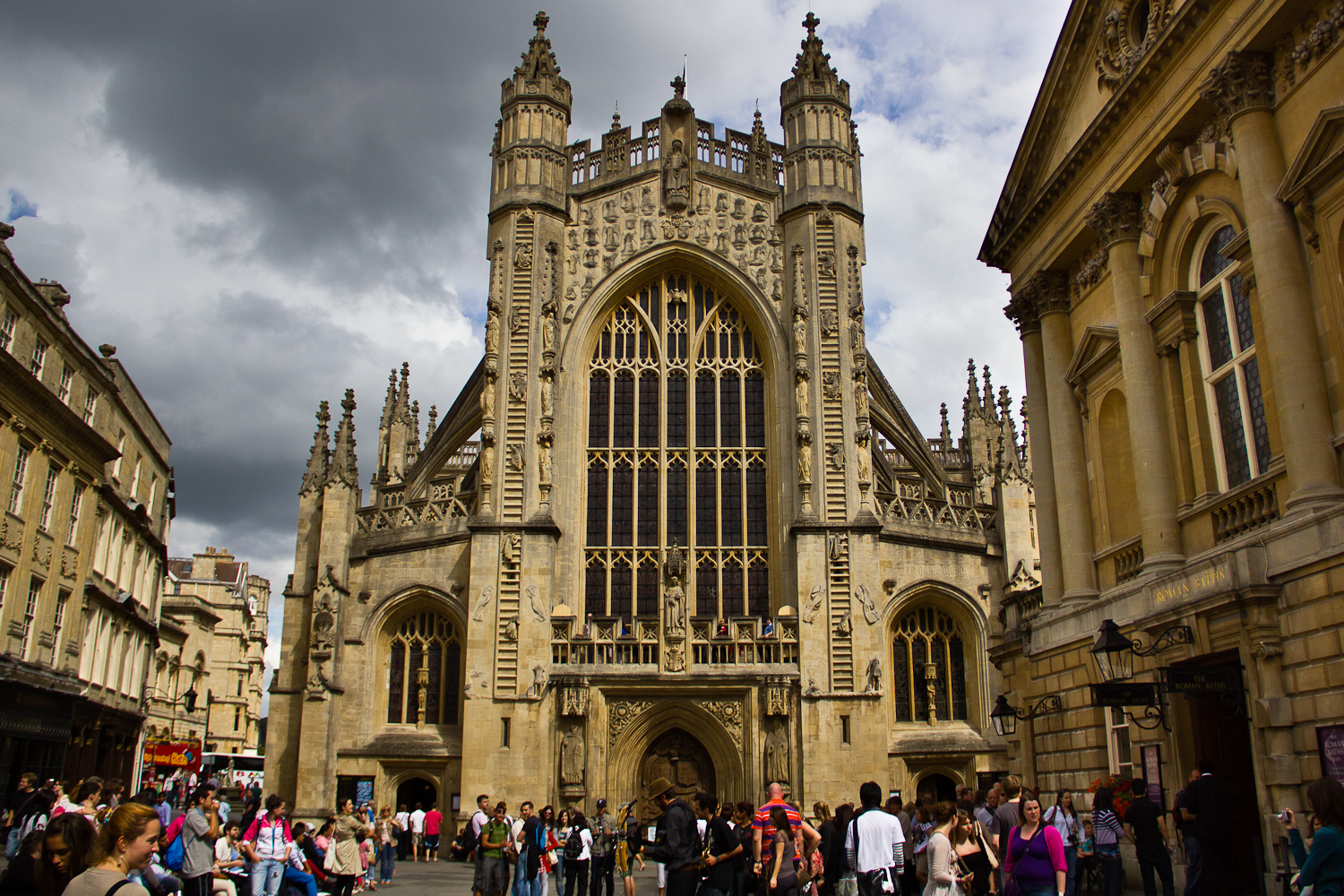 The Bath Abbey stands tall in the center of the city right next to the baths themselves. In fact, on the right hand side of this photo you can see a dark sign. This is actually the entrance to the Roman baths, and although you can’t quite make it out here, there is quite a large line built up to enter the baths. 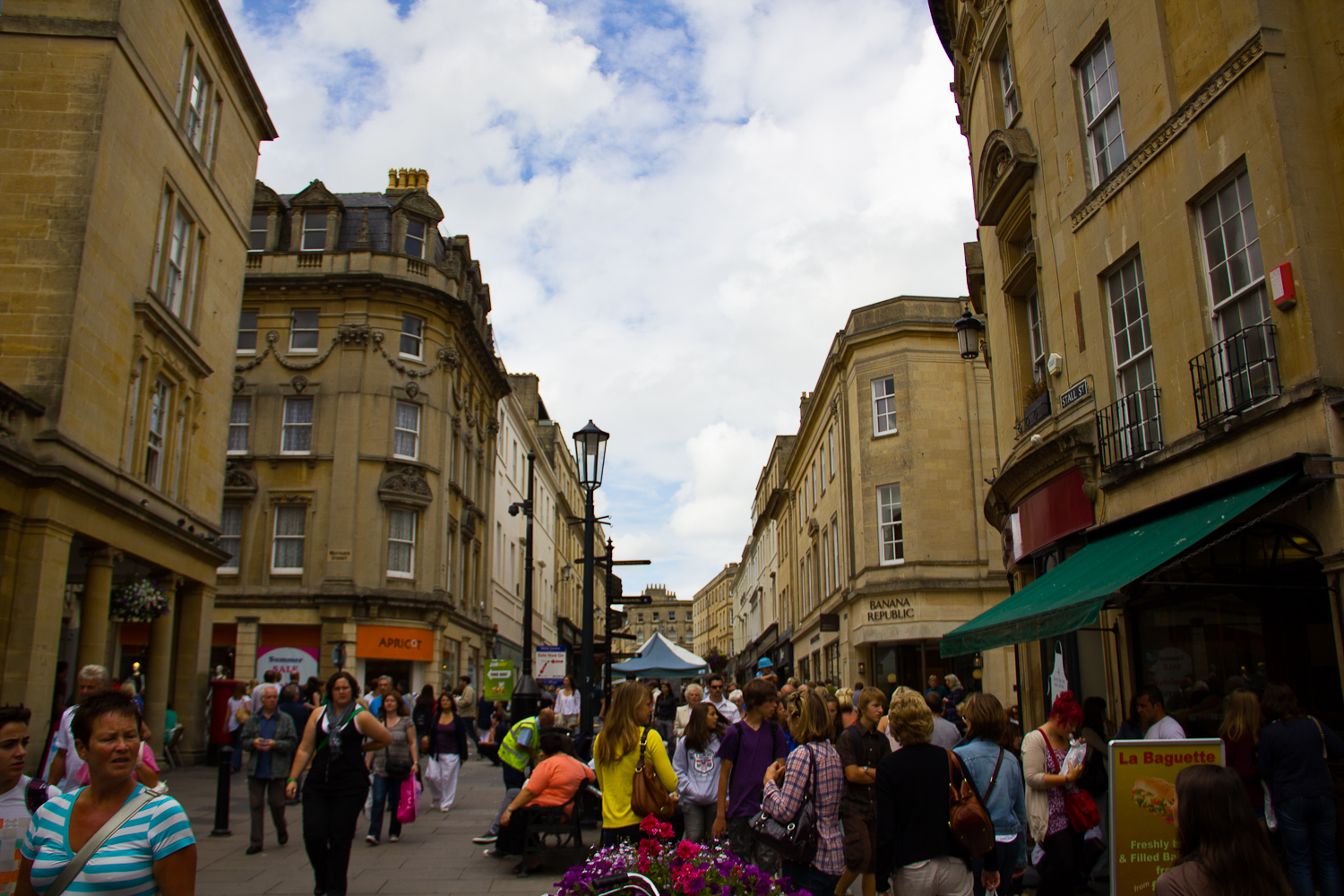 This right here is probably the only negative of Bath. The crowds… Granted we went on a Saturday during the busiest month of the year, the reality is, Bath is a tourist attraction, and if you want to experience its beauty, you will have to take the crowds with the beauty as well.

You can easily visit Bath from the city of London, so next time you take one of the many london flights available, make plans to visit the beautiful countryside and city of Bath.