Ever since I listened to those excitable classroom discussions about where in the world to celebrate our impending GCSE results/A Level results/end of education, the famous name of Ibiza has been in my head.

It always used to instil a sense of fear in me, mainly because the debauchery and alcoholism that apparently came as part of the whole shiny Ibiza package seemed simply too overwhelming an experience to fathom. 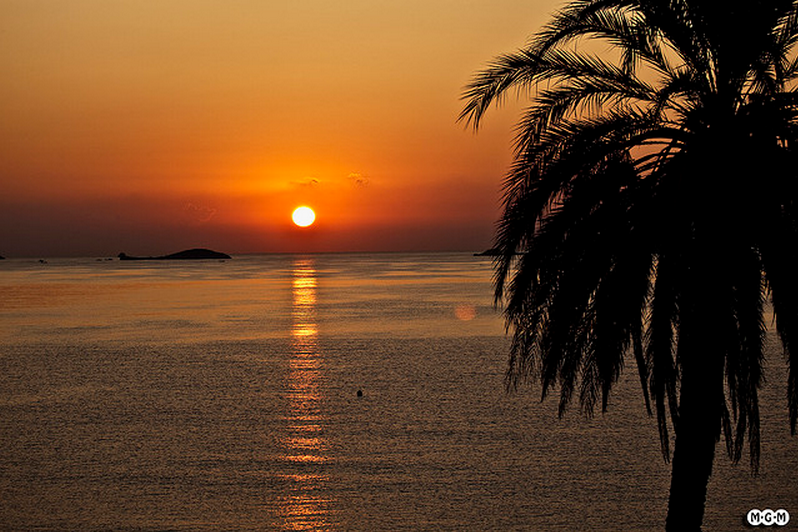 A lingering intrigue for Ibiza

Iâ€™m not a die-hard partygoer, I didnâ€™t end up in Ibiza when I finished school, and swapped picking up a hire car at Ibiza airport for boarding copious European trains with an InterRail ticket instead. But the name of that Balearic island always lingered, my pre-conceived impression of it lying somewhere between condescension and intrigue, and as I travelled more widely and to stranger places, I often wondered what it would be like to visit Ibiza.

What if the frenzied disco-dancing nightlife was actually just a front, and the island itself was somewhere really worth seeing?

Then I met a guy in a pub, who told me that he and his partner owned a little house in the north of the island; every summer theyâ€™d rent a car, drive to their property and spend their weeks wandering the island; sunbathing, walking and completely recharging their batteries.

It sounded idyllic, and nothing like the foam covered, alcohol guzzling, â€˜sleep all day and party all nightâ€™ mentality that Iâ€™d previously thought Ibiza advertised.

So I decided to find out what the party island had to offer â€“ apart from its parties.

Getting out of the tourist trap

For the last decade, Spain has been actively spreading the word that Ibiza is not just a party island. Clearly its reputation as the clubbing capital of Europe has brought in a great deal of tourism, but unfortunately itâ€™s simply not the best kind of fame.

More than 600,000 British tourists descend on the island each year, and the majority of these are only concerned with getting drunk. Their chosen clubs and hotels are clustered together in Sant Antoni de Portmany, meaning their holidays will be spent firmly ensconced in yet another tourist trap.

And though thatâ€™s enjoyable for some people, it seems such a shame to let a brief opportunity for some island exploration pass you by â€“ especially when itâ€™s right on the budget hotelâ€™s doorstep!

So how can the boozy Brits be convinced to change their itineraries slightly to allow for some good old-fashioned Ibiza sightseeing in amongst the shot-chasing drinkathons? 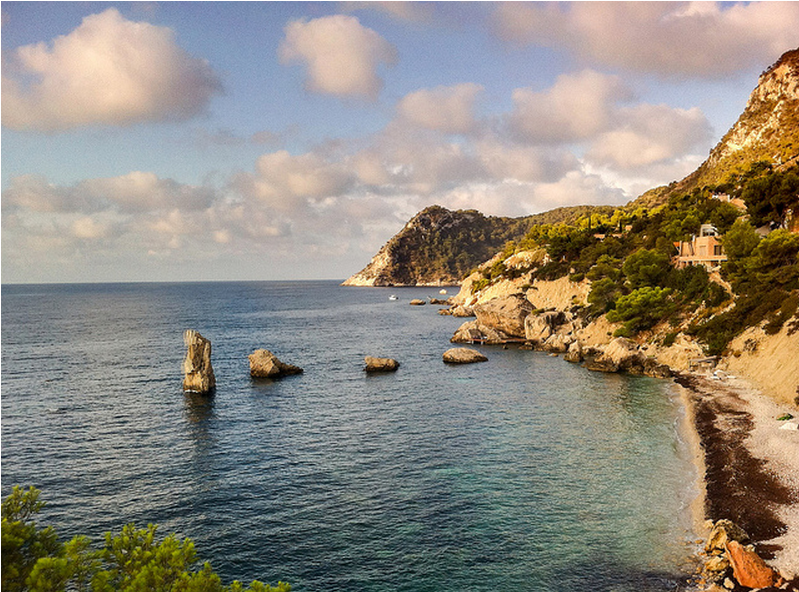 Exploring an island of churches, cliffs and quiet beaches

Renting a car is one of the best ways to see more of Ibiza, and as its only 45km long and 25km wide, itâ€™s easy to see the whole island in just a few days. Thereâ€™s a wealth of beauty to be found; from tiny villages with beautiful churches and quiet stretches of sandy beaches, to rolling countryside covered in orange trees and hidden caves underneath dramatic cliffs. Although itâ€™s probably not recommended to be drunk or, indeed, hungover, when exploring said cliffs and caves.

For those keen on a bit of history, the Upper Town of Ibiza is the oldest preserved area of the island, with 16th century fortifications still intact, and the cityâ€™s port has recently been deemed a UNESCO World Heritage Site.

Outside of the clubber-orientated hotels, there are also a number of guesthouses and hostels, plus lots of campsites dotted around the island, many of which are situated pleasantly close to the beach. Get up as far north as Pou d’es Lleo and youâ€™ll find virtually nobody on the same stretch of sand â€“ unless itâ€™s peak time in the summer season, in which case the beaches could be much busier.

But the more north you go, the better the likelihood that youâ€™ll be sharing the sand with a more likeminded backpacker; one who likes a drink now and again but is ultimately pretty keen to get a real grasp of the amazing landscapes and cultural traditions the island ultimately has to offer in spades – and in buckets, and sandcastles too.

Flora is a writer and travel blogger, who chronicles her travelling adventures atÂ Flora The Explorer. For more immediate updates you can find her onÂ Twitter, where she spends a large portion of her time discussing travel.