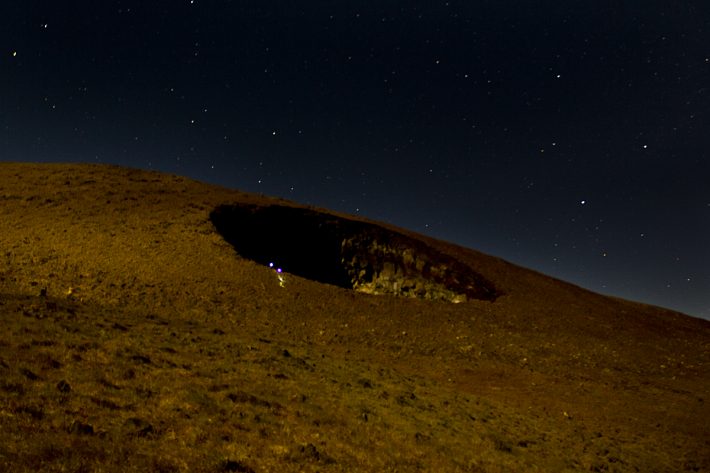 At 9pm my two friends and I arrived at the office of the Volcano Trekking Company. We had signed up for a Full Moon Volcano Hike that would take us up portions of three different volcanoes, and would allow us to watch the sunrise over a fourth volcano. As usual, I hadn’t really done too much research beyond the casual “So is this hike pretty cool? Can I get some cool photos? Yeah? Ok, I’m in.” As the group of 14 slowly arrived one by one for our pre-trip dinner, we began to get a few more details about exactly what we were in for.

We left the city of Leon at 10pm and headed towards Cerro Negro, the youngest volcano in Central America. Cerro Negro is a popular destination for a new extreme sport known as volcano boarding. You can check out the google results for volcano boarding to see exactly what it is and you’ll see a lot of people sledding down the side of Cerro Negro at up to 80km per hour. The main difference between the photos and videos you will see on google and what I did? We were doing this in the middle of the night by the light of a full moon.

Sledding down the side of an active volcano in the middle of the night sounded a bit intense to me, but I assumed since it was part of a tour from a reputable company it must be something that is done all the time, right? Wrong… just before we started to head up the volcano we found out we were the first ever tour from this company to do night volcano boarding. “Well, other companies have done it before though right?” “Yeah” replied our guide, “I think so.” Luckily I didn’t haul my camera up with me as it would have been completely useless with the intense wind and dark conditions, but I’m going back this coming weekend during the day and I’ll try to get some shots then.

After becoming the first group to do night volcano boarding, we trekked to the bottom of our next volcano and stopped to rest and eat a bit. We were supposed to head up our second volcano at about 1:30am, which would have left us plenty of time to grab a little shut eye at the top before sunrise, but our group was a bit slow and we didn’t start the trek up until 2:30am.

At this point, I was seriously thinking to myself, “What the hell am I doing hiking a volcano at 2:30 in the morning and why did I think this was a good idea?” A few hours later I realized why, as we reached the summit at about 5am and caught our first view of sunlight beginning to peek over the horizon and the famous sinkhole, El Hoyo. 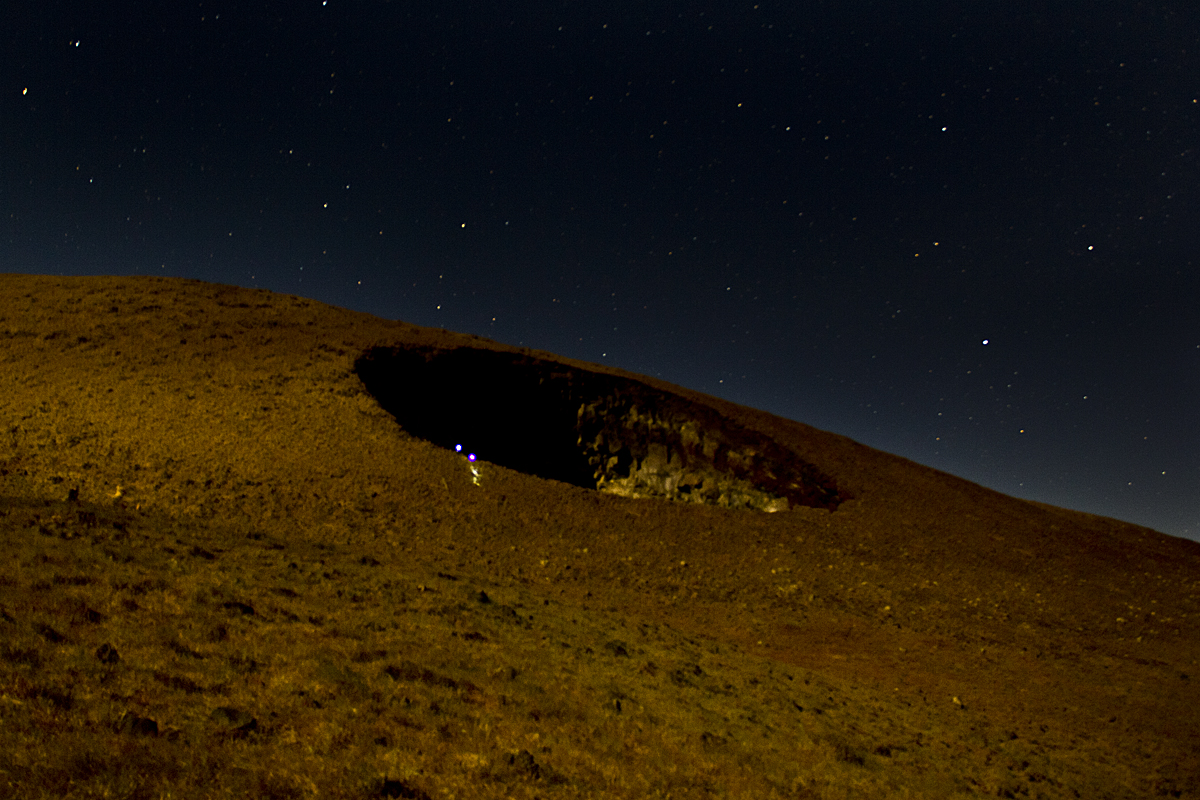 This shot above was taken just after 5am with little light except for the moon. The small lights you see on the lower edge of the sinkhole are actually the flashlights of other people from my group, which really gives you an idea of how huge this hole is. We were facing wind gusts of 30 to 40 mph at the top, so getting this photo required about 15 takes because I had to expose the shot for so long and the wind kept moving the tripod. It was quite a battle, but well worth it to have such a cool photo to remember the sight by. Looks a little moon-like doesn’t it?

After exploring the crater of El Hoyo we settled in to watch the sunrise over the nearby volcano Momotombo and Lake Managua. We had taken too long to get up and wouldn’t have time to sleep, but no one really cared at this point. We just all sat silently watching what had to be one of the most beautiful sunrises most of us had had ever seen. 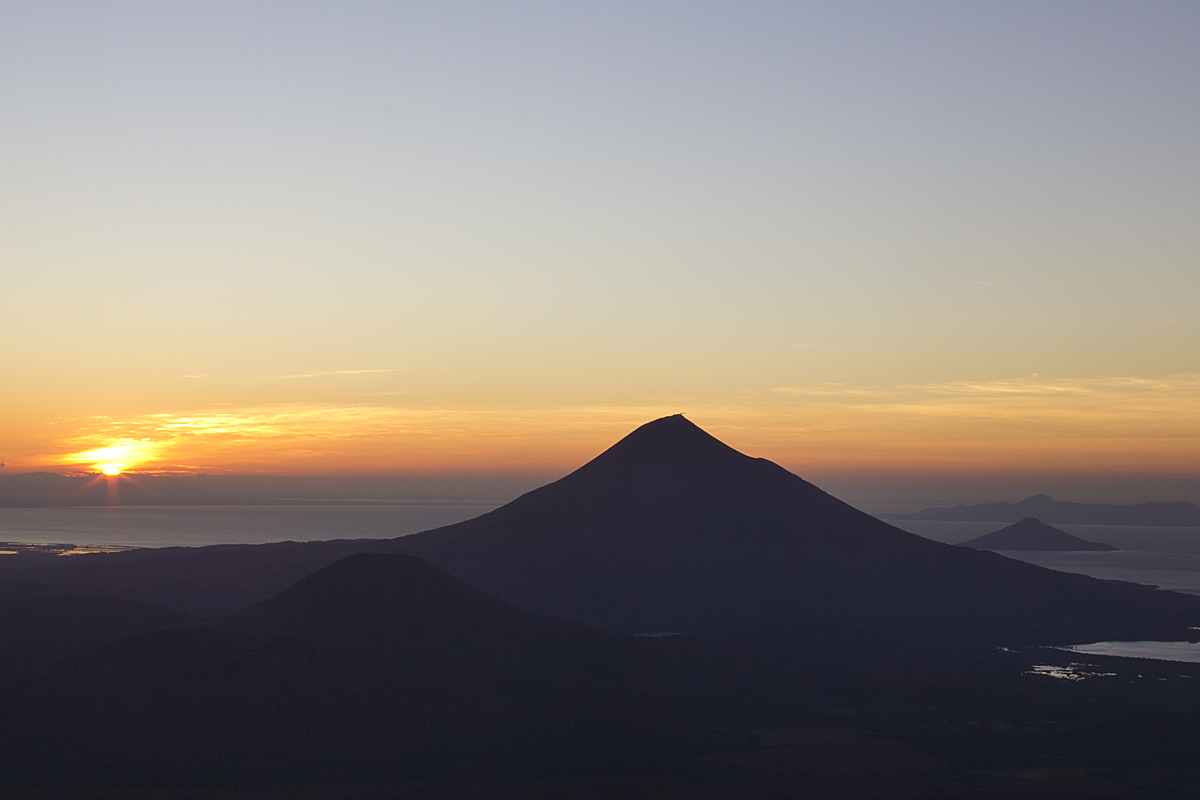 After sunrise we headed down the volcano to get out of the wind so that we could eat a bit easier. Here our guides pointed out our next destination, Lake Asososca. 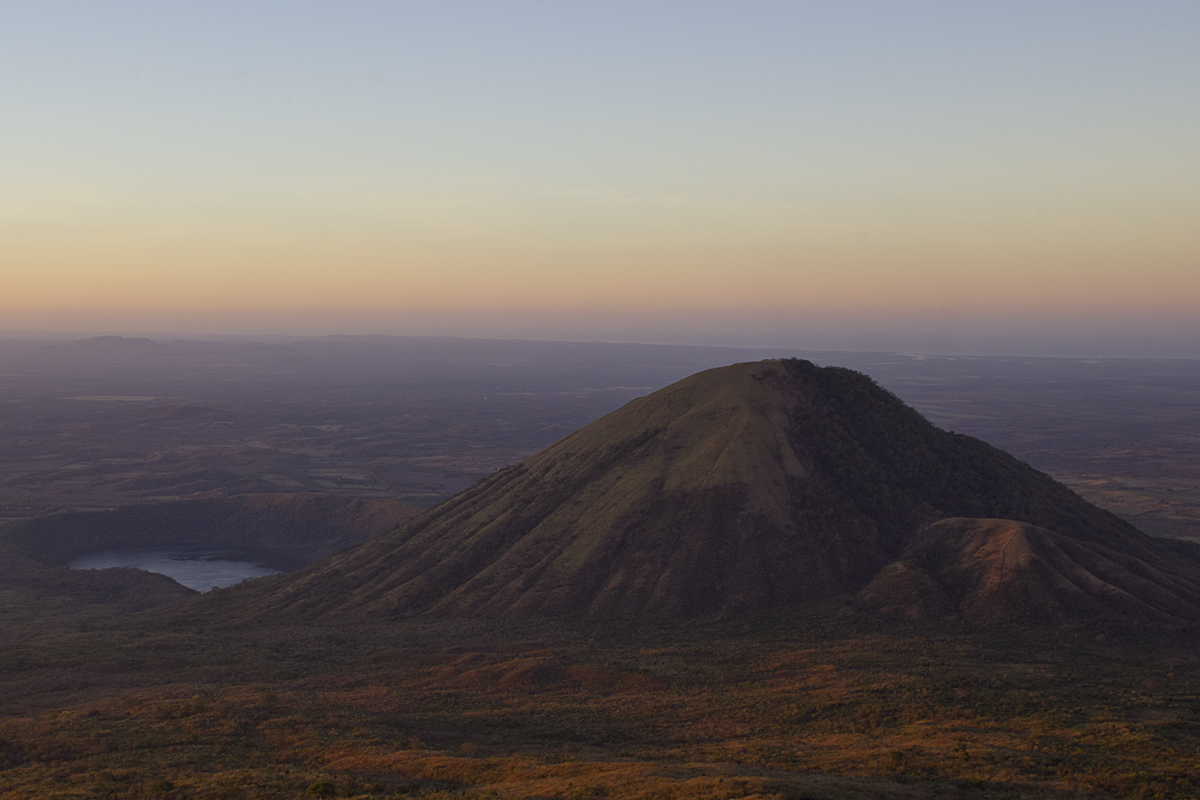 This was our view from our breakfast stop across the valley to Lake Asososca. The lake seemed so close, so we were all a bit surprised when our guide said it would take nearly 3 1/2 hours until we reached the area where we would be swimming. By this time though, tiredness was starting to take a toll on the group, and multiple members began dragging the pace quite a bit. Our 3 1/2 hours to the lake turned in to closer to 4 Â½ and we had all had enough walking. 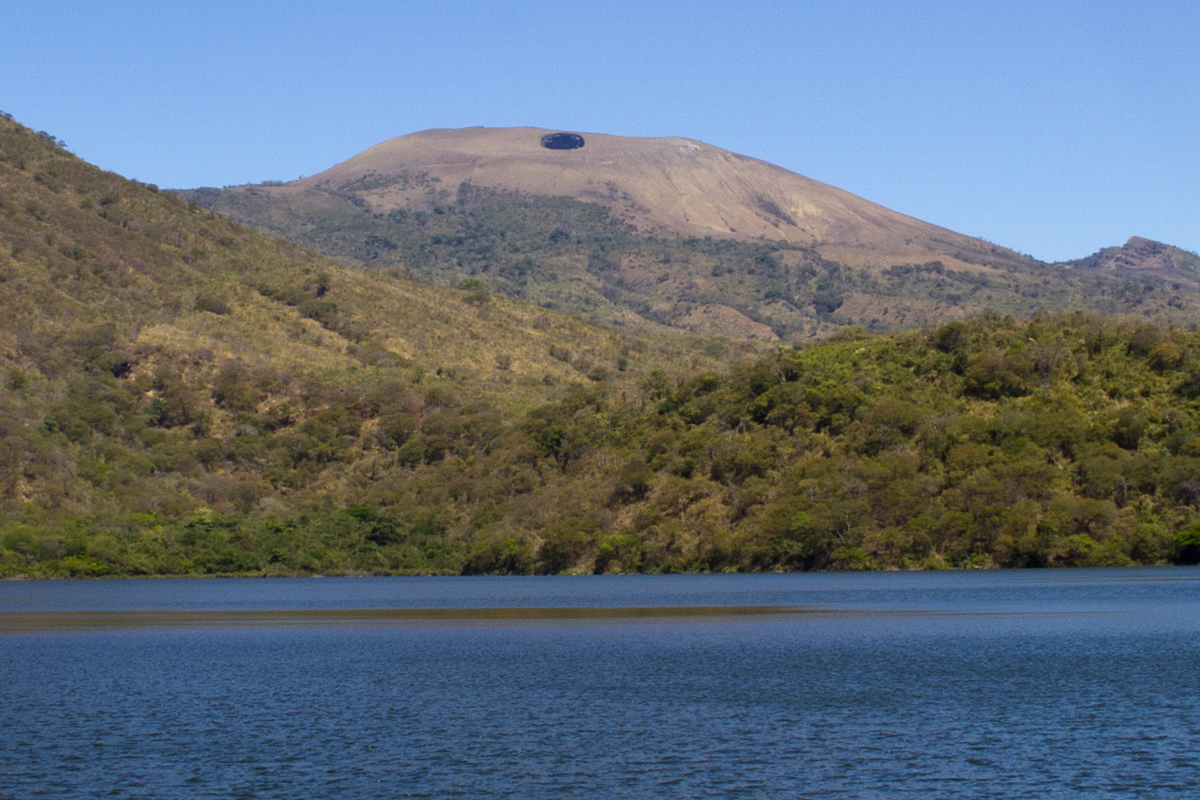 Finally, we reached Lake Asososca and it took most of us about 10 seconds to get from the shore into the water. The view as we swam gave us a look at almost everywhere we had been over the past few hours, including a great view of El Hoyo, which you can see in the photo above as the large circle on the far volcano.

We made our way back to our private transport (aka 14 people in a modified pick up truck), bought some celebratory beers, and began the hour ride home. We were exhausted and sunburned, but we had conquered the Full Moon Volcano Hike.