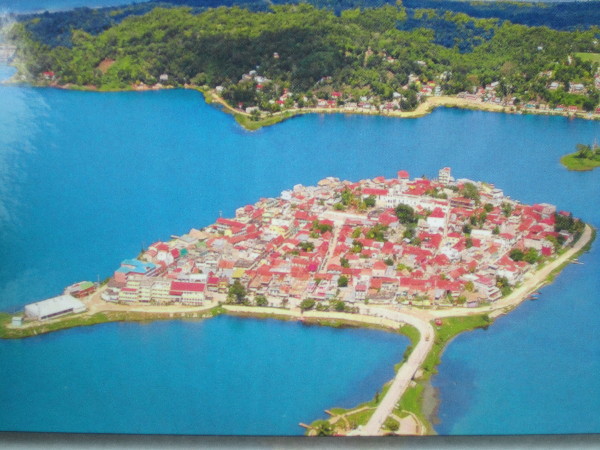 Flores, Guatemala is a small town located on an island in Lake Peten Itza. The town stretches roughly 10 blocks and the island is no more then 1.25 square miles (2 square km). Many people view Flores as simply a bus stop on the way to Tikal. I’d be a liar if my original plan didn’t involve something of the same, where we spent just a few hours in Flores before going to Tikal and then moving on to Belize. However, a long (and crappy) overnight bus ride from Guatemala City left myself and my friends exhausted and not feeling up to visiting Tikal today, so we instead bummed it around Flores. We spent the day wandering the island (which doesn’t take long) and swimming in the lake. I quickly fell in love with the laid back, relaxing atmosphere in Flores, and honestly, if my friends didn’t have a plane to catch in Honduras in 9 days we would probably be staying much longer then the two nights we’ve now planned to stay.

As I mentioned before, Flores is an extremely small island. You can walk the perimeter of it in roughly 15 minutes. It seems as though almost every single business on the island is geared towards catering to tourists. Not only that, it seems that they are not very keen on competition as many of the business (from travel agencies to bars) have set prices for similar products that they are unwilling to negotiate on. While every now and then you can find someone willing to undercut the rest of them I have a feeling they are doing this without the knowledge of the other businesses as they are sure to say something along the lines of “Make sure not to tell anyone this special price!”. Below I’ve got a few pictures of this island I was able to snap today. The first picture however, is a postcard I took a picture of that I bought from a local shop to show you exactly how small the island is. Enjoy the photos!