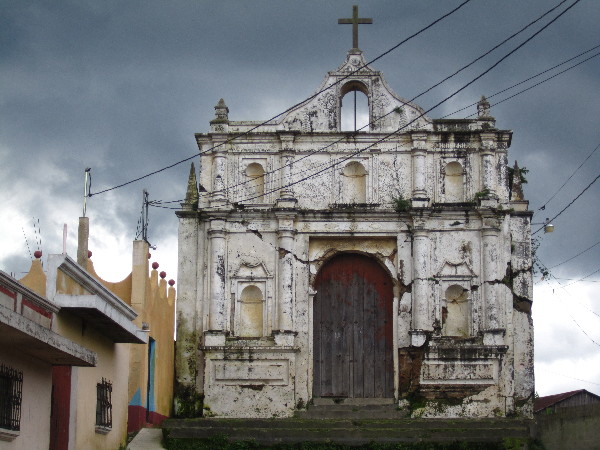 I’m back in Antigua, Guatemala, one of my favorite cities I’ve spent time in on this trip. Antigua is a beautiful city, with a quant Spanish colonial style, an easy 9 block by 9 block set up that is easy to navigate, numerous amazing restaurants and hostels, and dozens of backpackers to meet and mingle with. With all of these positive features of Antigua it is very easier for a visitor to take for granted the numerous other villages that are mere kilometers from Antigua. Although Antigua is a great place to see the Spanish influence on Guatemala, it is these villages, and others like it spread throughout the highlands, that give travelers a true taste of life in Guatemala.

Yesterday my girlfriend and I decided to go to the square of Antigua and take one of the tours offered by the guides who work around the square. We chose a tour that would take us up to the villages surrounding Antigua and we soon piled in to our guide, Carlos’s, car. After a brief background history of Antigua and the valley we were taken up into the foothills of the surrounding volcanos and were able to walk the streets of the numerous villages. No longer was it a group of “gringos” gawking at Mayan women in their traditional clothing, but instead, entire groups of children stopping in their tracks to stare at these strangers walking through their streets. “They don’t see a lot of tourists up here”, Carlos explained.

The buildings and streets did not have the same allure and attractiveness that you can find in Antigua, but the towns and people themselves had a beauty of their own.

Part of a crumbling church remains standing at the end of street. The church was damaged during the last major earthquake in the valley. 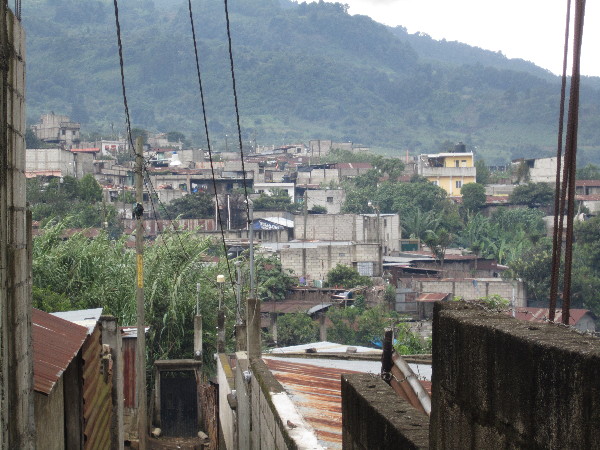 A view of one of the towns built on the side of Agua Volcano. 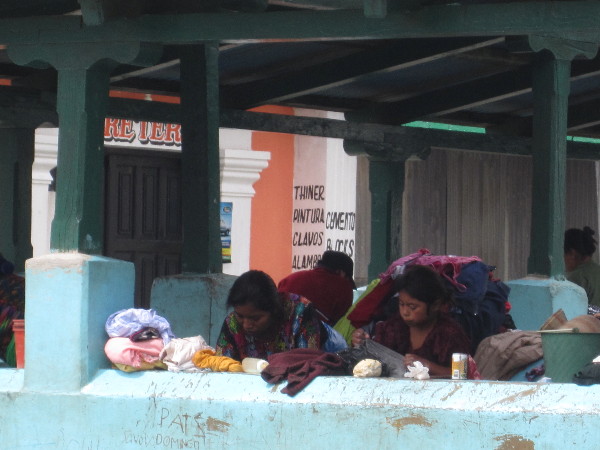 Local Mayan women meet to wash their clothing in the communal washing pools. Our guide told us, that even though many of the families have plumbing and running water, this is still a social tradition that the women keep . 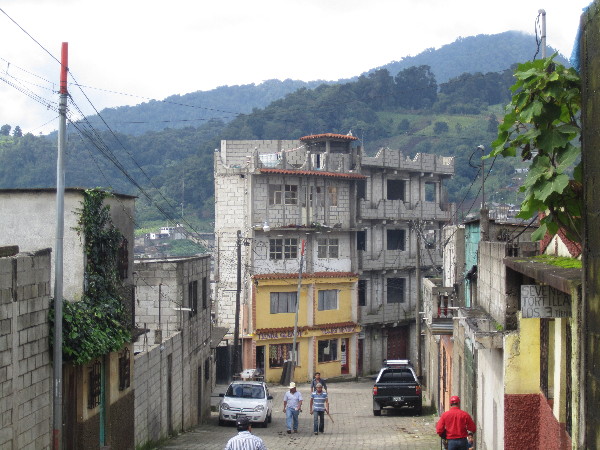 The exterior of many of the buildings is left unpainted with the cinder blocks showing. 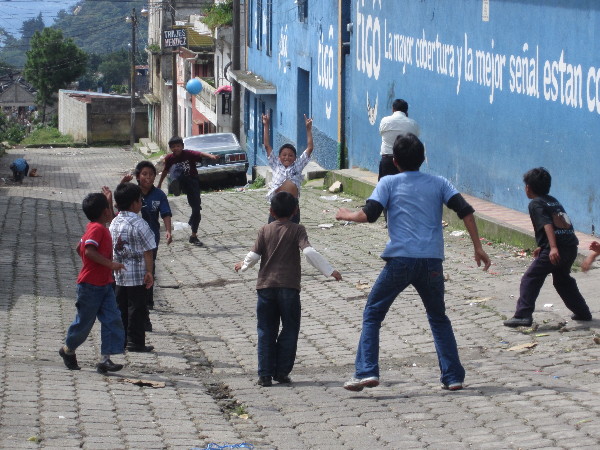 Local children play futbol in the street. Throughout our tour we could hear them yelling “Goalllll!” every time someone scored. 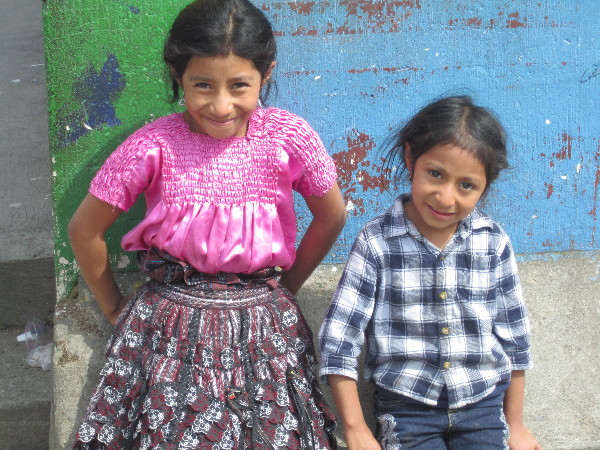 Two Mayan girls pose for a quick picture. After showing them the picture on my camera they thanked me a few dozen times as if I had just done them a favor by taking the picture.

After touring the towns the trip ended with stops at a few local businesses to see a few of the ways the people made a living. 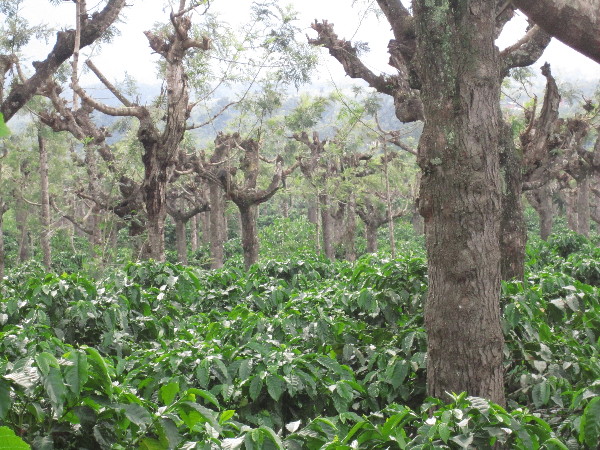 We visited a coffee plantation where a few families lived during the offseason for the crop simply to keep the fields in good shape. When it is time to harvest the coffee some of the plantations hire as many as 3000 to 4000 workers to help with the work. 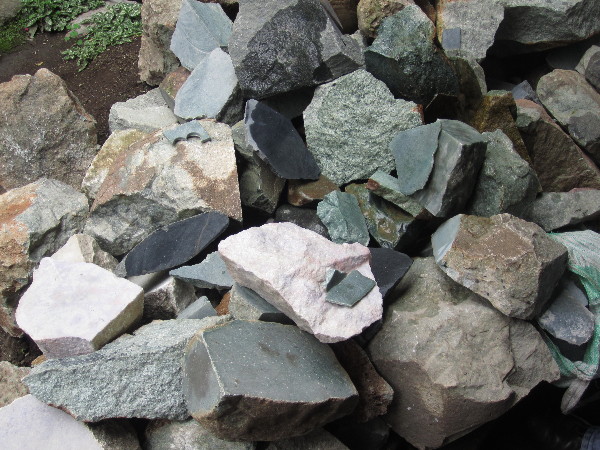 Next we visited a Jade shop in the town of San Pedro. Guatemala is known for its unique Jade and the country is home to over 45 shades of Jade. The lavender shade you see towards the bottom of the picture has only been discovered in Guatemala in the last 12 years. 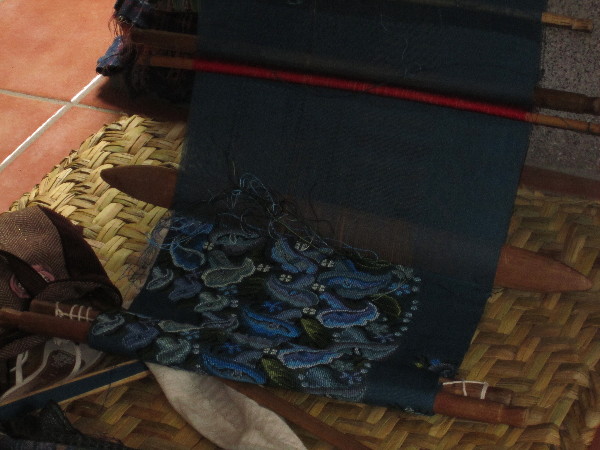 In the town of Agua Caliente we visited a textile shop filled with Mayan women weaving their traditional clothing, table runners, bracelets and other items. The piece being worked on in the picture above will supposedly take over three months to complete. 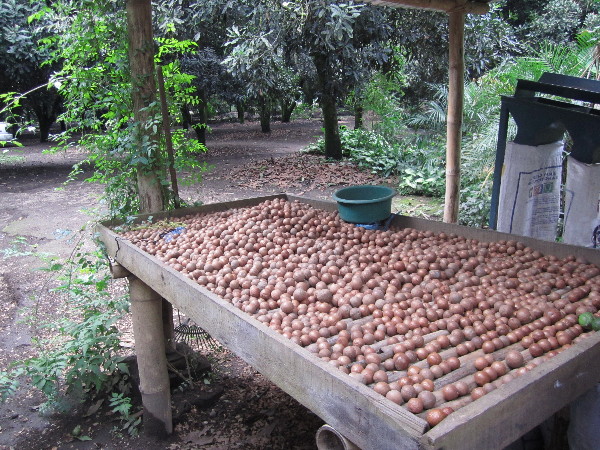 Finally we visited a Macadamia nut farm where they used the nuts to make anything from skin creams to chocolates and were able to employ many locals to work on the farm.