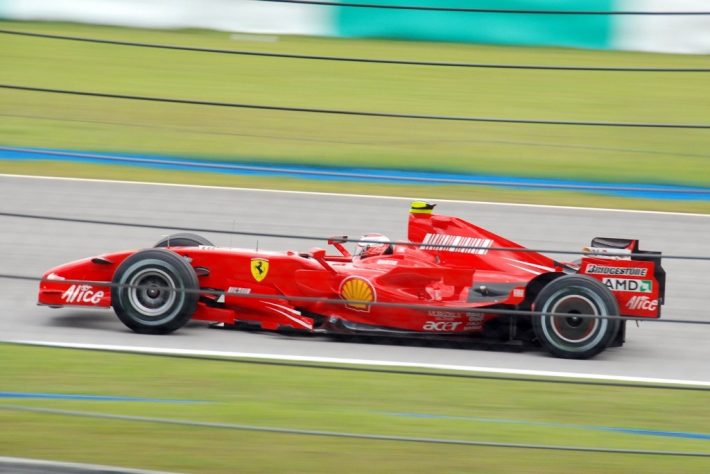 The F1 racing world is a global juggernaut; an expensive, ostentatious tour of fashion, politics, luxury and precision. Itâ€™s a huge circus, basically. I love the absurd extravagance of it all, but itâ€™s essentially the exact opposite of the backpacking world. So whereâ€™s the crossover?

Well, the F1 world tour rolls through a genuinely diverse selection of destinations around the planet. And behind the film set-esque clinical sheen of shiny cars, spotless garages and supermodels are some fascinating and extraordinary cultural locations. Beyond the glitz and glamour of the racing circuit lays the whole spectrum of the backpacker experience: excitement, challenges, sweat, knowledge, food, humility and inspiration. If youâ€™re interested in both track and travel, youâ€™ve got a recipe for some good times.

Okay, so there arenâ€™t many hostels in Monte Carlo or Abu Dhabi, but the F1 parade takes in plenty of less aspirational and more backpacker-friendly destinations, such as Brazil, India, Australia and Hungary. Here is a backpackerâ€™s look at some of the cities behind the circuitsâ€¦ 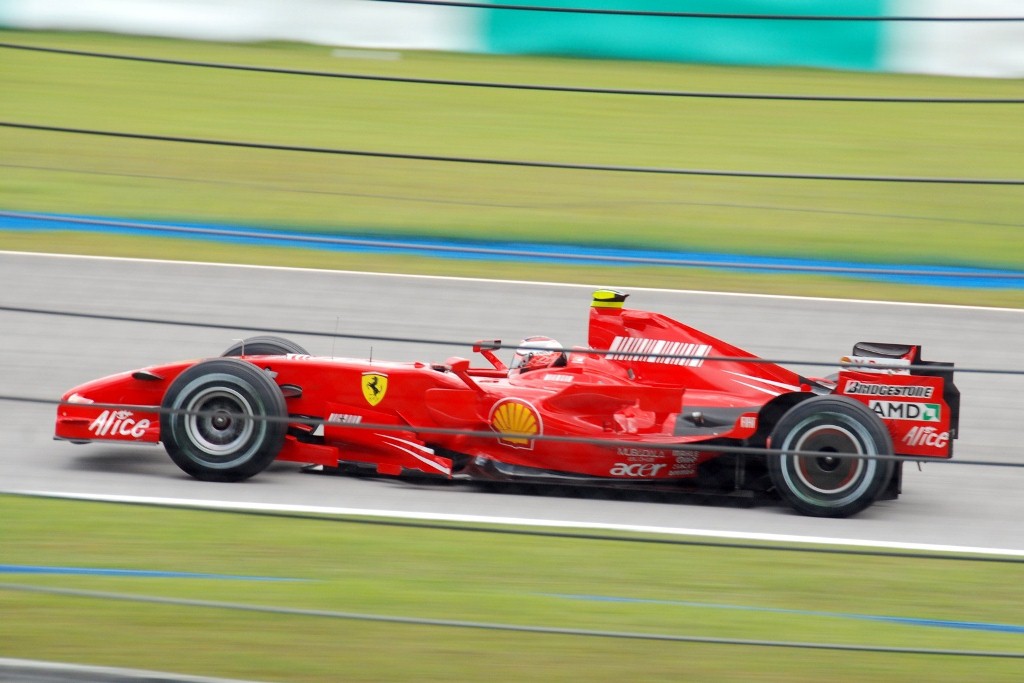 Novemberâ€™s F1 pit stop in Brazil centres on the historic Interlagos track. The backdrop to the racing showdown is the behemoth urban sprawl that is Sao Paulo. Which is not the more exotic traveller stop-off Rio de Janeiro. Nor is it even Brazilâ€™s capital (thatâ€™s Brasilia, fact fans). But Sao Paulo has lots to offer independent backpackers. And so it should, with a population in excess of 17 million. The city has plenty of shopping galleries, museums and malls, plus bars and restaurants where you can enjoy Brazilian cocktails like the Caipirinha (sugar cane, lime, ice and sugar) and hearty native dishes like Feijoada. After just a few days immersing yourself, youâ€™ll begin to feel like a true Paulistano. 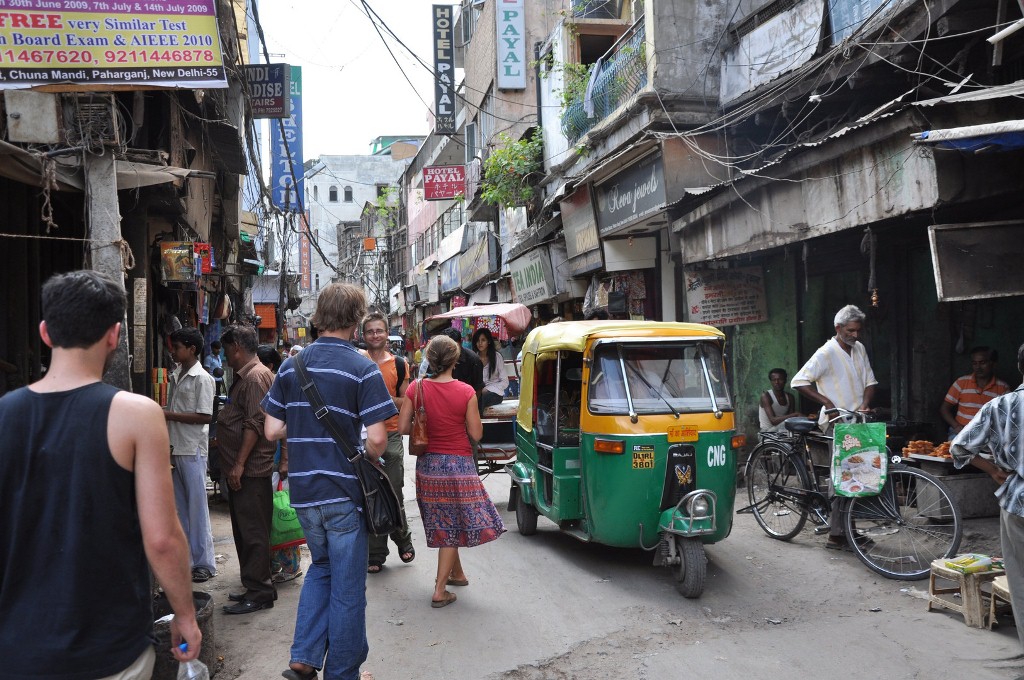 Indiaâ€™s Buddh International Circuit is a recent addition to the F1 calendar, having hosted just a couple of races since its debut on 2011. The Indian Grand Prix has gone down well with race fans, but thereâ€™s a whole world to explore beyond the grandstands. Some travellers use New Delhi as a springboard to more exotic pastures, but staying put to discover local offerings first is a better idea; thereâ€™s the Red Fort, an impressive 17th Century battlement; Jama Masjid, the largest mosque in India; Rajpath, a beautiful and serene collection of gardens; and Humayunâ€™s Tomb, a sort of quieter, thinking manâ€™s (or womanâ€™s) Taj Mahal. 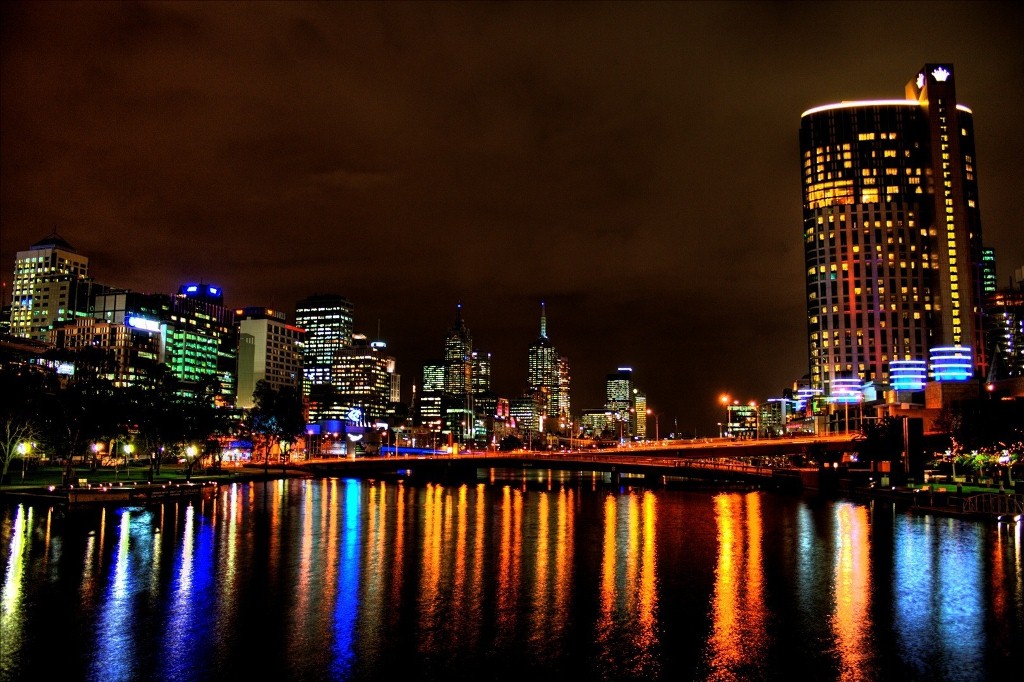 Australia is traditionally the F1 season opener, and allows a glimpse of what the different racing teams have been cooking up in the development factory over the winter. Itâ€™s also your chance as to see a different side of Oz â€“ this isnâ€™t the Down Under poster girl Sydney or the brash beach fun of the Gold Coast. Melbourne is a thriving town with a beating cultural heart, but the climate and populace are more moderate. Pretty much everyone agrees that Melbourne has the best bar and restaurant scene in this part of the world, so go grab a quality bite to eat (think award-winning seafood rather than a shrimp on the barbie) and chill with a glass of chilled Aussie chardonnay. Aside from F1, sport here is big so catch some cricket at the â€˜Gâ€™ (Melbourneâ€™s Cricket Ground) and maybe a spot of tennis when the ATP Australian Open rolls into town. 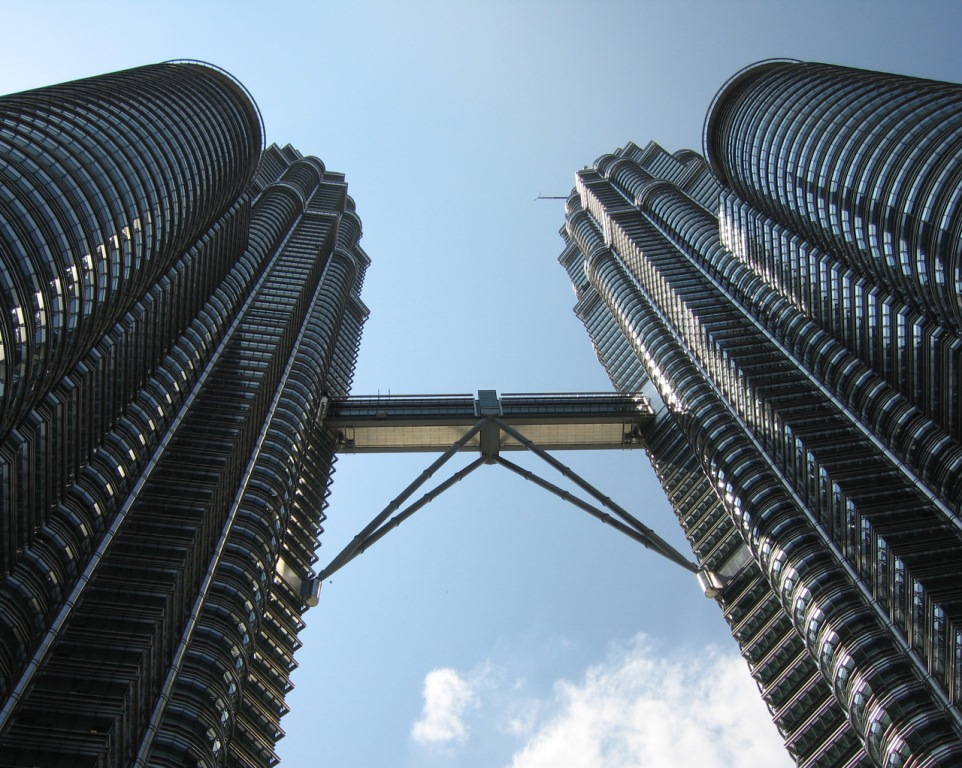 The early-season stop at the Sepang Circuit usually promises overtaking, excitement and the frequent threat of rain â€“ which always makes for an interesting race. Kula Lumpur is the even more intriguing urban engine that powers the event from a distance; itâ€™s already a well-loved city on the Asian backpacker trail, and a great place from which to explore the region. This hot and humid metropolis will melt you emotionally and physically, with its mix of seriously tropical weather and disarmingly appealing culture. Home to the iconic Petronas Towers, the city has plenty of wonderful experiences in store, such as a visit to the Batu Caves, the humbling Masjid Jamek Mosque, the culinary joys of Jalan Alor Street and the tranquil Lake Gardens. 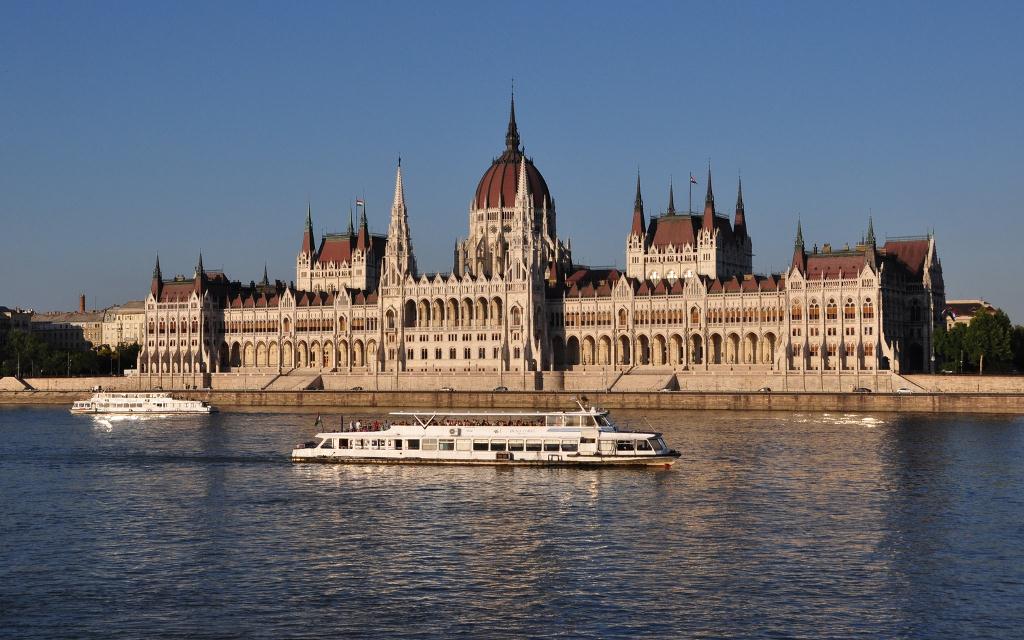 Okay, time to level with you: Hungaryâ€™s Grand Prix at the Hungaroring is one of the boring circuits of the F1 calendar. But that doesnâ€™t mean its nearest city is a dullfest. Budapest is a seriously awesome place. Conveniently on the InterRail route, Budapest (pronounced boo-da-pesht, pronunciation fans) has lots going on. The city has heaps of â€˜ruin barsâ€™ â€“ run-down buildings housing dozens of bars within it. Thatâ€™s cool. Then thereâ€™s the food; sausage, goulash and stuffed cabbage â€“ yes, really â€“ are the tasty staples, and Palinka (fruit brandy) is the drink of choice. There are also Turkish baths, great walking tours and big markets â€“ the Central Market is a good place to hunt for souvenirs. 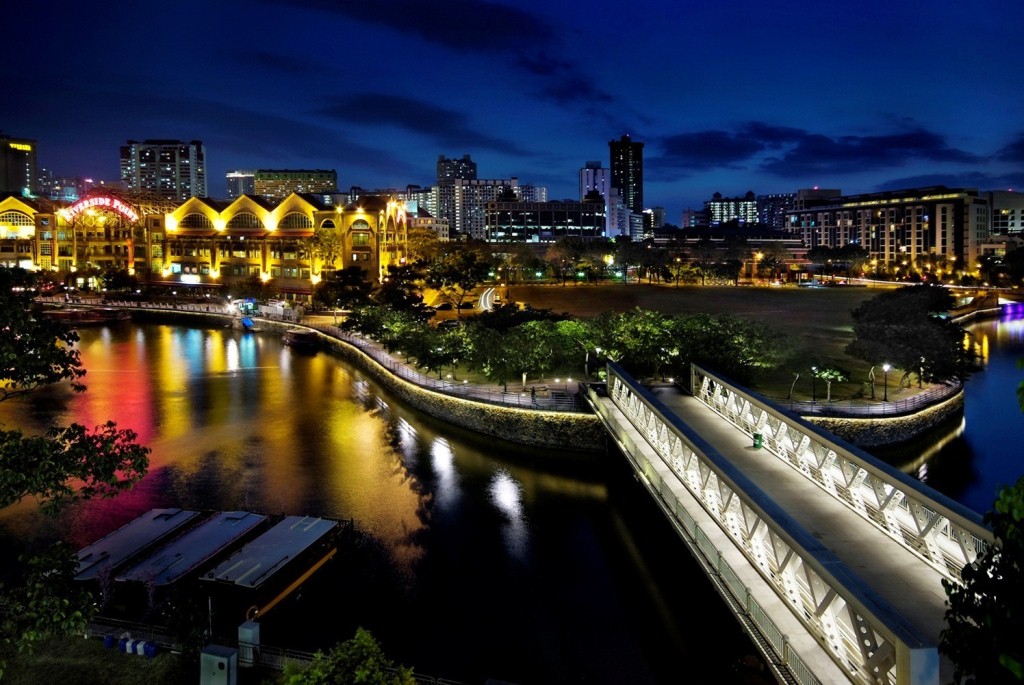 The Marina Bay Street Circuit has become an instant classic in the F1 calendar. Itâ€™s the only proper night race of the year, and seeing cars zooming through the city state streets at high speeds to a backdrop of shiny skyscrapers and the bright commercial hub of south-east Asia is a joy to behold. The marriage of Singapore and F1 is a sexy one, and although itâ€™s not a cheap place to spend time as a traveller there is plenty of cool budget-accommodating stuff to do. You could take a night-time safari, rise 165 metres in the air on the Singapore Flyer (a â€˜big wheelâ€™), check out the Marina Barrage freshwater reservoir, and, of course, indulge yourself in some crisp cocktails, sharp styles and fantastic food on Clarke Quay.

Andrew Tipp writes on behalf of Adrian Flux, a UK-based provider of off-road and 4×4 insurance. Andrew is an author, blogger, editor and presenter. He has spent more than a year volunteering and backpacking around the world, and has previously worked as an editor for gapyear.com. His favourite part of the world is South America, particularly Bolivia and Peru. He loves Formula 1, and often asks his car passengers to pretend theyâ€™re his race engineers talking to him on the radio.