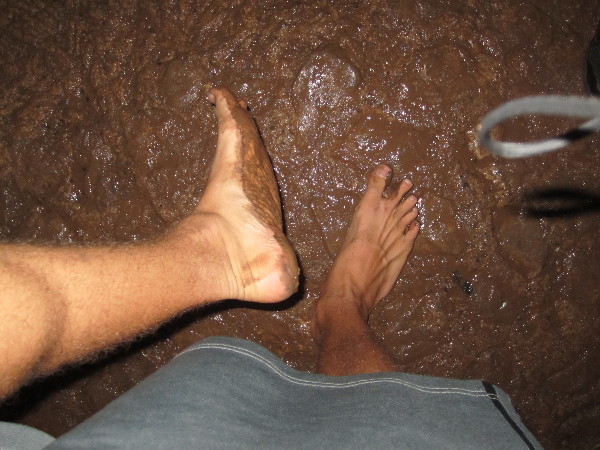 To be totally honest, upon returning from 5 weeks in Central America, I felt pretty lucky to have all of my most valuable belongings still with me. I didnâ€™t have any problems with my laptop and no one tried to snag my debit card or passport. These had been the main worries and I was happy to have had them all on my return flight with me. There were a few smaller items, however, that werenâ€™t as fortunate and didnâ€™t make the trip home. Some of the losses were to due dumb luck, but most were due to the inexperience I had as a backpacker and my continuous habit of rushing to pack everything up in order to catch whatever ride I had booked to my next destination.

3 Pairs of Sandals â€“ Yea, I was only gone for 5 weeks, and I wore a total of 4 pairs of sandalsâ€¦ I brought a decent pair for casual walking that broke on day two of my trip when they snagged on a cobblestone street just outside of Antigua, Guatemala. From there on out it was a constant battle as every pair of sandals I purchased were just cheap pieces of crap, all of which I bought for under $3. Needless to say the cycle continued and I broke pair after pair, but Iâ€™m happy to say the last pair I purchased in La Ceiba, Honduras made it all the way home and Iâ€™m still wearing them as I type this!

1 Swimsuit â€“ While in Lanquin I visited Semuc Champey and spent a majority of the day either in the water of getting rained on. When we returned to our hostel we had a ton of soaking wet clothes, towels and bags and not many places to hang things, so I opted for the rafters for my favorite bathing suit which seemed like a reasonable solution at the time. Unfortunately in the rush of packing to catch our 8am bus I completely forgot about my bright green trunks and now a happy Guatemalan is probably sporting themâ€¦ Or they just laughed and said â€œStupid gringo, why were you wearing these hideous things anyways?â€

1 Pair of Boxers â€“ Underneath my bathing suit (technically board shorts with no netting) I wore my favorite pair of boxers. No joke, they both really were my favorite. Needless to say they stayed in the rafters with my swimsuit back in Lanquin.

2 External Microphones â€“ While cruising the coast of Belize we were constantly getting in and out of the water, and I was constantly pulling out my camera and video camera to try and catch everything I could. Unfortunately I wasnâ€™t as careful as I should have been and both my Sony mic and AudioTechnica mic got wet and are no longer with us, but at least I got this awesome video!

1 Pair of Sunglasses â€“ My least expensive loss was my T.J. Max â€œAviatorâ€ Sunglasses. These babies were doomed from the start by the mere fact that they only cost about $7. First the small plastic pieces that sit against your nose fell off making them fairly unpleasant to wear, and finally one side bent and broke right off. I left them in a trashcan in Belizeâ€¦

1 tshirt â€“ I have absolutely no idea where this shirt went. Luckily it was just an old tshirt I wasnâ€™t very attached too. It was probably lost during one of my hurried packing attempts that were, as I mentioned before, a constant theme of the trip.

1 extra battery for my camera â€“ Once again I have absolutely no idea where this went. I had two more so it wasnâ€™t a huge issue but there were a couple of days that I either forgot to charge both batteries and could have really used a third or that I just took so many damn pictures I ran out two batteries. And yes, that takes a lot of pictures to accomplish.

1 pair of sneakers â€“ Once again I found myself rushing to pack. This time for our sailboat trip down Belizean coast I left my shoes under my bed. This was probably the biggest lose of the trip as I wear size 13 shoes and quite frankly those are pretty damn hard to find in Central America. When you do find a pair, they want to charge you an insane amount of money knowing you aren’t going find anymore for awhile. So instead of sacrificing any pride and buying overpriced shoes I hiked through the Lanquin bat cave and around the hills of Semuc Champey shoeless so that I wasnâ€™t slipping in my sandals and it was far from a pleasant experience.